We beat Texas in Women's Swimming. That's gotta count for something!

After an exciting first half that saw Cal squander multiple opportunities, the Cal band came out to do the music of Pixar!Go Pixar! 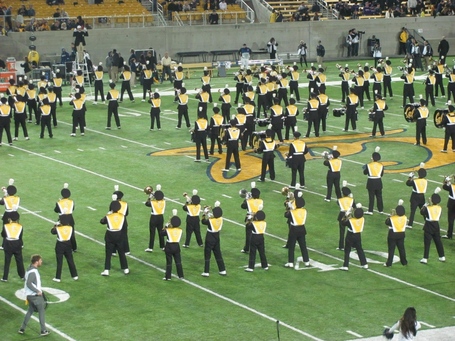 They even released pink balloons, presumably for the movie Up (which I have never seen). The balloons were as gorgeous as a plastic bag floating in the air! 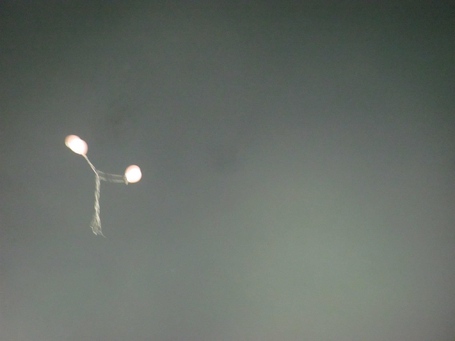 I think that these are Cal alums who currently work at Pixar, but I'm not 100%. I BRING YOU SO MUCH PIXAR-RELATED KNOWLEDGE. YOU ARE ALL WELCOME! 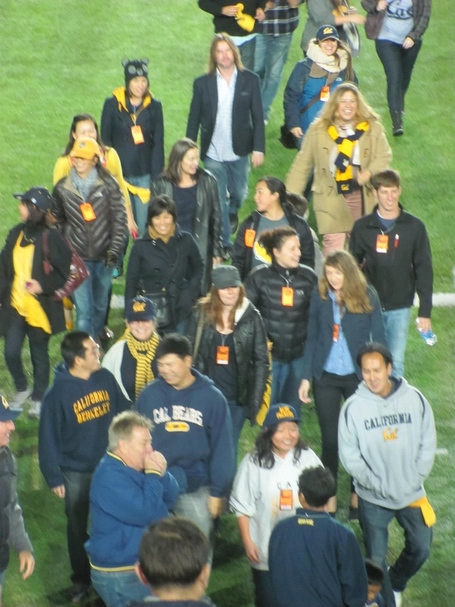 Allan Bridgford came out and was warming up prior to the start of the second half. I kinda absent mindedly thought "I wonder if he'll end up playing today." It is what it is that he ended up getting playing time, I just wish it hadn't been based on such a dirty play and bad injury for Zach Maynard. 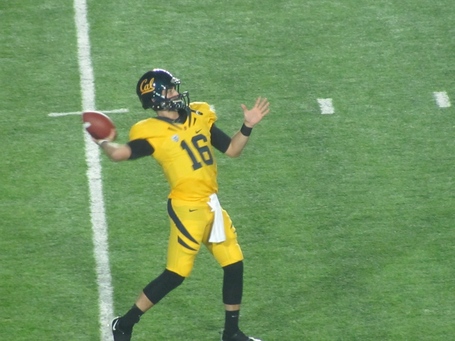 Here, we see Cal at 2nd and 31. Again, putting themselves in bad positions. 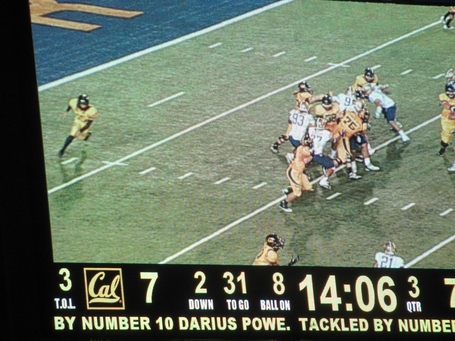 However, two C.J. Anderson runs later, Cal had a first down! GO BEARS! I'll miss Anderson when he leaves. 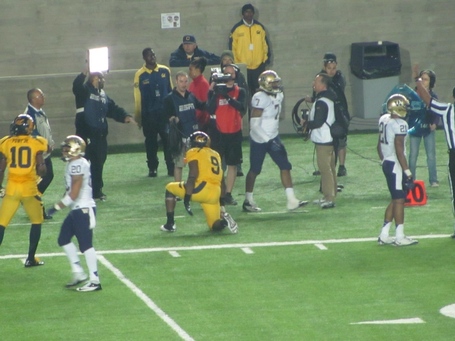 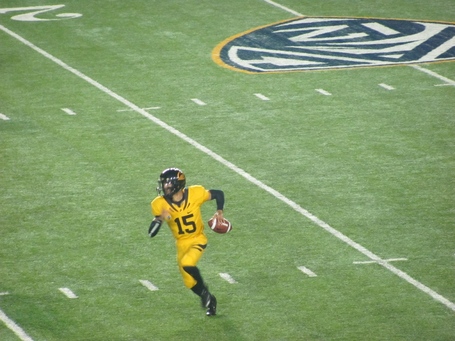 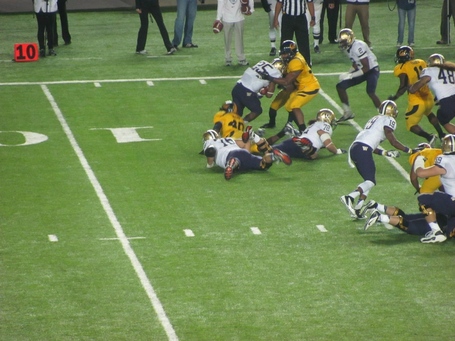 UW saw our 2nd and 31 and said "LET'S DOUBLE THAT!" Not mathematically, but just in the spirit of ineptitudeosity. They went all in with a 3rd and 29! 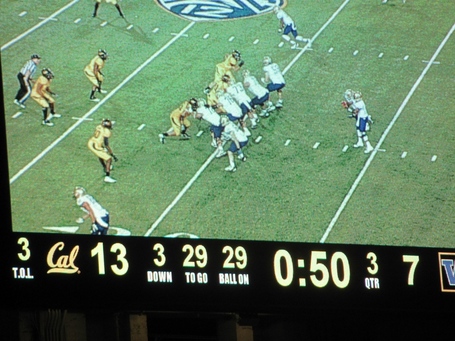 Steve Bartkowski is one of Cal's greatest QB. And, since Alex Smith beat out Aaron Rodgers, the only Cal player to go first overall in the NFL draft. He was honored at the game. 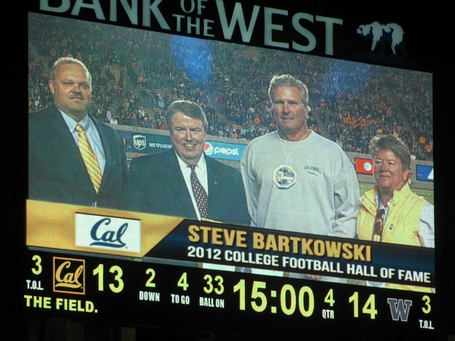 The atmosphere at the game was kind of weird. There were not a lot of fans there (42,000 announced, but easily less). And the UW fans were making a decent amount of noise. But you could tell the Cal fans wanted to explode. If you were there, you were probably a die hard. You WANTED Cal to give you something to go crazy for. There were certainly moments, but nothing sustained throughout the game. UW managed to take the crowd out of it. 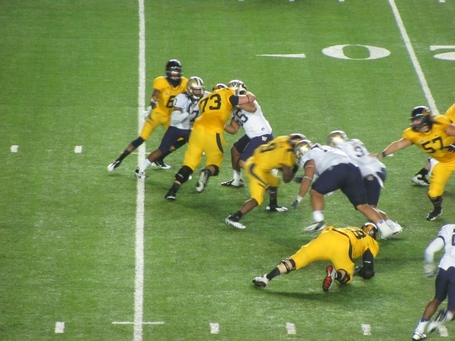 We saw a bit too much of this on Friday night. 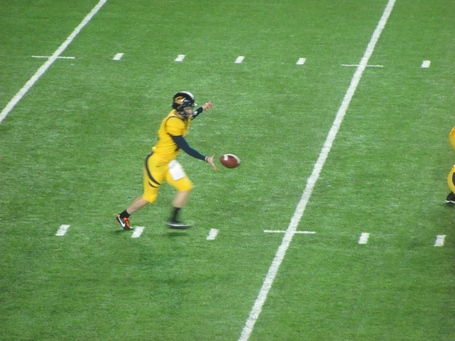 This was some weird thing where they put a pair of sunglasses in front of the camera and spastically lookeda round the student section or something. Seemed oddly creepy. But I did manage to grab a shot of the Unicorn guy. I had seen him walking down the aisle and thought I should find him later for a shot. I then proceeded to completely forget, so I'm happy he showed up on the big screen later. Go Unicorn Guy Go! 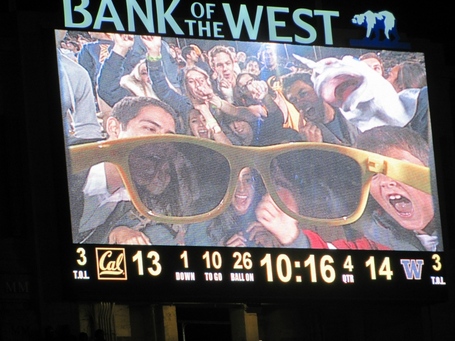 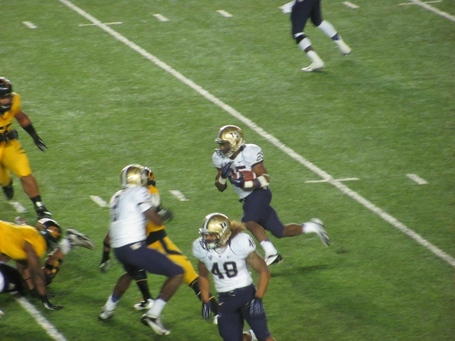 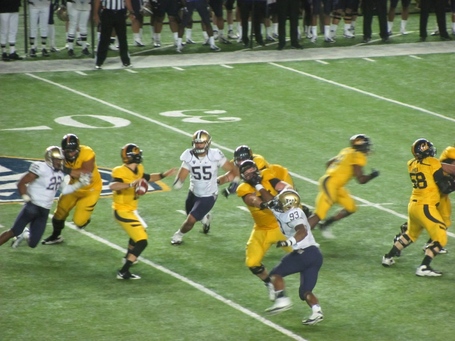 Cal had tons more chances in the 2nd half to win the game. They just couldn't take advantage of their opportunities. All the breaks were going UW's way. They scored a TD on one of those classic "Almost sack the QB, somehow he barely gets away and throws a 30 yard TD bomb" plays. Those always seem to happen against Cal and not for Cal. 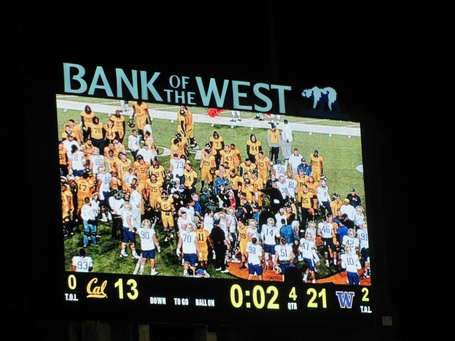 A friend of mine told me that after the game he saw Cal players yucking it up with Tosh. I guess if they don't hate him too much, what right do we have?