The 2013 Golden Bears recruiting class just keeps getting better and better. After the commitments of heralded guards Jabari Bird and Jordan Mathews, Mike Montgomery and crew have added combo guard Sam Singer (Ransom Everglades HS, Florida) to an already strong core. The addition of Singer is truly music to any Cal fan's ears, as the skilled combo guard adds even more depth and versatility to the future potentially brilliant Bear backcourt in Berkeley. Let's take an in-depth look at the newest member of the Cal family, shall we? 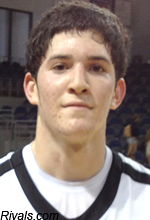 With an impressive combination of smarts, size, strength, shooting, and court vision, Singer has the potential to be a very solid player at the next level. His three-point shot really stands out as an elite tool at the moment that is almost surely to translate to the college level, as the Miami product possesses silky smooth touch from beyond the arc.

At 6'4" and about 180 pounds, impressive passing ability, and a heady game, Singer should be able to play both the 1 and the 2 for the Golden Bears. Assuming Justin Cobbs stays for his senior season, the Golden Bears will have three true combo guards in Cobbs, Singer, and Tyrone Wallace. And that's not even mentioning Jordan Mathews, who, if he improves his ball-handling, would also fit into this category. That is a lot of flexibility and versatility in the backcourt. Eric Wallace highlights Sam's ability to play multiple positions:

At one time strictly a point guard, Singer has turned himself into a scoring threat while playing both guard positions. "I've improved playing off the ball. I grew up being a point guard and now I have been able to play without the ball and learn how to move without it," said Singer who is making nearly 2.5 three point field goals per game this season.

Singer's talents have translated into some big time performances that resulted into some pretty heavy competition for his services. During his junior season, Sam put up a huge 51-point game for his struggling Ransom Everglades squad. That huge effort was no anomaly: on the season, he averaged 34.1 PPG, 7 RPG, and 6 APG. The kid can put up some serious numbers. He also impressed against some other top talent in the Gold Coast Classic:

Singer, has taken his game to another level at the tournament and is looking like the top underclassmen in attendance. He went off for 18 first half points against the Miami Tropics. Singer scored attacking the basket, mid range jumpers and knocked down open three's. He has great court vision and is an active defender.

Singer's only true weaknesses lie in his lack of speed and athleticism. He is a good defender, though ultra-athletic guards could give him trouble at times. Thus, the combo guard's upside isn't quite as high as the other guards in Cal's recruiting class. However, given his high hoops IQ and solid overall play, Sam's floor is quite high. He is a good bet to become a solid all-around performer and terrific shooter. In other words, he is the type of player Mike Montgomery loves having in his program and has traditionally molded into an all-conference type talent.

The Golden Bears made the addition of a point guard a priority in the 2013 class and Mike Montgomery and company had their eyes set on the solid Sam Singer, who placed a huge emphasis on education throughout his recruitment. And, as has been the case often so far in this recruiting cycle, Cal emerged from this recruiting battle victorious. Ryan Gorcey of BearTerritory.net details his recruitment

Fresh off of in-home visits to top targets Marcus Lee and Torren Jones in recent weeks, the Bears were intent on taking a point guard in this class, and during Singer's in-home visit with the Cal staff at the end of September, he was told just how valuable he was.

Singer was first exposed to Cal in late June, when he and his team tripped out to Berkeley for the Bears' annual team camp. Singer got to experience the coaching style of the Cal staff and compete on the floor of Haas Pavilion, which he will call home for the next four years...

Singer had some early interest in Stanford -- even paying the Cardinal a visit after he was through with his Berkeley experience -- but all along, it was the Bears that held the lead.

Singer's addition gives Mike Montgomery even more flexibility with his squad, which will have its share of multi-positional players. It also gives Cal some insurance and depth in case Justin Cobbs decides to leave for the NBA Draft after the season, a possibility, though admittedly unlikely.

With Singer's commitment, the Golden Bears are set in their backcourt, and will now move on to the big men. Cal's two top targets at the moment, Marcus Lee and Torren Jones, both think highly of Cal. Lee recently narrowed his finalists to Cal and Kentucky. While most might give up hope at the mere mentioning of Kentucky as the other finalist, it is believed by many that the Bears are actually leading in his recruitment. The Bears are right in the thick of things for Jones as well. The backup plan here seems to be German import Gavin Schilling who is currently playing at Findlay Prep.

Teams like Arizona and UCLA are getting most of the buzz in the Pac-12 this season, but with the talent infusion occurring in Berkeley, expect the Golden Bears to stick with the top teams in both the short and long term, and, in doing so, steal some of that buzz for themselves. A very powerful, exciting team is taking shape in Berkeley. National relevance is on the horizon. Good times.