Wow. That sucked. Oh well. Here are some photos. Try to hug a friend.

Share All sharing options for: Big Game 2012 Photo Essay I: First Half

That was less fun that I anticipated. I actually, genuinely had hope we would beat Stanford. Perhaps I am naive. Perhaps I am a Pollyanna. Perhaps I don't think no gud! Either way, I was happy to have the Big Game. The atmosphere was a lot of fun. Even at 9 AM on a Saturday morning (goddamn noontime start), there was a lot of activity in the streets. You can even see some Stanford students heading to the game here: 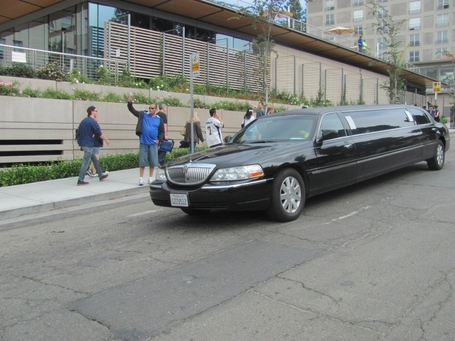 I was not able to make it to the game in time for the pre-game musical festivities. Thankfully, valued reader CalBear81 has some video for us. Here is the Stanford band doing something.

And here is the Cal Band with their pre-game show:

As is tradition, the Cal band and Stanford band joined forces to play the Star Spangled Banner:

I was running a bit late and entered through the southern entrance instead of the northern entrance. This did give me the opportunity to literally enter through the Stanford band as it was exiting the field. I was the salmon swimming up stream to spawn.

They appeared to be dressed in wacky costumes! How not forced at all. 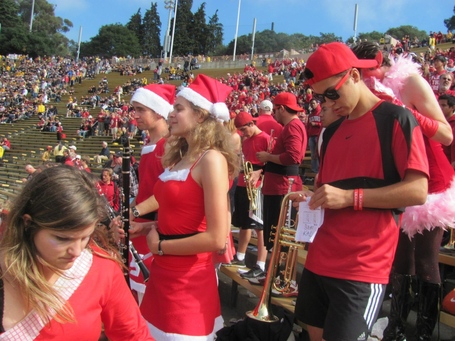 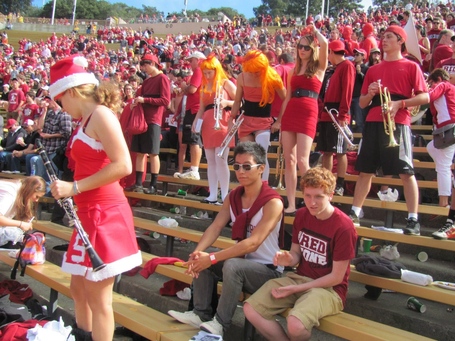 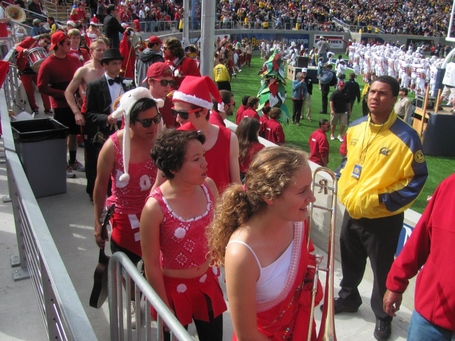 This guy appeared to be marching a violin. 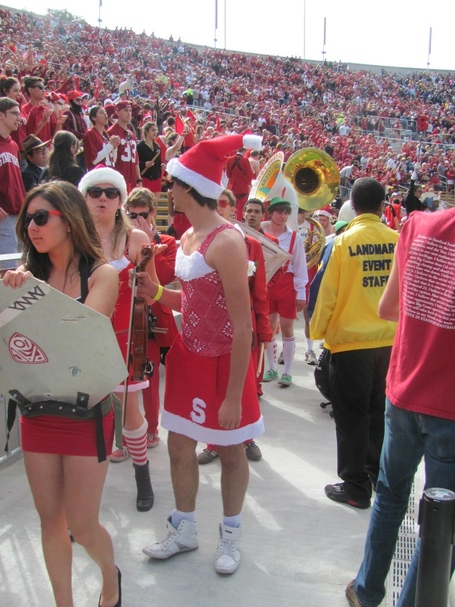 Here is this year's incarnation as the tree. I felt as if I saw a woman in there. I always try to see who is inside the tree.

I was trying to find out more info about this year's tree and I ran across this tidbit:

To this day the position of Band Manager is conferred from one generation to the next with 4 seconds left in the Big Game in commemoration of The Play.

I wonder if the October Big Game really screwed over that Tradition for the band. 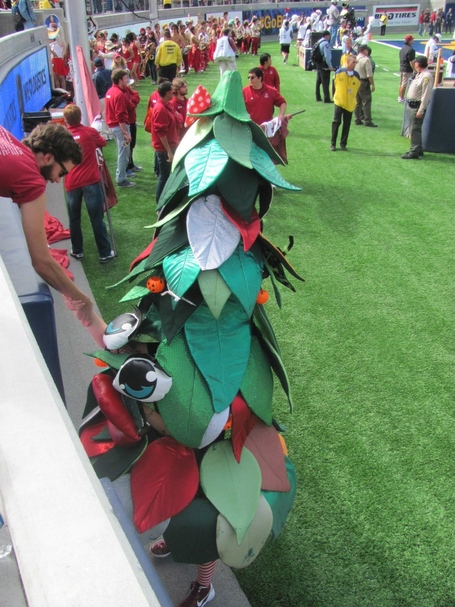 The team came running out and made their way to the southern end zone for prayers etc. 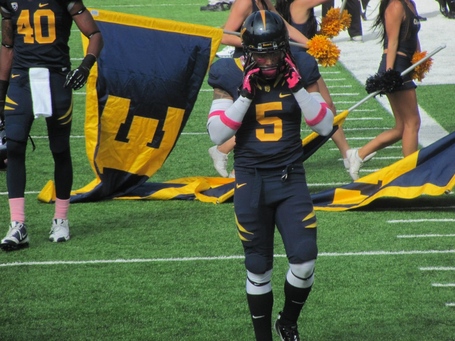 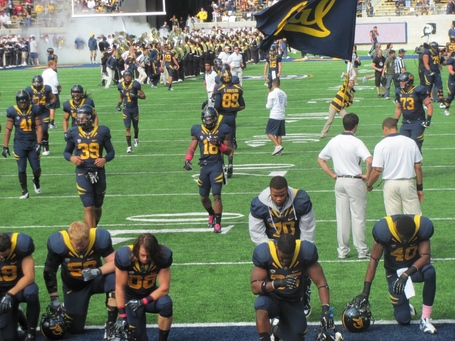 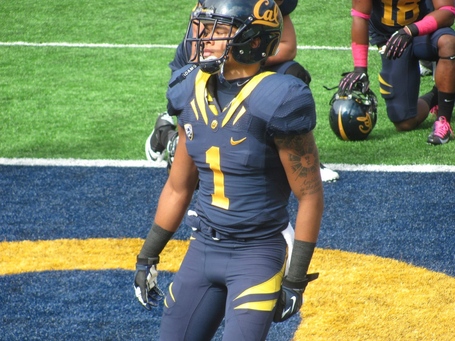 And soon the game was upon us! You can click on any of these photos to make them larger.

There is something to me about the pure white of the Stanford unis and the dark blue of the Cal unis that makes the Big Game seem extra football-y. It's hard to describe, but it just seems more special than the average game. College football is all about tradition and this is a tradition dating back to 1892. 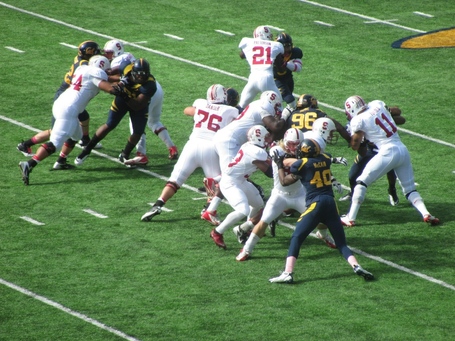 A brief moment of Cal stopping the Stanford running game. 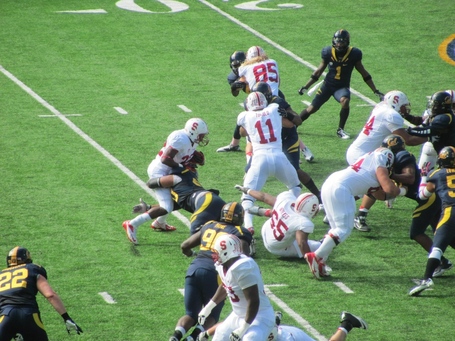 The men's basketball team was announced. They have a public practice coming up on Halloween. 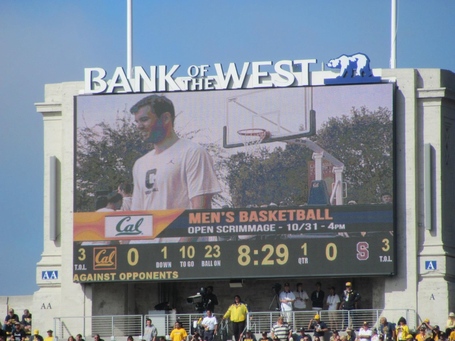 And here we have Cal almost scoring a TD! 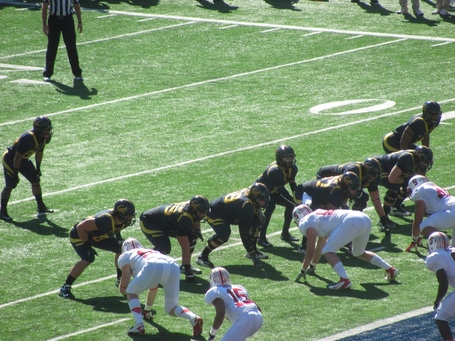 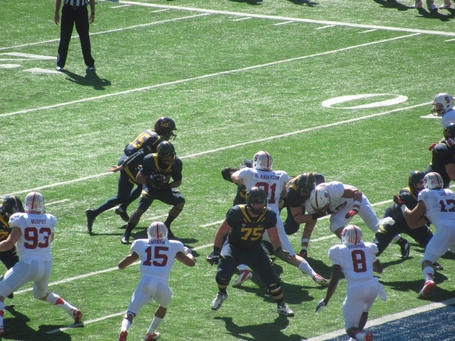 Here is Cal professor Alex Filipenko. He is an extremely popular professor on campus. I loved his shirt, which said "My PIN is the last 4 digits of Pi." He spoke to the fans and then they showed a video of him talking about a recent trip on the Blue Angels. 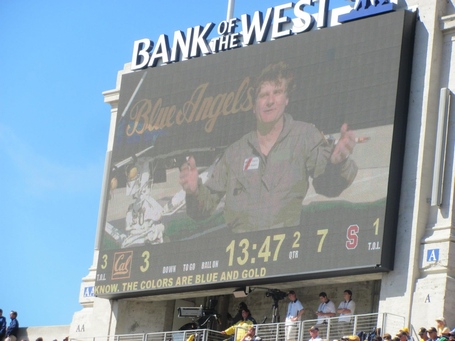 Here, some players were talking about their favorite Halloween costumes. Keenan Allen seemed to like being Karate Kid. 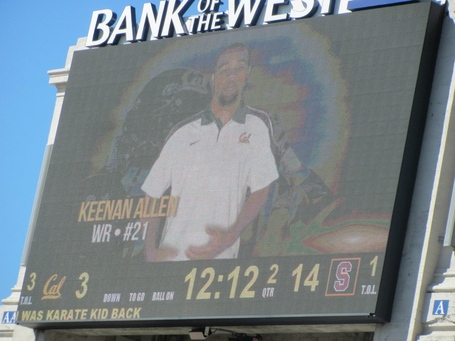 They had the teaser video for ThisIsCalBasketball.com, WBB's updated website (which goes live in a few hours). 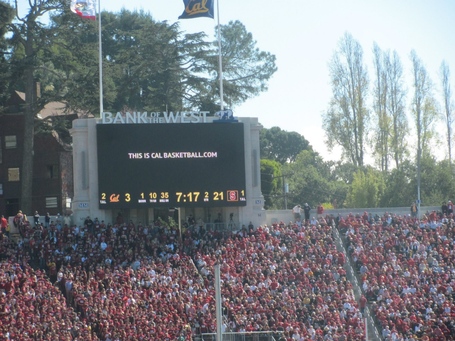 Right before they showed that video, Layshia Clarendon came walking up the stairs near me. And then she was on the big screen. What a world.

Here, some of the WBB team members come out to accept a cartoonishly oversized check. I always wondered how one cashes these sort of things.

And there you go. Not a lot of game action, because most of the first half seemed to have the action away from me. But do you even WANT to see the game action here??? In the next post, 2nd half action, including the halftime shows and the streaker!