Roflcoptering on to Victory moves into sole possession of first place - who might be able to catch him?

Is Roflcoptering opening up a lead on the rest of the field?

Time for a little Limp Bizkit here.
Let's summarize each matchup with a YouTube clip. 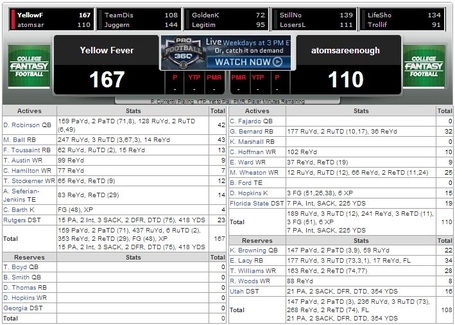 Chris Jericho - "King of My World" (Saliva) (via GooseberryGill) 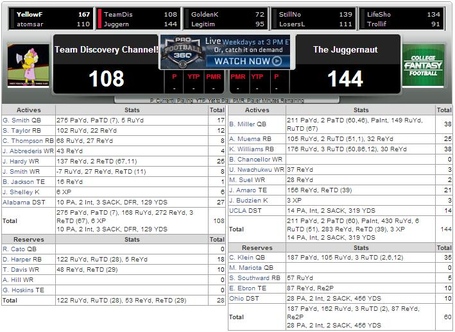 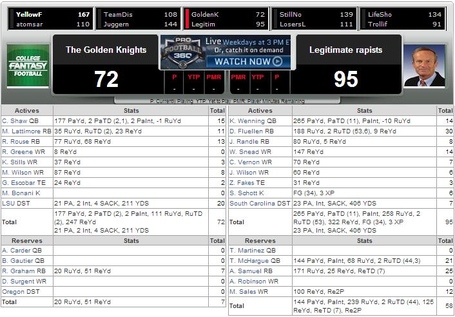 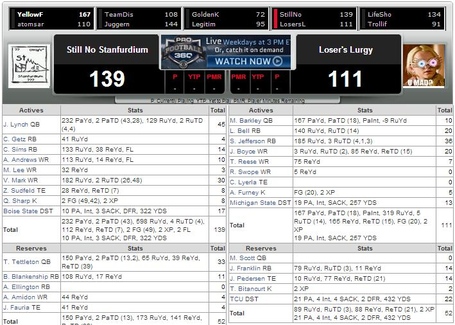 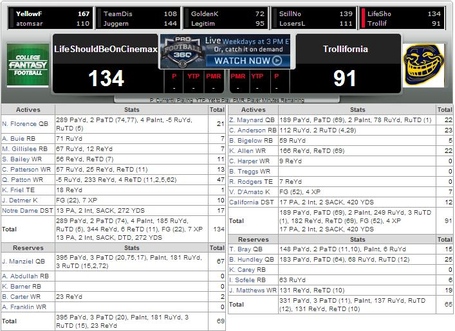 Cinemax: Skin to the Max Trailer (via Cinemax)