Just in case you thought the first set of Cal-ASU photos wasn't enough, we have more!

Here are the first half photos. As I noted there, it was National Championship week. During the game breaks, they'd bring out our champions to get a wave and a nod. During halftime, they all came out onto the field to be feted! Go Bears! 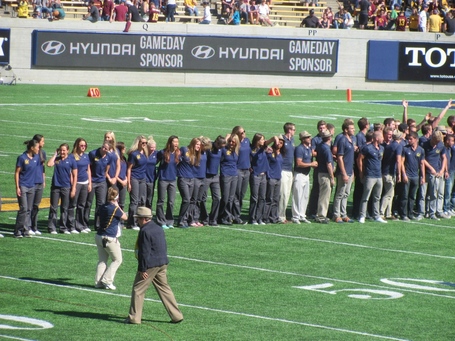 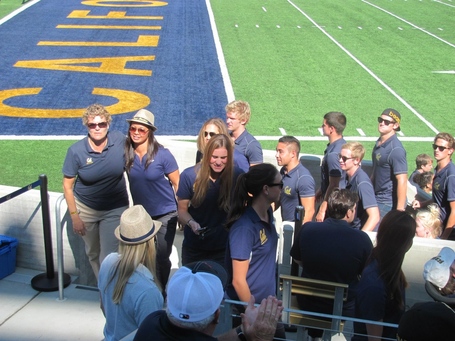 Remember, if you want to see the photos bigger, just click on them.

Why am I including this photo of a metal stump? Well, because this use to be the MASSIVE structure that held up the field goal nets on the north side of the field. The poles were SO big that fans complained about their views being blocked. So, Cal took them down and here is the proof.

Interestingly enough, they did not take down the same versions on the south end of the field. Why? Because who cares if the visiting fan's views are blocked? Not me! That's not who! 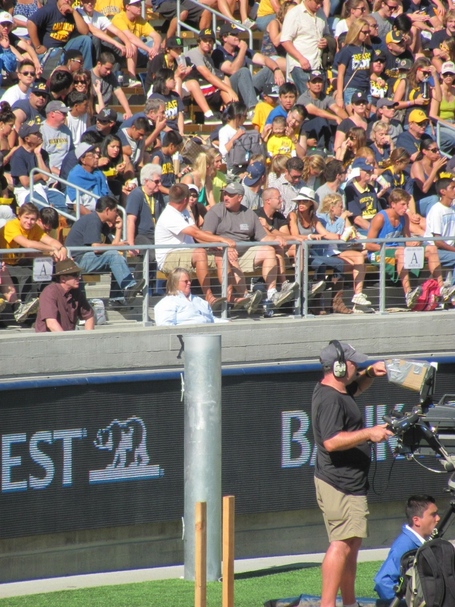 A video of some players saying what their favorite NFL team is. I continue to struggle to hear what the people are saying on the video board. I don't know if it is because I have bad hearing or the players are mumbling or the audio is bad. They should bring the subtitles back. 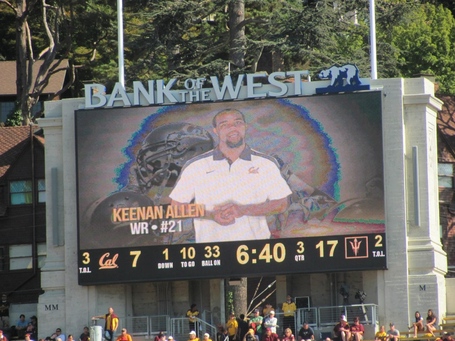 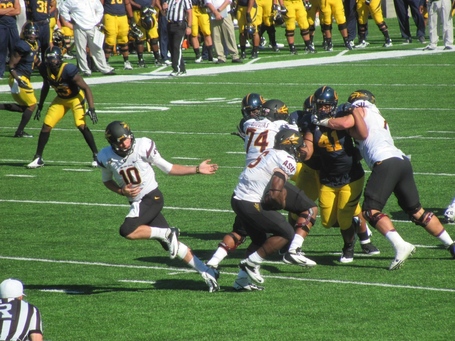 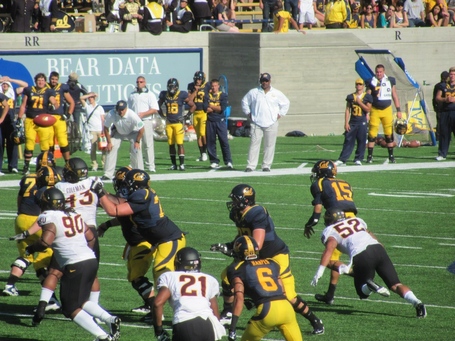 Points on the board! 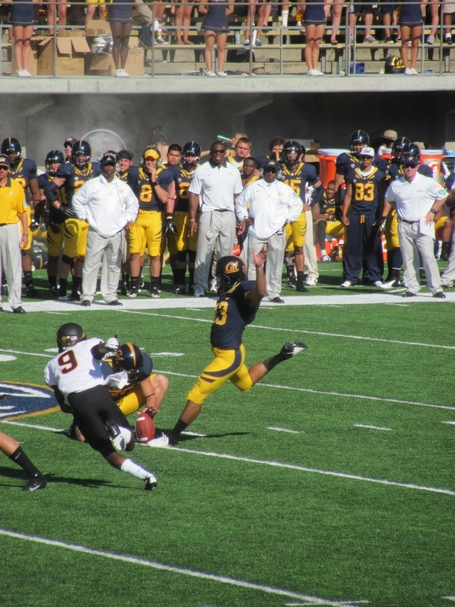 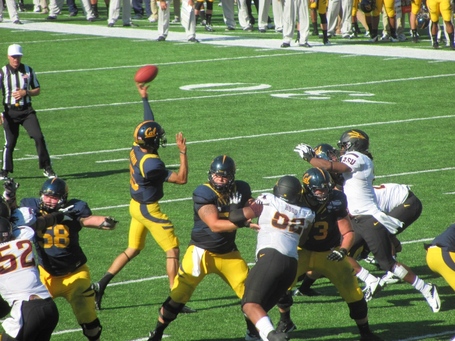 And we lost! D'oh. Next Cal game loss of the season is against UCLA in a week. 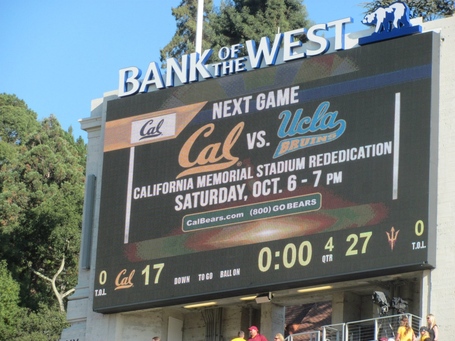 The ASU fans were going crazy. First win in Berkeley since the mid 90s. The team came over to celebrate with the fans! 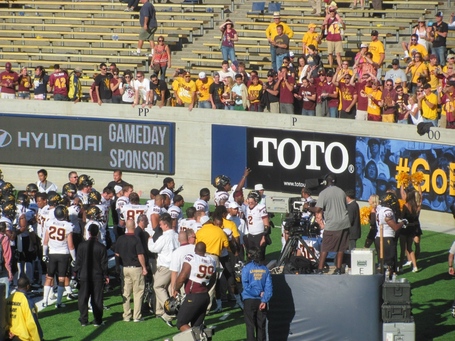 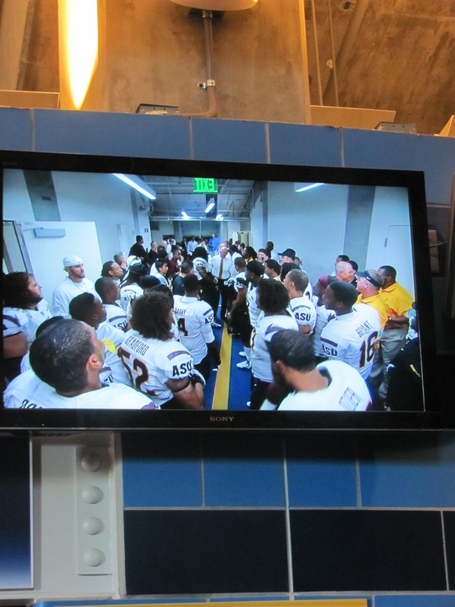 And there you go. If you made it this far, you deserve a medal! GO BEARS! BEAT THE BRUINS!