I think we're all excited to see that USC Trojans 4 Ever fell into a 10-way tie for 14th.  Also, use this thread to discuss all of the LSU-MSU action tonight.  GO BEARS! 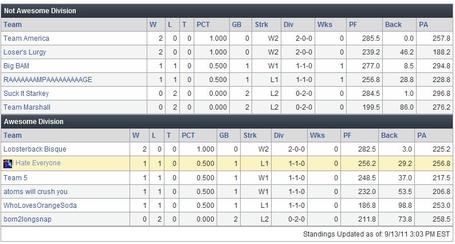 Suck It Starkey has a bit of a gripe here. One point off the highest total in the league, and 0-2? Ouch. 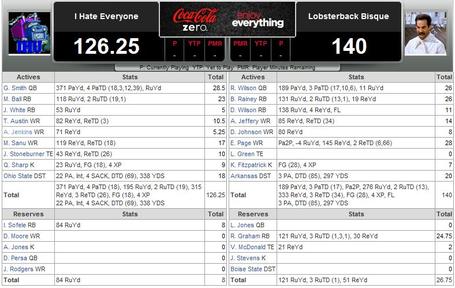 The Mack Truck known as IH8EVR1 was thumped by Lobsterback Bisque 140-126.25 behind the quarterbacking stylings of Russell Wilson. Geno Smith came on late for the Mountaineers and the H8ERs, but it wasn't enough to compensate for the anemic showing produced by James White. 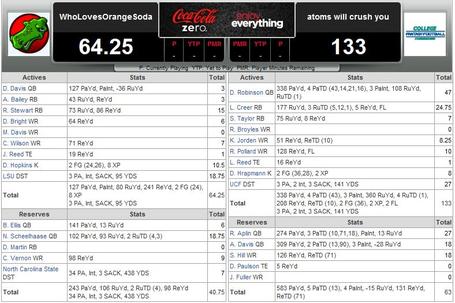 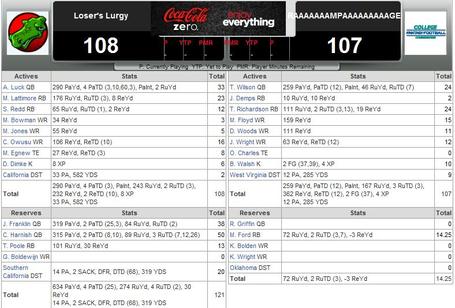 Loser's Lurgy slipped by RAAAAMPAAAGEEE 108-107 behind Andrew Luck, Marcus Lattimore and Chris Owusu. I'm fairly certain they should automatically be disqualified for relying on the Furd passing game. Trent Richardson and Michael Floyd weren't quite enough to pull it out this week. 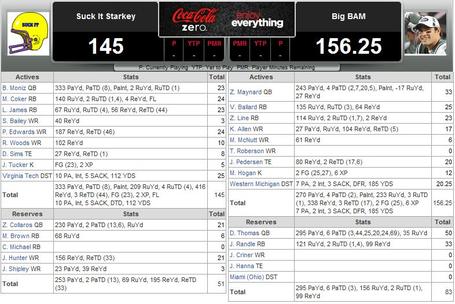 Big BAM put up some nice big numbers in beating Suck It Starkey 156.25-145. The brother-to-brother connection of Zach Maynard and Keenan Allen led Big BAM to victory just as they led our Golden Bears, in conjunction with Vick Ballard and the Western Michigan defense to hold off Bryant Moniz, LaMichael James, and the Virginia Tech defense. 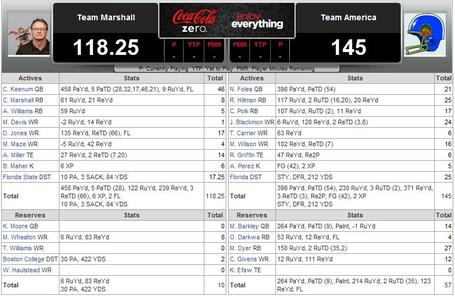 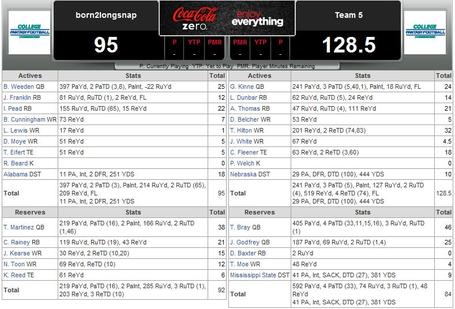 Team 5 (needs to change its name) defeated born2longsnap 128.5-95 on the strength of T.Y. Hilton's career game against the putrid Louisville defense. Brandon Weeden, James Franklin and Isaiah Pead did their best, but couldn't make do with a total of 18 points from their backs and receivers.