A Look Inside The Director's Cup

Share All sharing options for: A Look Inside The Director's Cup 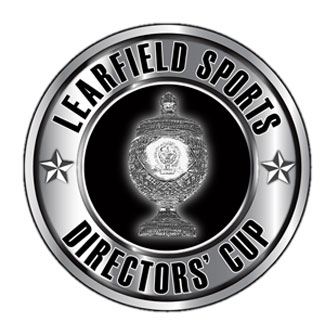 Have you heard of the Capital One Cup? Stanford fans have, and they’re not particularly fond of this new trophy. And with good reason, honestly. The cup is essentially an ESPN brainchild designed to create a prize that might not go to the same school every year. And in that regard the Capital One Cup is a success. Stanford failed to win the men’s title and barely held onto the women’s title. But as many have pointed out, this new cup deliberately emphasizes certain sports while minimizing the value of others, which leads to silly things like Eastern Washington earning more points than Duke and Michigan.

Meanwhile, Cal just finished the 2010-11 season with a 3rd place Director's Cup finish, an unprecedented level of achievement for Cal sports. But this mini-controversy got us thinking . . . is the Director’s Cup formula the best way to determine the best athletic program in the NCAA? Cal has prided itself recently on how successful the Bears have been in the Director’s Cup, but how many fans actually understand how the scoring system works? With that in mind let’s do some exploring into the most prestigious award ignored by everybody outside the Bay Area and the Mid-Atlantic seaboard.

The first and most important thing to know is that the Director’s Cup standings are determined by adding together points gained by the best 10 men’s and best 10 women’s teams. What that tells you right off the bat is that any athletic department that wants to compete for the cup will almost certainly have to field at least 20 NCAA teams, 10 of each gender. Realistically it would have to be even more than that. Cal competes in 27 different NCAA sponsored competitions. Stanford competes in even more than that. Compare that to Arizona, Oregon, Oregon St., Washington St. and Utah, Pac-12 schools that don’t even have 20 sports to rack up points in. That, of course, doesn’t prevent a smaller athletic department from hypothetically winning the director’s cup, but it would require an incredibly high level of play across the board for smaller programs to have a chance. For example, despite having 27 programs, Cal rarely manages to earn points in 20 different sports in one academic year. The Bears finally did so this year, scoring points in exactly 20 sports, and were rewarded with a 3rd place finish.

In terms of scoring for individual sports, there’s only one consistent characteristic across all competitions – winning a team national championship earns a school 100 points. But after that? Huge variation. For example, losing in the semi-finals of men’s water polo will earn you 25 points. Losing a bowl game – any bowl game – earns a school 25 points.

OK, I just cherry-picked two extremes. But this is where things get a little complicated. The fact of the matter is that some sports have a bit more competition. There are over 300 teams that compete in Division 1 men’s basketball, but there are only 18 schools that field a men’s gymnastics squad. Mathematically it should be more than 15 times harder to win a national championship in men’s basketball. So the critical question is: How do you devise a scoring system that adequately rewards the higher degree of difficult of winning sports with more competitors without unduly devaluing other sports?

The answer the National Association of Collegiate Directors of Athletics came up with is by valuing all national titles equally but devaluing top 10 finishes in smaller sports. And there’s a quite a bit of variation across all sports. To start off with, let’s discuss the difference between bracket sports, non-bracket sports and football.

The size of the bracket determines the amount of points given out (warning: PDF), anywhere from 100 (champion) to 25 (first round loser). For a 64 team tournament this means relatively tiny incremental steps. For smaller brackets this means bigger drops in points further down the bracket. And if you don’t make the playoffs? No points – and it doesn’t matter if it’s a 64 team bracket or a 4 team bracket.

Sports in which a series of individual events are collectively added together to determine a team champion. Examples: Swimming & Diving, Track and Field, Golf.

Once again the size of the championship event determines the exact scoring structure (warning: PDF). Unlike a bracket, these sports have championships that determine exactly where every teams finishes, from first all the way down into the 60s for some sports. This means an exact value can be attached to each spot. For example, the 50th place team at the Track and Field championships earns 24 points, whereas the 50th place team in NCAA basketball would be one of 32 teams that lost in the first round of the tournament.

Oh football. So desperate for attention, you always have to be the unique little flower. Thanks to the monstrosity that is the BCS, football uses a combination of Bracket and non-Bracket rules. Rather than using an NCAA sanctioned championship event to rank teams, football uses the final coach’s poll as their non-bracket order, earning points from 100 (1st) all the way down to 49 (25th). Then every team that wins a bowl game but finishes outside the top 25 gets 45 points, while every team that loses and bowl game and finishes outside the top 25 gets 25 points . . . meaning that approximately 66% of BCS subdivision football teams earn Director’s Cup points.

-Field lots of teams. As we covered above, 20 is an absolute minimum. But realistically, there are going to be teams that don’t make the post-season every once in a while, so bump that number up into the high 20s or 30s so that those sports don’t count when they don’t earn points. Cal, Stanford, North Carolina, Ohio St. and Virginia are all frequent top 10 finishers, and each of them field at least 25 different sports.

-Make the post-season! Whatever point system the NACDA comes up with, it only awards points for post-season participants. That’s why whichever team loses the Beef ‘O’ Brady’s Bowl gets 25 points while the 3rd place water polo team in the Mountain Pacific Sports Federation (and therefore the county) is left with nothing. Go 18-12 with a 9-9 conference record and earn a 12 seed in the NCAA tournament? 25 points!

-Be sure to participate in sports with large post season fields. A sport like men's water polo requires a consistently elite level of play to earn director’s cup points because just four teams make the NCAA championship bracket. But a sport like track and field, where a handful of elite individual athletes can make the NCAA championships on their own, can earn points without even having a strong program tradition. Cal isn’t a great school for team track and field success, but we’ve had our share of individual success. For example, Mike Morrison’s decathlon title earned Cal a 25th place team finish all by itself! Mike Morrison earned the Bears 46 Director’s Cup points (just enough to pass Florida) by being the best all around athlete in college this year. Thanks Mike!

Is this the best way to determine the strongest athletic department?

Maybe? That’s really a matter of opinion. I think that the people who created the Capital One Cup have a point – handing out the same number of points for a basketball national championship and a bowling national championship is pretty silly. But I think it’s silly for different reasons that many people, probably. It’s silly not because bowling or crew or gymnastics is less visible or less 'important' – it’s silly because, due to more participants and more competition, winning national titles in some sports are much, much more difficult. It wouldn’t be unreasonable to tweak the weights given to certain sports based on how many universities field teams in each given sport.

Ultimately it comes down to what your definition of ‘strongest’ or ‘best’ is. You could just as easily give the cup to the school with the highest average points in every sport a school competes in, thus rewarding across the board excellent no matter the size of an athletic program. You could decrease the number of sports allowed to accrue points to give smaller schools a chance to demonstrate their across-the-board excellence.

Would all of those changes result in a more competitive award, with different winners and some drama as the spring season comes to a close in June? Maybe, maybe not. Stanford isn’t successful because the system is stacked in their favor. They are successful because they intelligently allocate gobs and gobs of cash

Am I just a bitter Cal fan trying to find a formula that will result in my university’s inevitable triumph? I’d like to think I’ve been even handed, and the current system used by the NACDA has been pretty kind to the Bears, rewarding our water-related awesomeness despite minimal contributions from higher profile sports. And I haven’t even once complained about how rugby and men’s crew doesn’t count, though I fully intend to add at least 100 points to Cal’s total because Jack Clark, that’s why.

In conclusion: The Director’s Cup is entertaining, but don’t take it too seriously. Until we win it, in which case it’s 100% representative of how awesome we are.