You can view the entire bracket here.

The voting ends this Friday at noon. Full write ups after the jump. GO BEARS!

Entering his 15th year at Cal, Coach Gould has proven himself repeatedly to be one of the best in the business. Cal's ground attack has been one of the consistent strengths of the team for the past decade. When combined with solid line play and competent quarterbacking, the results have been a dominant running game. He's done it with blue chip talent and with little-known prospects that no one else wanted. Here are the running backs that he's sent to the NFL:

And let's not forget Big Game hero Joe Igber, or all the walk-on fullbacks that he developed into solid players: Chris Manderino, (also played 3 years in the NFL), Will Ta'ufo'ou, Byron Storer, and Brian Holley. As good as he is as a position coach in teaching balance, ball security, and fundamentals, he might do his best work and building character.

The hallmark of a Ron Gould-coached back is a complete player who can block as well as run and receive. Players are taught that details matter and learn to maximize their talents instead of solely relying on raw physical gifts. He's been deservedly promoted to Associate Head Coach and this year also carries the title of Running Game Coordinator. 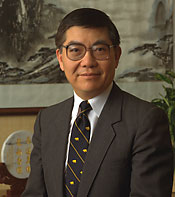