You can view the full bracket here. Voting ends this Friday at noon, so go and vote. Full write ups after the jump. Go Bears! 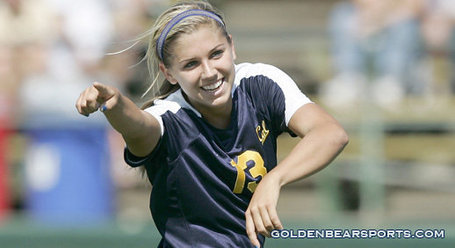 The accomplishments don't stop there. Alex's career is dotted with achievement:

First team All-American as a senior
First-team All-Pac-10 selection four times
First Cal player ever to be named as a finalist for the Hermann Trophy, the Heisman of women's soccer
Led Cal to the NCAA tournament in each of her four years
Second-team Freshman All American in 2007