If Cal Band Wants To Play During Football Games, Move From RR

Share All sharing options for: If Cal Band Wants To Play During Football Games, Move From RR

For the past year or two, I've been hearing about the constant complaints concerning the muzzling of the California Marching Band during football games. Some of these issues are unfortunately intractable for the near-term--the loud blaring ads that provide the money-starved Athletic Department require band silence, and unless we do annoying tie-ins ("vote for the song you want to hear by texting AT&T!"), the band probably won't get a lot of opportunities to play during breaks in the action.

But the other pressing issue I do hear is Jeff Tedford imploring the Cal band not to play during offensive huddles because the sound disrupts the offense. While many of you might think this is the case of a coach overcoaching, it should only take a glance at a seating chart to see why Cal band is complicit in this problem. 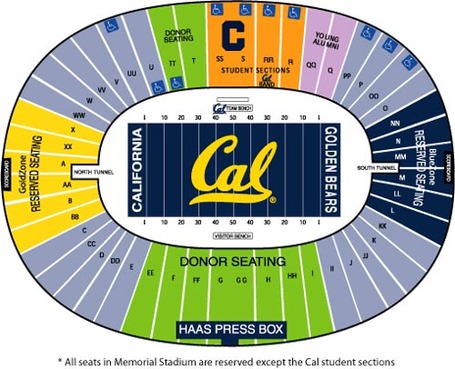 Cal's band is situated RIGHT behind the player bench in RR. The band plays right into the player sidelines, disrupting communication between the offensive coordinator relaying signals to the offensive coaching staff and the quarterback. If you think this doesn't have a significant effect, then I'm guessing you've never attended the university. The band can get loud, they can get exuberant, and they definitely make it difficult for players to communicate with coaches on the sidelines.

Now, after the jump, compare the band location to where other Pac-12 bands are situated.

Colorado Buffaloes (Lower half of 110) 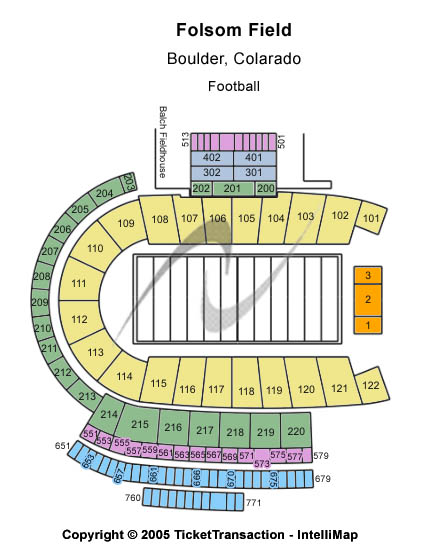 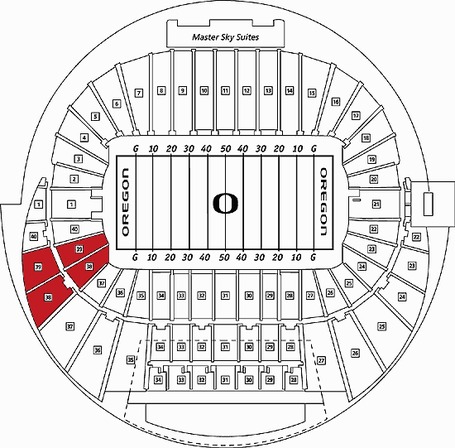 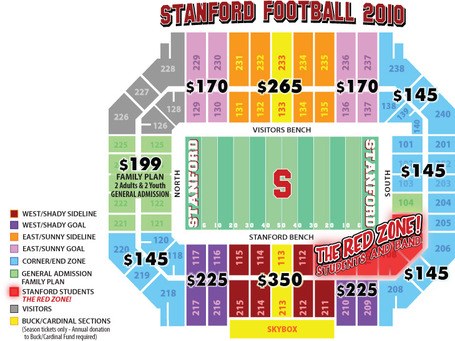 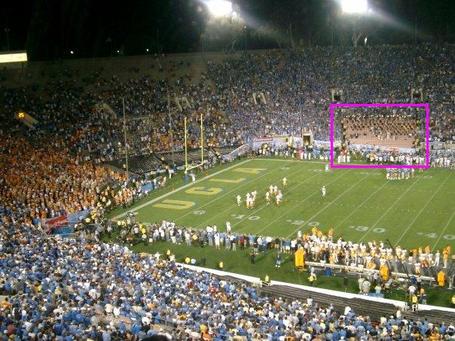 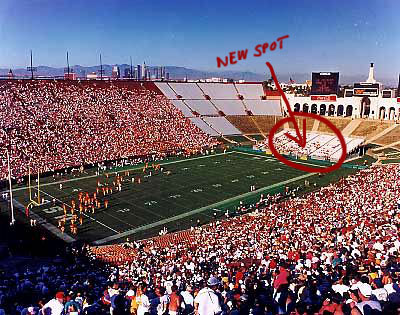 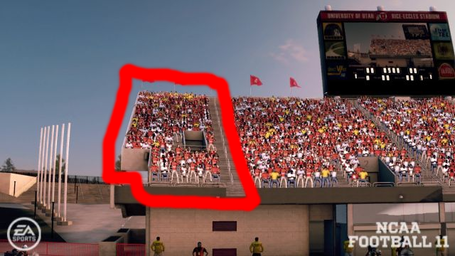 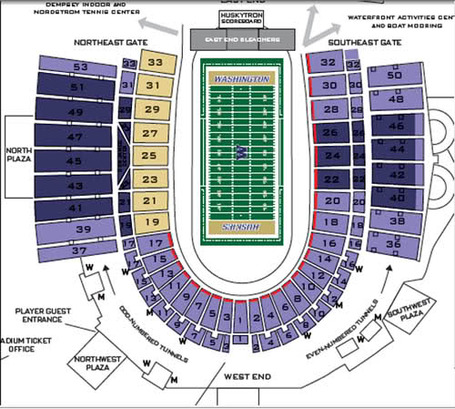 (All images courtesy of this awesome thread from The Gaming Tailgate)

As you can see from the pictures above, Washington's situation is closely analogous to Cal in terms of band location, but they don't have the same issues because they're well-buffered from the sidelines by that huge track. UCLA is also close, but they're still further off to the side in a much bigger stadium. Furd, Arizona and Colorado are all situated in the corner. ASU, Oregon, OSU, WSU & USC, Utah are situated where most college bands are situated these days--in the end zone.

Point is, college football coaches don't really want to deal with band noise. They don't want loud acoustics disrupting signals between playcalls and huddles. In a game like college football, one bad signal or playcall could turn into a disaster for our team, our season, our staff, our players. Hence, it's a pretty obvious move for Tedford to ask for silence when the offense is on the field.

Cal band members can easily play during games if they're willing to make some concessions, take the initiative, and move to a location in the football stadium further away from the home sideline (the corner of the young alumni section or even the Reserved Side, maybe even one of the end zones). The Straw Hat Band is pretty unabashed at other events (basketball & volleyball the two most prominent sports) because they're situated away from our athletes. This is an easily fixable issue.

Everyone wins if the marching band moves away from RR. Cal band gets to play more and be its usual exuberant self. Cal football gets to call the plays without much trouble. The athletic department frees up a crucial section to sell good tickets for students/alumni. Right now, everyone loses.

I think we can all agree we want to hear more of the Cal band during games. It's up to the Cal band to arrive at and address the obvious solution to their problems.