Share All sharing options for: Cal Pass Defense vs. USC Pass Offense 2010: A Comedy Of Errors

In case you missed it, I wrote up my game review of the Cal defense versus USC a few weeks ago. You can buy it here ($7) as a viewable PDF; if you're wary of making this investment, you can view details here, view samples here regarding USC inside zone rush and outside zone rush, and check to see if what you're looking for matches what you'll find in the book. On the quite possible chance you're not interested in reliving this game, tell your Trojan football buddies about it or send it to them as birthday gifts.

Here's another sample of the book, focusing on the main culprit of our defeat in the Coliseum last season, the porous Cal pass defense.

For those wondering why the Trojans were so successful racking it up on Cal, it was because Barkley had little trouble hitting every spot of the field, particularly as the avalanche got rolling on offense. The stats on how Cal pass defenders fared can be viewed after the jump.

There were lots of problems, some of them probably uncontrollable (the excellent accuracy of Matt Barkley and the solid execution by the USC offensive line and receivers pulling off double moves and hard cuts all game), some of them not (we make USC's job easier).

Here is one of the worst. 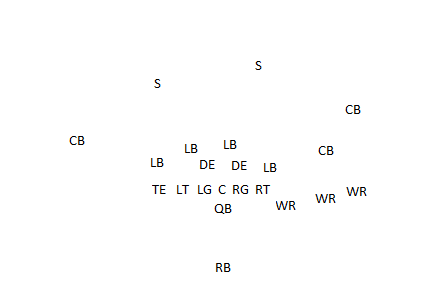 USC: Aces trips right, TE left
Cal: 4-2-5 look of two OLBs (Mike Mohamed and Mychal Kendricks) and two DEs (Ernest Owusu & Cameron Jordan) on the LoS. D.J. Holt and D.J. Campbell the ILBs on this play and back off at the snap.
0G-Barkley, Matt pass complete to 83-Johnson, Ronald for 14 yards to the CAL42, 1ST DOWN USC (23-Hill, Josh) 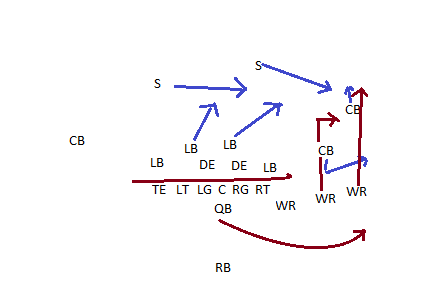 Bootleg/rollout right. There's a four man rush by the Bears against a surprising eight blockers (afraid of the blitz from the 3rd down last time), so it would've been tough for Cal to get any real pressure on Matt Barkley. Only two receivers go downfield. I repeat, two receivers downfield. How the hell did they get a first down out of that?

This is some tough pass defense, particularly by the nickel back Bryant Nnabuife. Nnabuife knocks Ronald Johnson within five yards of the line of scrimmage, so it's not pass interference (although he probably got away with a hold). Nnabuife proceeds to trek down the sideline, taking too many lateral steps to the point that he's hugging the out-of-bounds marker. I think Nnabuife is concerned with Barkley’s ability to run or the intermediate dump off options, but come on, it’s twelve yards to the first down marker, and D.J. Holt is right there guarding them! Even if he was trying to defend against the outside throw on Robert Woods, he's allowed too wide a gap back inside to the secondary receiver in Johnson for Barkley to throw over.

Josh Hill also doesn't have the speed and power as a safety to come in and knock the ball away from Johnson, plus he has to worry about any backside option (the tight end) coming toward the playside to take out Johnson. Although he does make a solid form tackle, the inability to close in and cover Johnson effectively for only a few yards will . It’s really one of the worst zone coverages of the game.

Give credit to Barkley. Good use of his eyes at goading Nnabuife to the outside, then throwing a little bit back inside to make a strong throw on the run to Johnson. But these are the plays that cost you when the game is 7-0. It keeps the Cal offense off the field and keeps the Cal defense on it.

We'll take a look at a few more plays in the upcoming days.