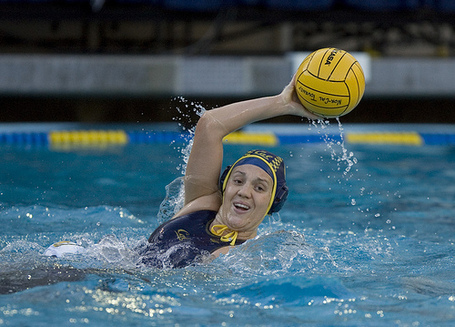 Cal continues to try to manage their mastery of the pool in 2010-11. They've already captured both swimming/diving titles in men's and women's, and they made it to the national championship in men's water polo. Now the second ranked women's team (currently sitting on a season record of 25-4) will try to go one step further and capture the third national title this year for our Bears in the water.

The Bears will have to make an all-California sweep to win their title. They've already beaten UCSD in their first matchup (HT LEastCoastBears), and if they beat the Bruins, they'd have to face either the USC Trojans, or their old rivals, the top-seeded Stanford Cardinal.  Cal split the season series and captured the MPSF championships last week with a win over UCLA in the tournament final, so I'm guessing they're well-acquainted with the best ways to beat the Bruins.