Last time, we looked at some running back drills and players stretching out.  Tedford is not exactly going to show off the super secret moves and formations out there.  But fans are desperate for any football after a few months of living in a football desert.  So, we provide some insight into the Cal football team via photography.

Of course, we weren't alone.  Somehow super secret double agents had infiltrated the field, presumably by wearing all Cal clothes, and were videotaping the whole thing.  How was I the only person to notice this??? 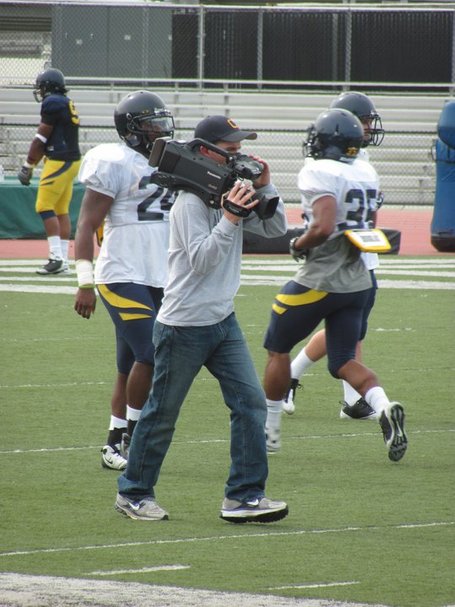 Let's hope they didn't get anything good to send back to Lane Kiffin.  That guy has no morals!  After the jump, more secrets revealed for the opposing teams (like the drills the defense does!).  GO BEARS!

These players were really taking it to these foam pads! 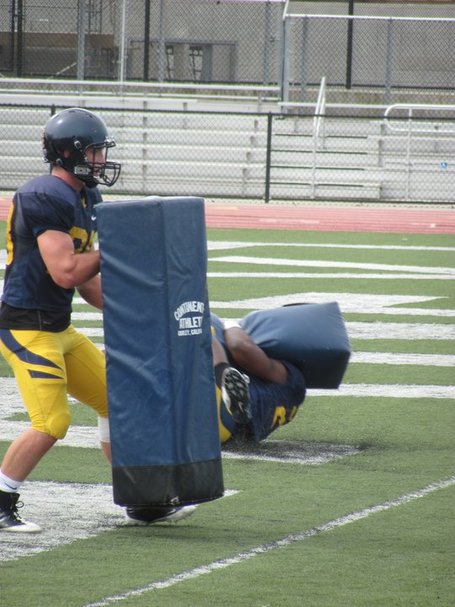 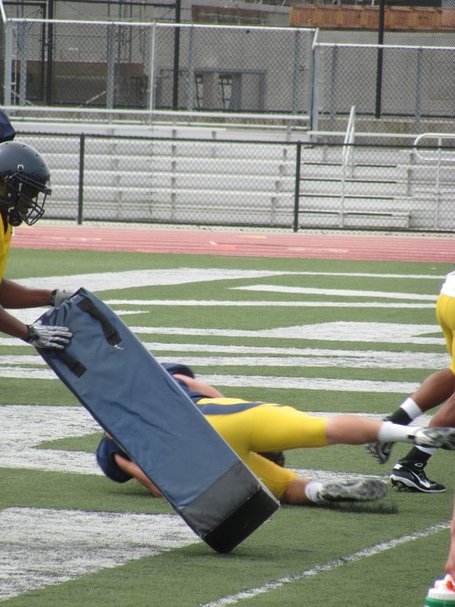 Tosh was screaming something fierce at the players here while they attacked this sled.  I couldn't quite catch what he was saying, but he seemed passionate about it.  He is going to be a great head coach someday. 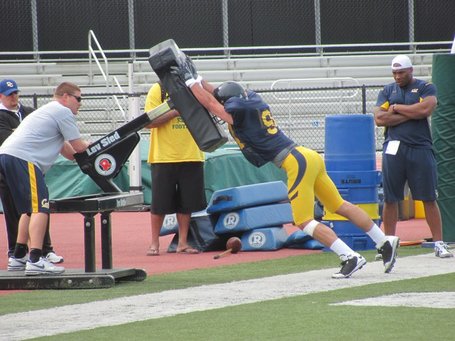 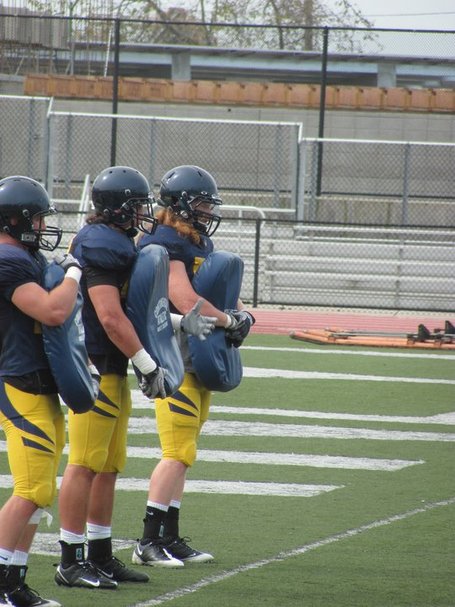 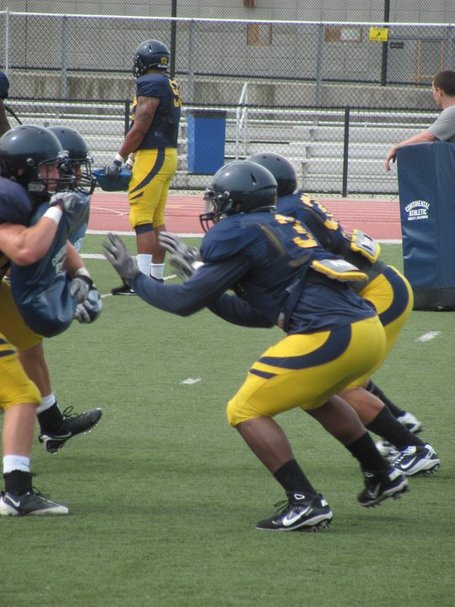 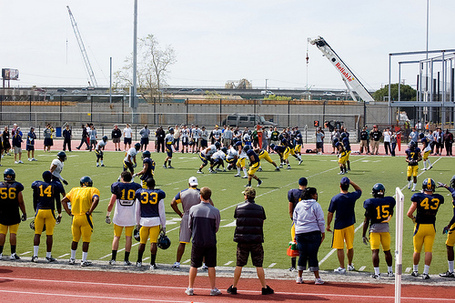 Players all gathered around and watched.  Notice that some players were wearing yellow or red jerseys.  I believe yellow means limited contact and red means no contact. 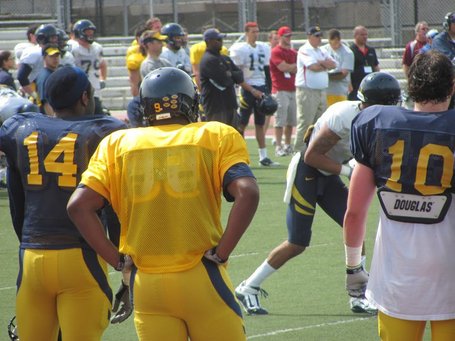 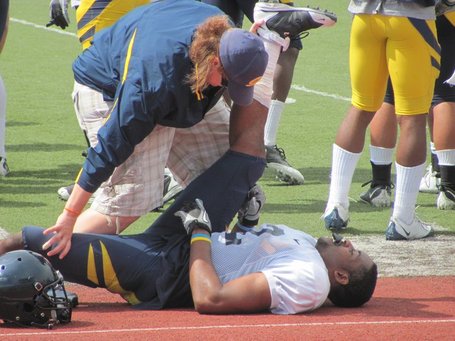 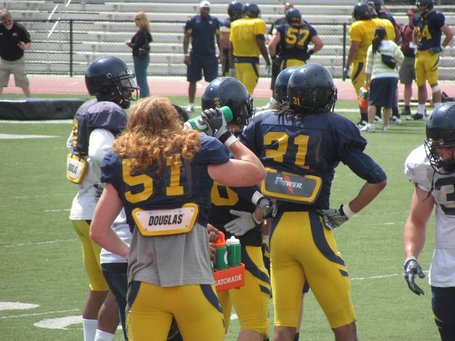 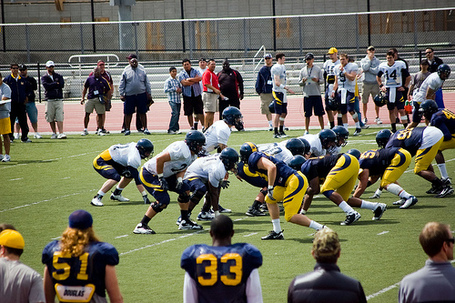 Cal did some 7 on 7s, too, and the OLine was running around a lot.  They'd be practicing on one end of the field and then come running by to the other end. 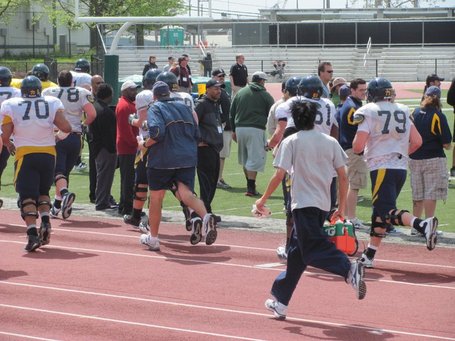 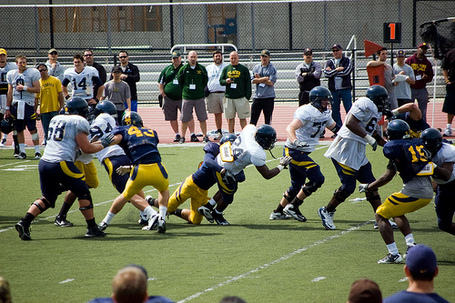 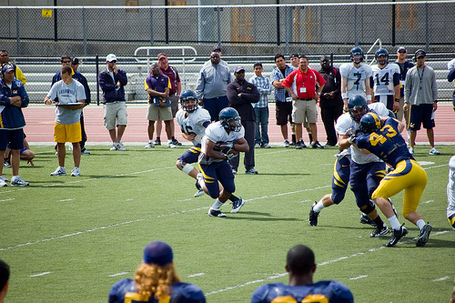 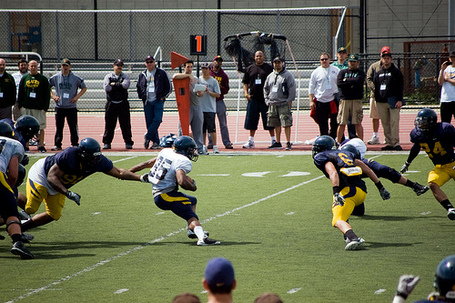 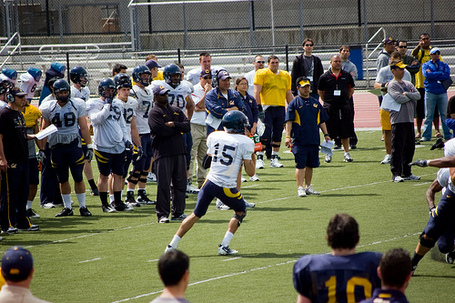 It was tough to tell who played the best, because when something good happened, it also meant something bad had happened.  Some of the DLinemen such as Gabe King and Deandre Coleman looked great out there.  But given the state of the Cal OLine the last few years, what does it mean?

Regarding the QBs, it was tough to tell if anybody stood out.  Mansion, who has the most game experience, did have some solid throws out there.  Who knows?  It's a long process and the Laney spring practice was just one step in that process.

And the OLine comes running back! 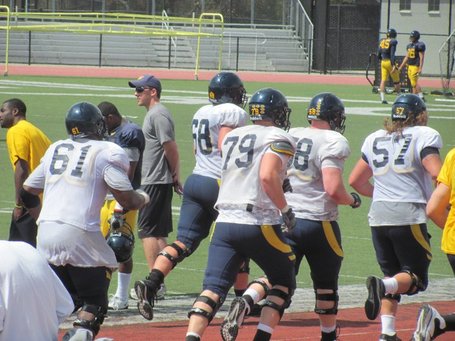 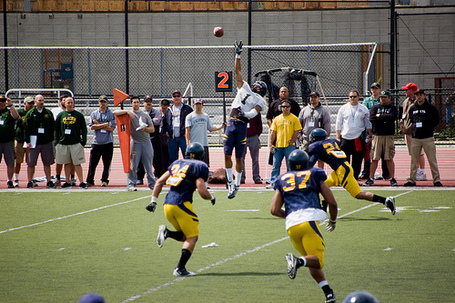 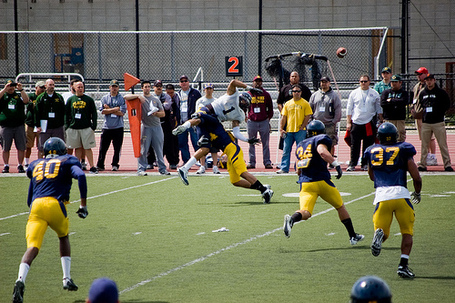 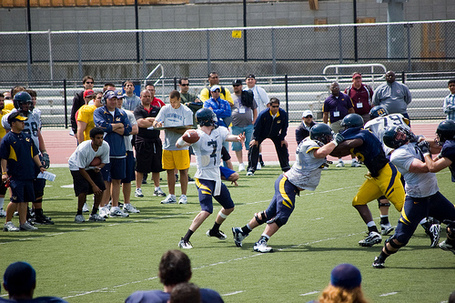 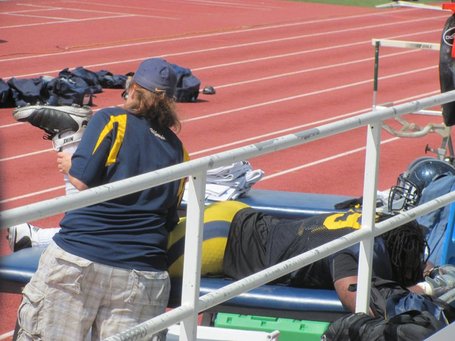 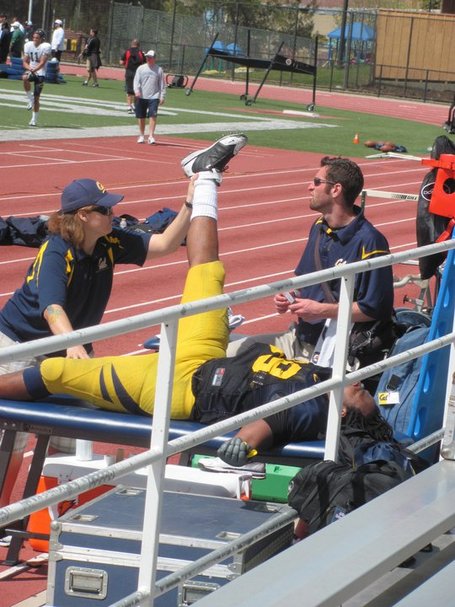 Tedford did seem very involved, but I cannot remember how involved he was in previous years.  Unlike previous years, we didn't have much of a scrimmage.  No refs out there.  No orange special teams yamulkes.  Just tons of drills. 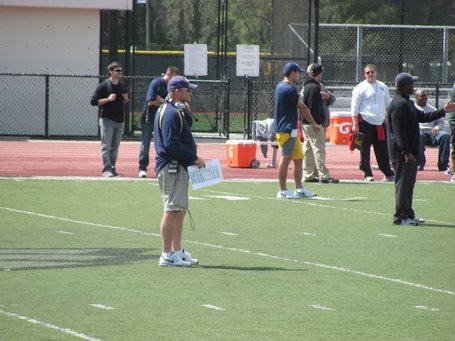 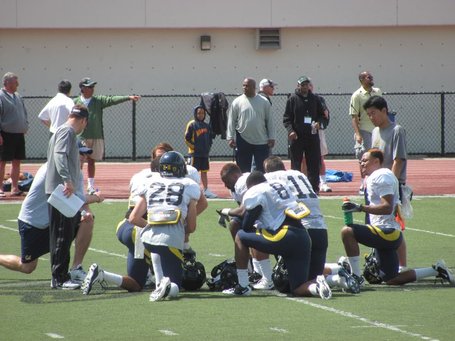 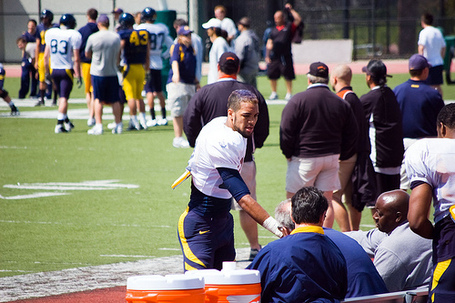 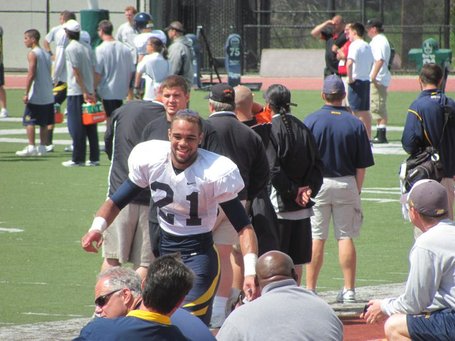 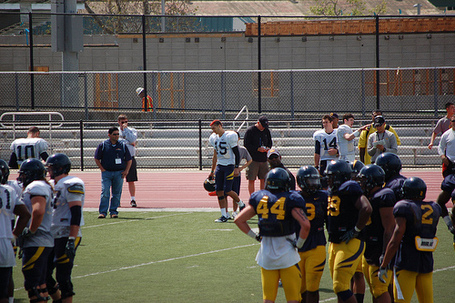 And that was that.  All the QBs got at least one snap, including Wertenberg who got the last hand off of the day.  Then, they practiced some kicking and the day was over.  We left and had a CGB Field Trip to Chicken and Waffles.  Apparently, it is partially owned by Keith Browner's family.  One of the options on the menu is the "Keith's Tackle."  Didn't order it, though.  Sorry!

So, that was the Laney College Spring Practice.  Good to see some of the drills up close.  Not much could really be gleamed from it, though.  It's a long spring and hopefully things continue to progress well.  GO BEARS!