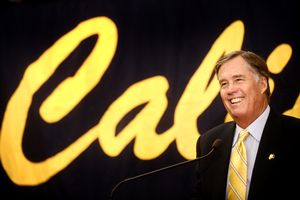 At CGB, we strive to provide comprehensive content excellence across all Cal sports. Recruiting is no exception. Coach Monty and his crew are working hard putting together a competitive program in the long term following a season that exceeded all expectations. Following the jump, let's find out who could be joining Jorge Gutierrez, Harper Kamp, Allen Crabbe, Brandon Smith, and the rest of Cal's Men Basketball team in the near future. 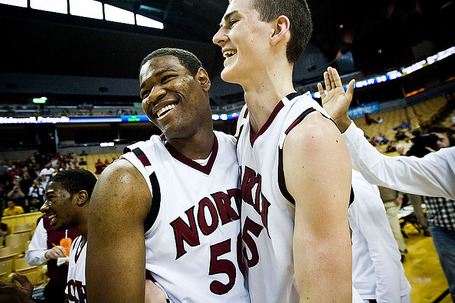 "David is a slightly built big man with a very good skill set and understanding of the game," Montgomery said. "We saw David in the summer. We thought he was a good shot blocker with good timing, a good jump hook and overall good skills. We got pretty excited about him and pursued him pretty hard. He's a very bright kid that intends on becoming a pre-med major, and he actually has a chance to be a doctor. He's a serious-minded student with great upside that comes in here with a great attitude. He's very excited to be a part of the program and we're excited about having him, as well [1]." - Coach Monty

In his final high school season, Kravish took his Lee's Summit North to Missouri State's Final Four where the Broncos finished 3rd w/ a 22-7 record. Kravish gathered All-State honors in the process [2][3], including winning the Player of the Year award [5]:

"I won player of the year?" said Kravish when he was informed of the honor. "Wow, that’s completely unexpected. There were so many great players in the area, and I played with a lot of them on my team.

"You don’t win something like this without a great coaching staff and a great group of teammates."

Kravish left a big impression on his coach – and it had nothing to do with the 6-foot-10 shadow he cast over opponents.

"Let me tell you something about David," Broncos coach Mike Hilbert said. "I heard him talking about his goal of getting this team to state and that really impressed me," Hilbert said.

"He’s a kid who’s 6-10. He’s getting all the attention in the world. He’s going to California, and he just wants to get his team to state.

"That tells me a lot about David as a person and as a player. I am so pleased that he’s your Player of theYear because he really deserves it.

"You look at his stats – 13 points a game and just over 10 rebounds – but it was his defense that made us such a good team. 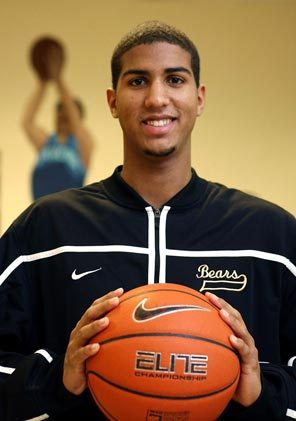 "I feel really fortunate to have Christian join the program," Montgomery said. "He has the versatility to play more than one position, and he gives us an active 6-8 player that has both perimeter and inside skills. I watched him develop for a number of years. He seems like a perfect fit for our needs, and he should be a great addition to our program. He's a true student-athlete [6]." - Coach Monty

Behrens participated in the Northwest Shootout Tournament following his spring signing. He represented the State of Washington's all-stars against Oregon. Washington beat Oregon for the fifth straight year 107-84 [7]. Game highlights are available [8]. Avi has more on Behrens & his highlight reels [9].

"I'm really excited to be a part of the Cal basketball team," Behrens said. "I'm ready to get down there and start contributing. I really liked how family-oriented the team was, and I really like how hard they play. I was really impressed with how well they did this year, despite battling all the injuries and how it was supposed to be a `down' year. It's going to be a great honor to play for Coach Montgomery, and I really liked the rest of the coaching staff, as well [10]." 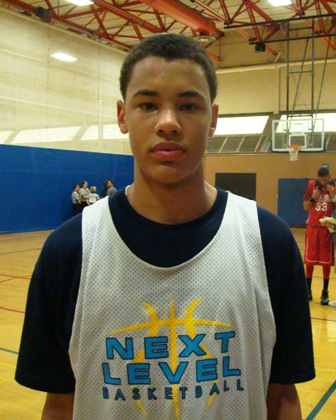 Rodriguez has a good amount of upside. Kaileb possesses some physical attributes which are generally tough to find in a big man - his mobility up and down the court, agility when moving laterally, good hands and long wingspan give him strengths that other bigs don't share. He will squat in the post, call for the ball and spread out his long arms [11]. - ESPN

Rodriguez was only a junior when he verbally committed. He will continue to grow physically and mentally [12]:

"My strengths are probably finishing around the basket," he said. "I’m still working on getting stronger. That comes with time. I feel like once I get to Cal I’ll put on some pounds.

"Obviously you can always work on your mental game, getting better at not letting things bug you. I definitely have to work on my rebounding, getting balls above the rim."

Avi has another outstanding summary on Rodriguez's verbal commitment [13]. 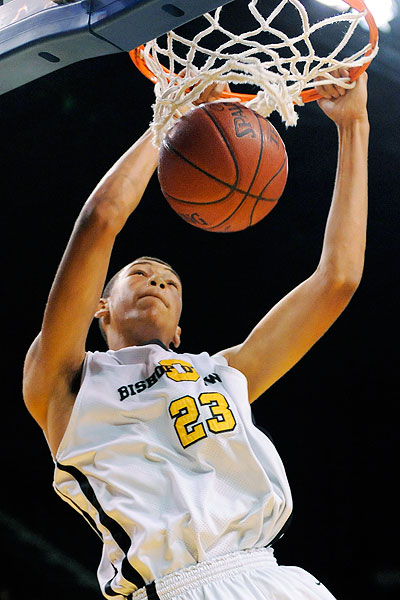 Ashley has an impressive frame with great length and he has broad shoulders too boot. Athletically, he has good quickness, bounce, and excellent timing around the basket. He has very good feet and utilizes the spin move in the post to free him from defenders. He has a soft touch that extends out to the elbow and his stroke looks fairly smooth. Defensively, he uses his savvy and very long arms to block shots at a consistent rate [14]. -ESPN

The reigning California Junior Player of the Year [13], Ashley is the favorite to win the coveted California Mr. Basketball Award in the upcoming 2011-12 season. Brandon would be the Golden Bears' biggest NorCal recruit signing since Leon Powe. Coach Monty has his work cut out for him competing w/ the likes of Kentucky, UNC, Oregon, & Arizona [Interview: 15]:

Impressive modesty lauding not himself but his AAU teammates 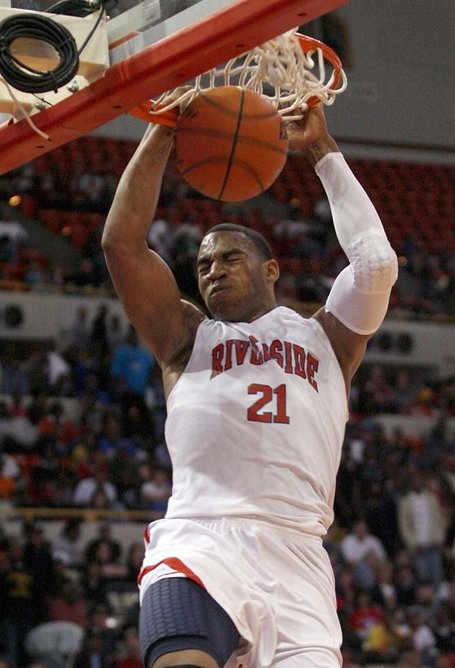 Gathers is a man-child at this level. He has an NFL-type body with an upper body that resembles a grown man. He uses his strength and athleticism to over power opponents inside. He has punishing drop-step move and he can also take his opponent off the dribble with a quick burst and power move. In addition, he has great hands and a soft touch out to 15-feet [16]. - ESPN

Gathers is only the second Junior to ever capture  Louisiana's Mr. Basketball Award [17]. His bulk and powerful post game could potentially offset the loss of Harper Kamp to graduation after the 2011-12 season.  Gathers places academics first above everything else. Coach Monty is in heavy competition for Gathers' services against the likes of LSU, Baylor, Texas, USC, Oregon [Interview: 18]. 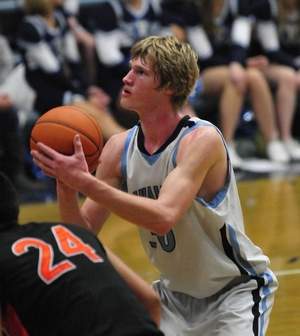 Verhoeven has steadily improved in the past year and his frame has filled out as well. he is deceptively bouncy and has a variety of ways to score in the paint. He can knock down the jump shot at the elbow and his fundamentals are quite advanced in the post. He has excellent footwork, pump fakes, and can turn over either shoulder to convert inside. He has the ability to rebound in traffic and his instincts around the paint area are quite good. Verhoeven plays at a relentless pace each and every game and his productivity is simply terrific. A typical sequence for him is to rebound, fill the lane in transition, and finish with a dunk. Defensively, he slides his feet very well and should be able to guard quicker 4-men at the next level [19]. - ESPN

Grant is the son of former NBA power forward Peter Verhoeven [20]. His basketball pedigree and skill set has coaches visiting California's Central Valley region to see its prized Player of the Year [21]. There is a desire for Verhoeven to stay close to home. He has top 4 of Stanford, Washingon, Cal, and St. Mary's [22]. Stanford has not yet offered Verhoeven, who is already off to the races for an outstanding summer [23].

One scout referred to Verhoeven as the next Matt Howard -- and we tend to agree. The blue-collar 4-man doesn't have the range of Howard in terms of shooting yet, but he certainly has the tenacity, bounce and savvy around the basket. Verhoeven plays at a relentless pace each and every game and his productivity is simply terrific. His footwork is solid, but he needs to continue to polish his post game (go-to move) as well as extend his range on his jump shot. Overall, though, he'll be a Pac-12 priority during his summer campaign.

Early looks at the Pac-12 basketball scene indicate that Cal will be a force to be reckoned with. norcalnick's piece looking at Pac-12's draft attrition solidifies that theory. Success breeds success. I'm keeping my fingers crossed for Coach Monty to have an outstanding basketball and recruiting season. GO BEARS!