If your team can't win the game, at least go down fighting, they say.  Also, have almost every manager on your team thrown out of the game.  On Saturday, April 23, Cal took on Arizona State in baseball.  Unfortunately, they lost 6-0 and were swept by the Sun Devils over the weekend.  Not the greatest weekend in Cal baseball history!

But, on the upside, we did get to witness one of the more unique situations I've ever encountered.  The Cal starter, Dixon Anderson, was twice called for a balk, in essentially the exact same situation (1st and 3rd, pitcher does the fake to 1st, to 3rd move).  In both situations, it forced in the run at third.  In both situations, the highest ranking Cal manager available went ballistic and was tossed.

We got photos (and video!) of all that and more today.  When I first got there, the Save Cal Baseball people were still out, working on getting the last of that money.  Hopefully, it all pans out.  I'm feeling good about Cal Baseball being saved. 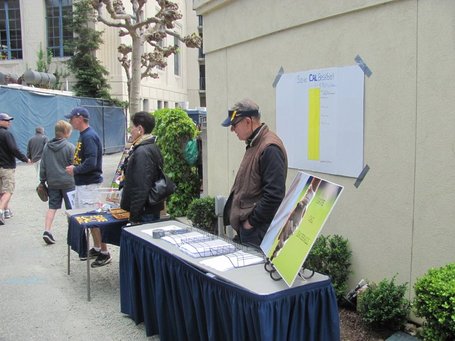 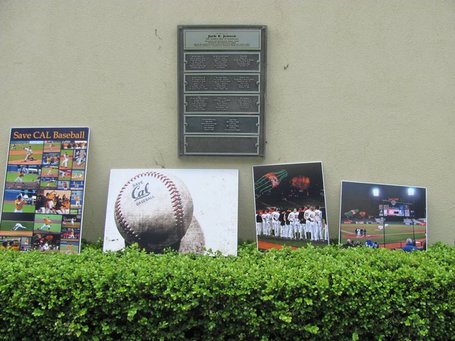 The ASU pitcher kept the Cal hitters off of the base paths.  This was, unfortunately, a rare sight on Saturday.  Interestingly enough, Cal did get an early scoring opportunity.  The Cal player got a hit into the outfield and the runner here beat the tag.  However, the ASU catcher did a depressingly poor job blocking the plate.  So, the Cal player actually couldn't touch home plate.  He slid in, then tried to come back to score, but by then it was too late.

My view of the play was partially blocked by the Cal team rushing onto the edge of the field anticipating a run.  To me, it appeared as if the Cal runner did score, successfully sliding into home. I was confused when the ump made no call and then the Cal player got up, lunged back towards home, only to be tagged out.  :(! 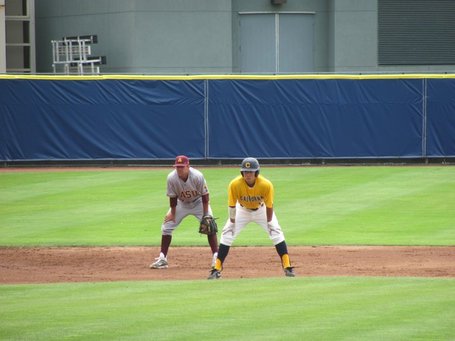 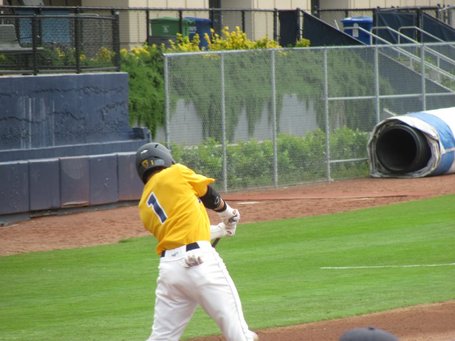 This was not the pick off attempt that caused all the fuss.  But with runners on in many innings, Anderson was throwing over often. 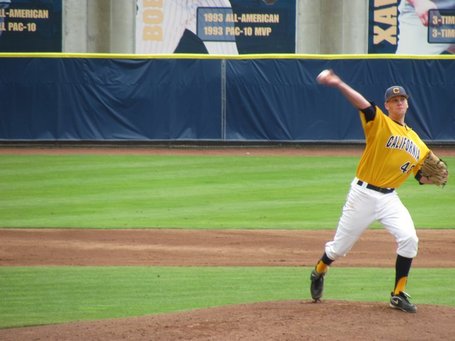 Anderson did pitch pretty well.  He kept ASU from scoring for the first 3 innings, even after he was drilled by a comebacker.  But in the fourth inning, things started to go downhill.  Like I said, a couple runners go on base, a run was scored, and then the first balk occurred.  Ironically, the umps had called a balk against the ASU pitcher earlier when he slipped during a pitch.  It didn't end totally in Cal's favor at that time as they couldn't score. 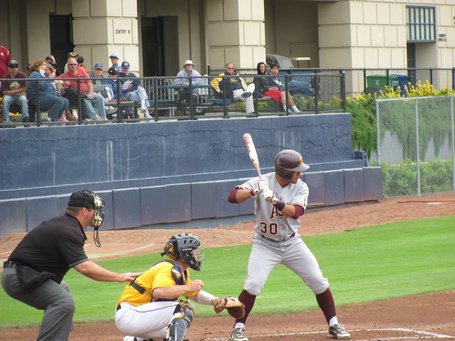 This is where things got serious.  You can see Esquer on the field here. 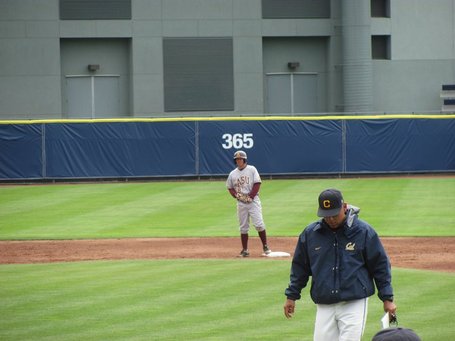 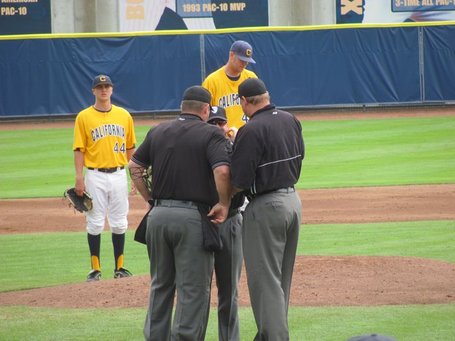 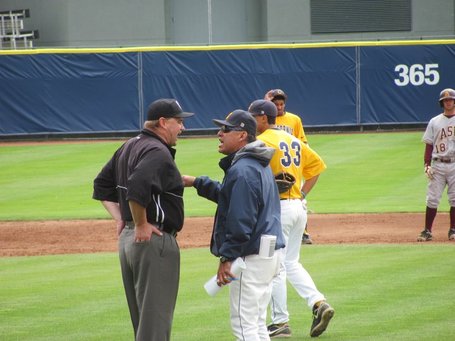 You could hear initially what Esquer was screaming, but then Cal started blasting music.  I presume this was to cover up Esquer.  He really got his money's worth, you can see in that video. 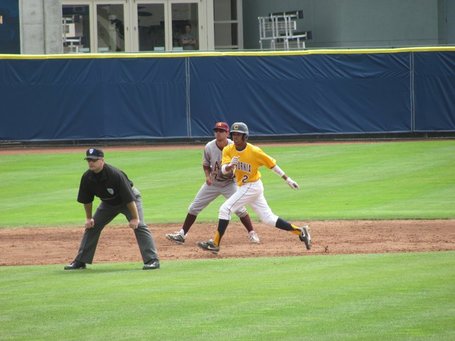 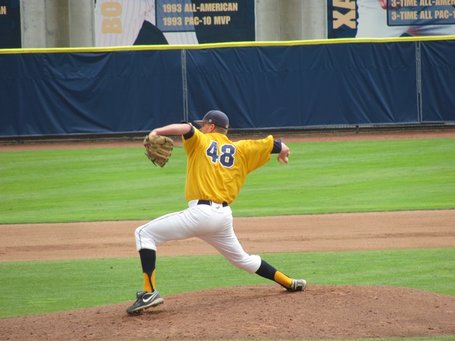 Anderson was pitching well, but by the 6th inning, it was 5-0 ASU and they started to work the bullpen. 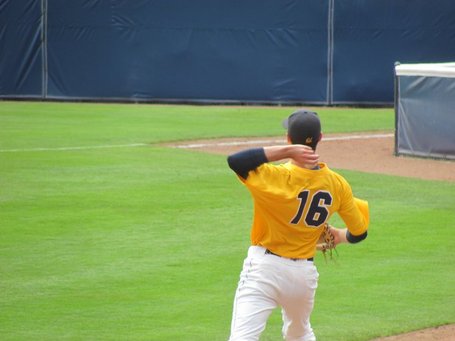 That's when the second balk occurred.  You can see Anderson trying to say that he was faking towards third (and not starting towards home) here, I believe.  Didn't matter as the call was made.  The fans went CRAZY.  Just crazy.  You can hear people screaming and jeering on the videos. 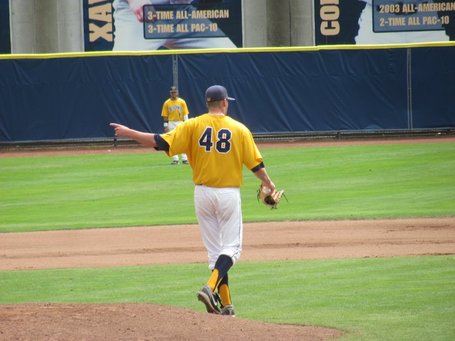 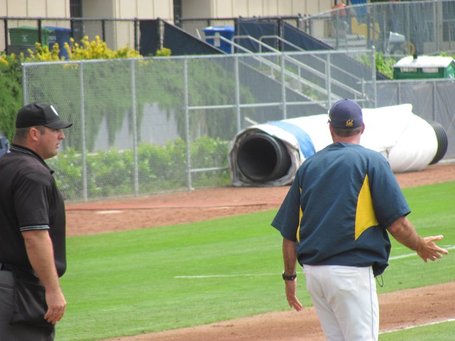 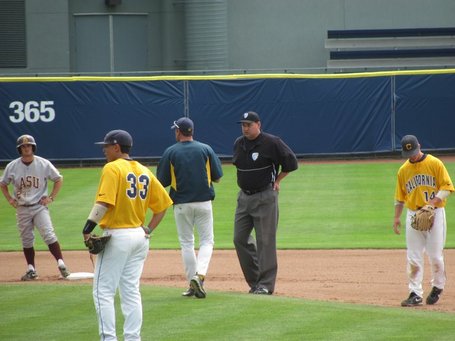 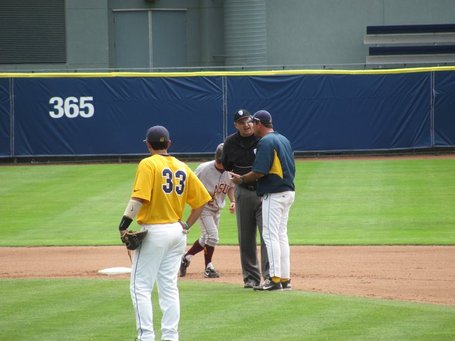 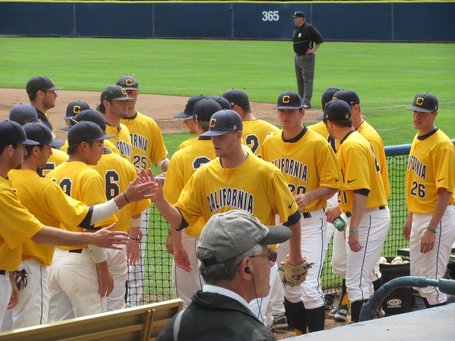 Don't also get thrown out, Cal first base coach!  So, at this point, Cal was down to 1 coach and 1 Volunteer Assistant (who appeared to be coaching 1st base).  It did not appear that Cal had a coach at the bench area during the bottom halves of innings.  Very odd situation and one that I had never seen before. 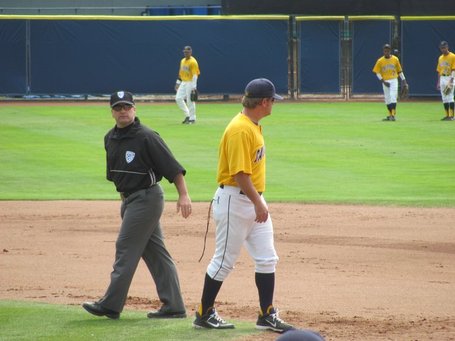 Then, Oski showed up!  Mayhaps we can coach!  Mayhaps! 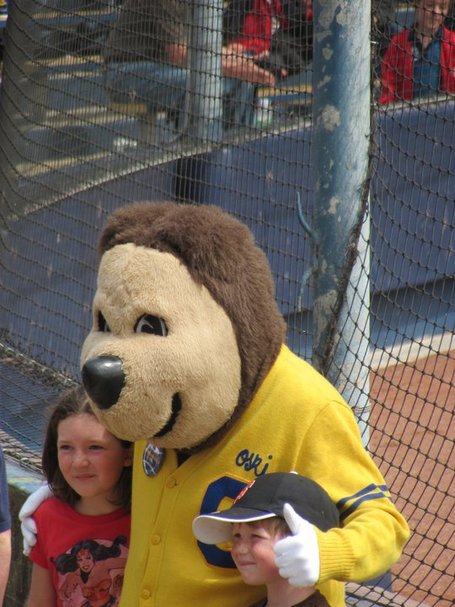 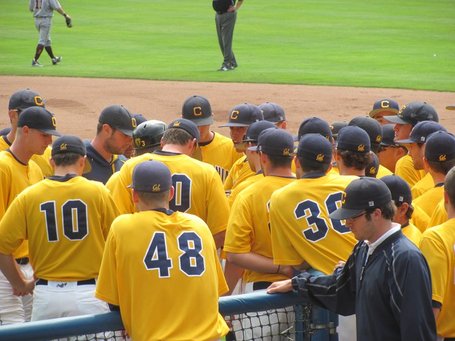 The team, which usually is more spread out along the field, was now bunched up right near home plate.  This made it more difficult to get well framed shots. 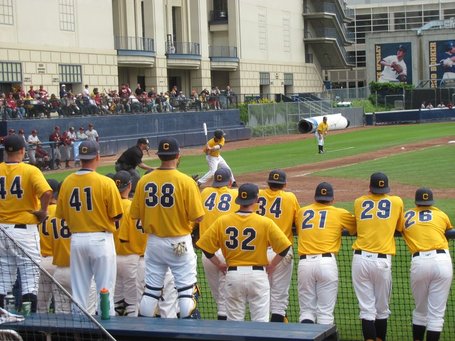 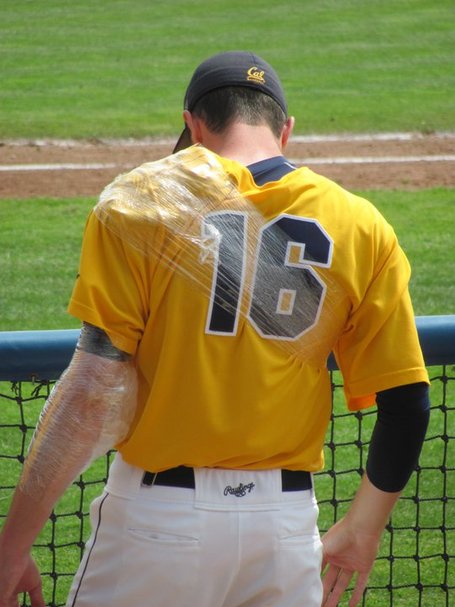 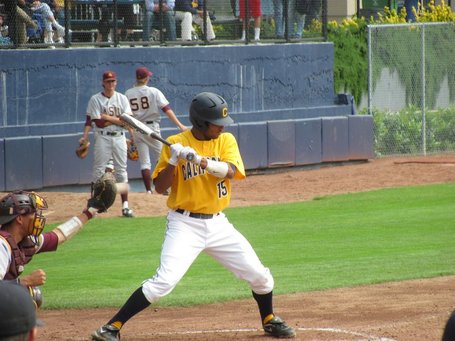 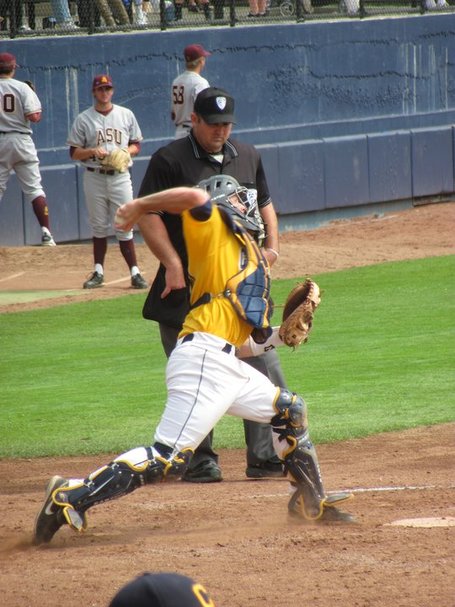 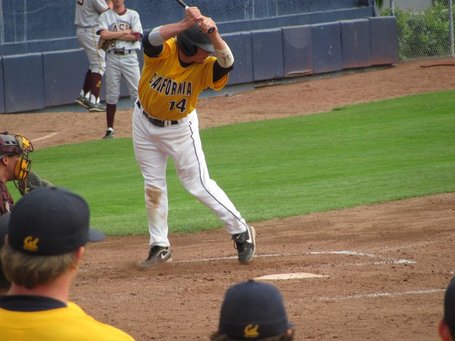 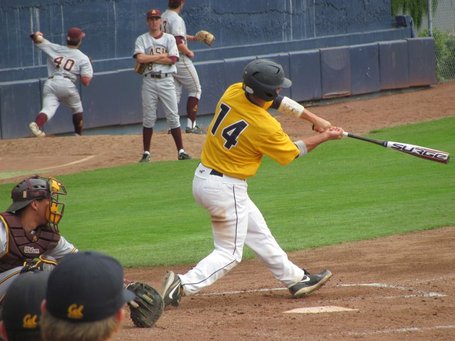 Cal did battle, but couldn't put any runs on the board.  ASU ended up sweeping us that weekend.  ASU is one of the best teams in the nation, IIRC, but it is still frustrating.  Hopefully, Cal can rebound and do better in the latter half of the season. 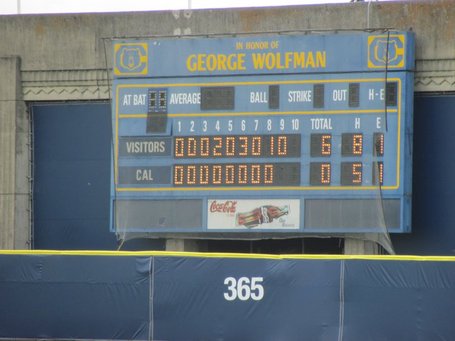