After a couple weeks with nary a credible news source or meaningful rumor, yesterday finally saw two interesting pieces of news related to Cal's women's basketball coaching search. Some have speculated that Cal would be directly competing with UCLA for coaching candidates, but the announcement that the Bruins hired Cori Close appears to debunk the idea. I can't begin to judge her resume, but I'd guess that UCLA fans aren't thrilled to have hired a career assistant coach to follow the incredible tenure of Nikki Caldwell.

The more important piece of news was that Lindsay Gottlieb interviewed yesterday, and that Adrian Wiggins and Curt Miller are the other two candidates for the job. After nothing but idle speculation, it appears that Sandy Barbour is indeed going after two coaches most frequently cited by Cal fans since Joanne Boyle left for Virginia. (Note: Everything I write from this point forward is predicated on this report being true. If Cal announces that they've hired Phil Jackson in the next two days this post can be safely ignored)

It's also worthwhile noting that two of the candidates are men. Gender politics can unfortunately be a factor in women's basketball, so I'm pleased to see that Sandy Barbour isn't restricting her search to women. I want Cal to hire the most qualified candidate regardless of gender. (Of course, that goes for all Cal sports. If we were unlucky enough to lose Mike Montgomery, I'd be thrilled if we could steal another successful Stanford coach, if you catch my drift.)

So, with some actual names to consider, let's actually look at what each coach brings to the table: 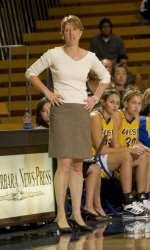 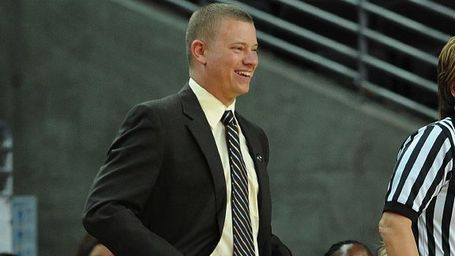 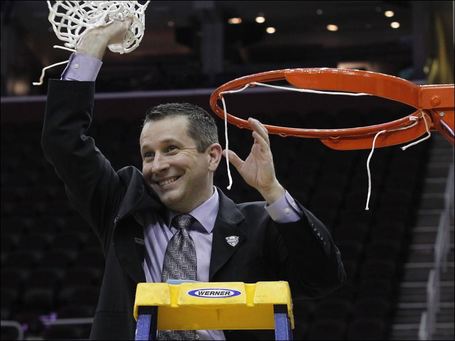 What does this all mean?

For one, I think all of the candidates have a pretty similar resume. Wiggins and Miller in particular have very similar records of achievement. Both have had incredibly successful runs in some of the better mid-major conferences in the nation, and both have produced multiple NCAA appearances. Wiggins has had the challenge of unseating perennial WAC power Louisiana Tech, which explains why Fresno St. hasn't been as overwhelmingly dominant as Bowling Green has been.

Lindsay Gottlieb's resume isn't quite as impressive as Wiggins and Miller, but it's still been a solid three years at UCSB and her advantage is the time she spent at Cal under Joanne Boyle. What's important to note is that while she was in Berkeley, her focus as an assistant coach was on Cal's post players. That's right, Devanei Hampton and Ashley Walker. That turned out pretty well. If hired, we can only hope she can engineer similar leaps from Talia Caldwell, Gennifer Brandon and Reshanda Gray.

Now, you're all probably looking at Wiggin's 2007-08 season. After doing a little digging, I'm not going to hold that one against him. Fresno St. had an Australian player on their roster that year, and evidently while in high school back home she player about 30 minutes of basketball for a professional team. The NCAA, being the unbending, draconian governing body everyone loves, vacated an incredibly success season. Alas. This wasn't blatant malfeasance, it was something more along the lines of Monty's accidental phone calls.

My main concern with Miller: Is he actually willing to leave Bowling Green? I have to assume that after going 31-4 and making the Sweet 16 that he must have had his pick of job offers, yet he's still at Bowling Green four years later. Is he really willing to leave a regional power and move halfway across the country? Until I hear that he's been interviewed I'll be a bit skeptical about his availability.

And what about academics? Well, the bios of each coach mention academics in some fashion, though Gottlieb hasn't really been around long enough at UCSB to have much of a reputation either way:

Academics is a high priority for coach Wiggins. Since taking over the head coaching duties, Wiggins has coached 20 student-athletes who have earned Academic All-WAC honors. His team has represented the University with integrity as the Bulldogs have posted a 3.0 team GPA in four semesters during his tenure.

In the classroom, BGSU’s teams have been equally successful. The Falcons ranked fifth in the entire nation on the WBCA’s 2008-09 Academic Top 25 Team Honor Roll. The award recognizes teams throughout the country that had the highest grade point averages for the 2008-09 academic year. BG was sixth in the nation on that list in 2009-10, and the team GPA improved from the prior year.

Make of that what you will, but I don't think academics are a problem with any of these candidates.

Really, you can make a strong argument for all three candidates. Miller has the best record solely based on wins and losses, but Wiggins is very close and has the advantage of being close to Berkeley and presumably familiar with west coast recruiting. And Gottlieb has the advantage of being very familiar with Cal's program and has the Mike Silver stamp of approval. All three are relatively young and energetic, and all three would likely be excellent hires. If this is indeed the short list, Sandy Barbour has followed through with her pledge to keep women's basketball going strong at Cal. Now we just have to be patient and wait for an announcement.