We move away from our team's most pressing needs (Offensive line and receivers) to the remaining components of the offense that need to be tinkered with.

It's not very often that you'd think tight ends would be the most urgent area of need among the three areas. However, with Anthony Miller a senior and both Spencer Ladner and Jarrett Sparks juniors, it's become a far greater priority. With Cal loading up on running backs last year, we're probably only in need of one this season. And with two more quarterbacks entering the rotation this season, and another quarterback from this year's class firmly committed to wearing the blue and gold, Cal will not likely need another signal-caller.

This means Cal could take as many tight ends (two) as running backs and quarterbacks combined. Crazy, huh? 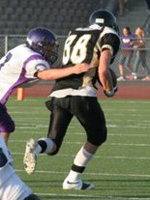 More news: Considered 9th best recruit in state of California by Cali High Sports thanks to great hands and recognition for finding the soft spot in the defense | Ohio State, Arizona, and Florida were his top three, although I don't believe he has a Gator offer 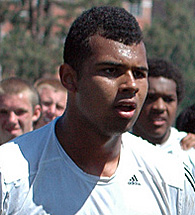 Video: All of his junior highlights available at Hudl

More news: Considered 10th best recruit in state of California by Cali High Sports, perhaps one of the most physically gifted players in the country and very difficult to play against one-on-one | According to his head coach, also plays defensive end and timed 4.8 at the 40 at the USC combine | Looks more like an offensive lineman ... until he starts running.

No offer yet, but is worth watching out for 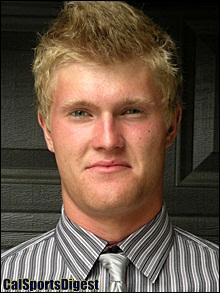 Offers: Fresno St., Yale (I think this wins the Jeopardy question, "What are two schools you're least likely to ever hear mentioned in the same sentence?")

More news: Taubler stood out at the Passing Down Camp ($) a few days ago; Coach M is looking at Tabuler as a tight end | On track to be a four year varsity player, named to All-State Sophomore Team; played tight end, defensive end, and spot quarterback duty | All-CIF Central Section Preseason Second Teamer

Running back (for now, listing only the backs offered; if one of them commits, he's probably the only tailback we'll take) 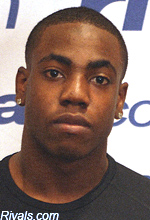 More news: Made US Army All-American Combine Team ($) | Cali High Sports ranks him the fifteenth best prospect in the State of California for the 2012 class | Considered the top running back on the West Coast by Brandon Huffman of Scout |  prefers running out of shotgun spread | he's being pursued heavily by the Bears ($) | visited Cal during Homecoming week against UCLA ($) | Profiled by MaxPreps 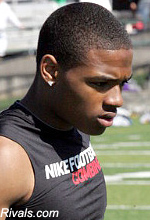 More news: Interview with Seattle Post-Intelligencer, models his game after Reggie Bush & also plays hoops, his favorite school is Miami | Supposedly has a very quick change of pace at the second level | 2012 Scout Spotlight ($))  | Had three favorites in September ($) 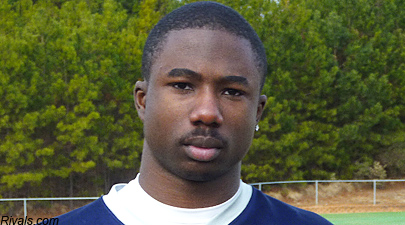 More news: High GPA, so really good in the classroom. Will be tough to get him out of the South, but he could be the top running back in the Class of 2012 when all is said and done.

No Cal offer yet, but interested in the Bears

Offers: None, but interested in Cal, UCLA, Boise, Oregons and Washingtons.

Has one offer from Washington. 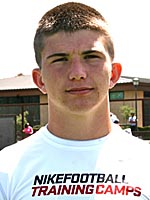