In last week's Cal football recruiting post, we looked at the potential offensive linemen recruits for the 2012 class. This time, we look at the second big area of need, which is in the receiving game.

Here are the upperclassmen on deck in the receivers game that need to be replaced.

That means we're probably looking at least two and possibly up to four wide receivers to take in. Who are the candidates? 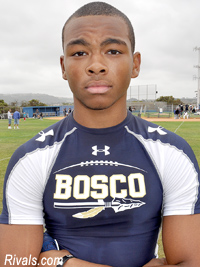 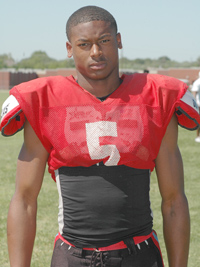 Video: Junior highlights (see above) | Highlights as both quarterback and athlete in sophomore season

More News: Attended the same school as Cal cornerback Steve Williams; transferred to Skyline in 2010 ($); missed most of his junior season with high ankle sprain, although he did manage to put up seven catches for 143 yards in a Texas playoff game; considered 9th best football player in Class of 2012 in Dallas-Fort Worth area. 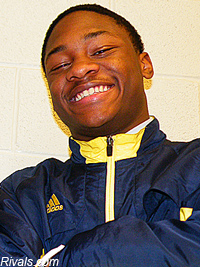 More news: Would be interested in being a Charles Woodson-type and playing both ways ($), but hasn't decided yet | Does play both ways, as evidenced by a three interception, crucial 4th down reception performance against St. Xavier; check out the postgame interview as well. 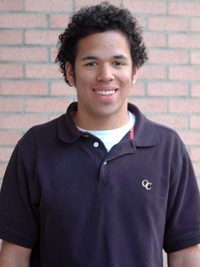 Offers: Has been committed to the Trojans since last March, so hasn't received many offers. There are miscellaneous reports he might be interested in Cal, and he does have an offer, but nothing concrete yet.

More news: USC commitment story; he was the Trojans first commit from the 2012 class | Cali High Sports feature, was named player of the week for his aforementioned three TD performance in the semifinals | potential US Army All-American candidate, along with Cal offensive lineman target Jordan Simmons. 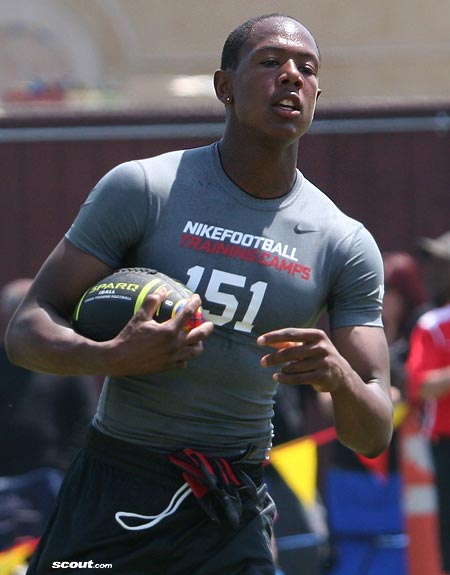 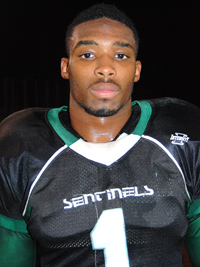 More news: Considered the 14th best recruit in the state of California by Cali High Sports because of his strong fundamentals |  Woods talks about increased attention with Rivals ($) | According to this WeAreSC feature, has played multiple positions in high school, including quarterback, tailback, wide receiver, safety; could once play hoops but decided to focus on football after arriving at Inglewood | According to Biggins ($), he likes the local LA schools, but wouldn't mind going outside the region.

Additional receivers to watch out for

News: Will be attending Cal's Junior Day next month | MCL tear his sophomore season, prefers to stay on the West Coast |  Teammate of Darius Powe, considered the best receiving duo in the Southland by their head coach; former teammate of Todd Barr 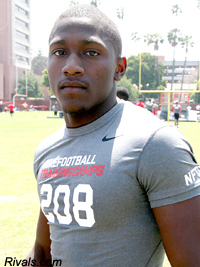 Offers: 16 D-1 schools, including the Arizonas, Arkansas, Auburn, BYU, LSU, Oregon St., Penn St., and the LA schools. Ron Gould is his primary recruiter, but Cal has yet to offer Neal.

More news:  Transferred from Cesar Chavez to Chaparral before his junior season | Has a whole blog dedicated to him by a big Davonte Neal fan (odd) | Greg Biggins is a big fan ($) 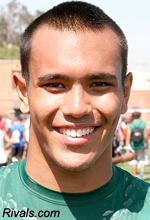 More news: Invited to 2011 US Army All-American Combine, has visited Oregon on a few occasions but is interested in checking out Cal and UCLA | Made the ESPN RISE All-Nike Camp team at Oregon State this summer 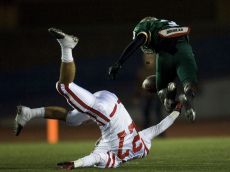 More news: Poly head coach Raul Lara thinks Smith could be "the next DeSean Jackson" | Photo compilation video after being named Moore Offensive Player of the Year | Smith really wants to stay in the Pac-10 ($), so we'll likely be familiar with him one way or the other.