Solarise is taking a much-deserved break, so I'll be filling in for him.

As we transition from an excellent 2011 class that bodes well for the future of Cal football, it's incredible to imagine that 2012 has the potential to be even better. The 2011 was very defensive-heavy, although the offensive talent shouldn't be underrated. With Cal already securing the talents of quarterback Zach Kline, it'll be interesting to see who they can add to next year's squad, which will tilt toward the offensive side of the ball.

What does Cal need?

After the jump, we take a look at who can fill up Cal's most pressing need--offensive linemen. 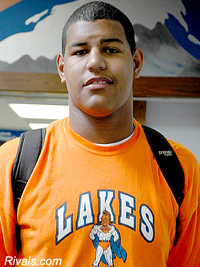 More news: Feature from WashingtonPreps in Rivals which reveals he has a 3.6 GPA and is the junior class president; also, an incredibly touching feature from Scout on how his biological father is Lincoln Kennedy, but his real dad is Ron Banner. 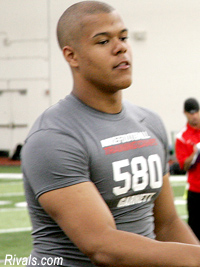 More news: Garnett gained his work ethic from his Washington Husky father ($); can project to either offensive guard or tackle in college ($); both Garnett and Banner, good friends and top Washington O-linemen prospects, have indicated they would be interested in playing with each other in college. 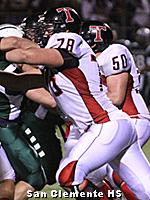 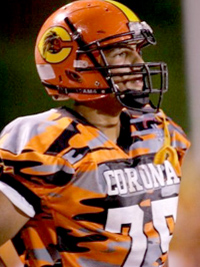 Offers from nine of the Pac-12 schools and 25 Division I scholarship offers overall. Clancy Pendergast is his primary recruiter.

More news: Despite the commitment by Peat's brother Todd to Nebraska, Andrus says the Huskers have as good a chance as anyone else. 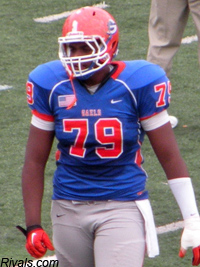 More news: Considered top prospect in Las Vegas for 2012, Stanley's a two sport athlete but will play football in college; Q&A with Stanley. Geoffrey Gibson (from the 2010 recruiting class) is also a Bishop Gorman offensive lineman. 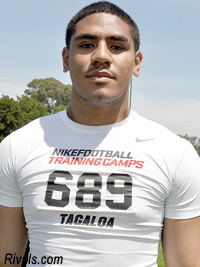 Additional offensive linemen to watch out for 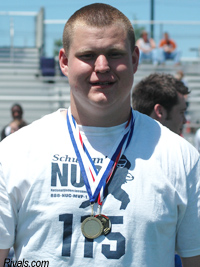 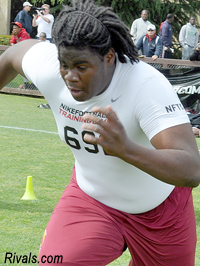 No offers; interested in Arizona schools, Cal and UCLA 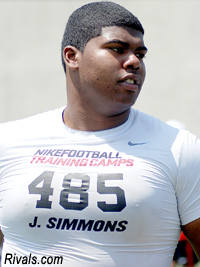 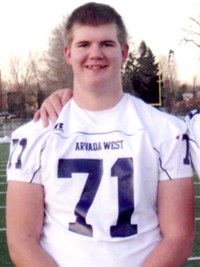 More news: Probably has biggest interest in Colorado ($) | No interest in making his decision soon ($)

No offers, but considering Cal, Oregon, USC, Washington and Alabama.

Next time, we look at the athletes we need to fill up our wide receiver depth chart.