It is sometimes easy to lose perspective of the age of our state. Museums, State Historic Parks and Missions and so forth are designed to help with this. But as I’ve mentioned here, often it can be a challenge to remove oneself from the distraction of the exhibit and actually envision what life or existence may have been like for those living in California long ago. Another problem is that often prominent time periods or specific events such as the Gold Rush or the 1906 Earthquake can lead to a telling and re-telling of the same narrative, one which presents more of a swashbuckling storybook saga than a clear, contextual understanding of what living as a regular person at a particular time was like. You miss out on the everyday. 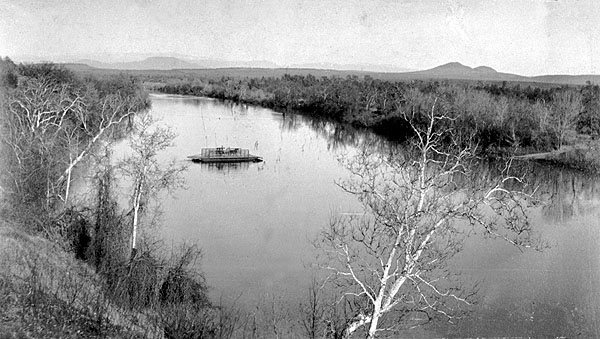 Our immersion in the time period, so to speak, can be clouded by what we know today about events which occurred long after historical figures came and went, as though they knew what was to come, like actors in a scripted movie.

Early settlers came to California in search of new, better lives, without the screenplay of success in California that would be soon realized. Some settlers led modest existences and paved the way for their offspring to live in the the same or better ways than themselves. Some came to California and lost everything. Some simply expired from new diseases, or skirmishes with Indians. Some, however, like settler William B. Ide, would wind up trailblazers, and end up creating intractably enduring symbols of our state’s history and culture. I like the story of Ide because there is no fancy quote, newspaper headline, or religious manifesto he is associated with; he simply springs out of the typical emigrant settler existence from the periphery of a sleepy part of the northern Central Valley. It’s time we took a trip to El Rancho de la Barranca Colorado, "Red Bluffs," and our latest installment in the ongoing 58-part series, Your California: Tehama County. 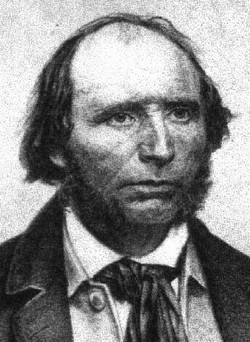 The weekend started very late Friday night at an inn/campground near Lake Almanor. Myself and Ms. McGee were supposed to find a key to our room, left by the proprietors, underneath the mat outside the front door. No key was to be found, and no method of entry could be worked out. And, to boot, I was all out of Starwood Points so there went my complementary macadamia nuts and fauxhogany pen… (JOKING!!) Anyway, we had no choice but to wake up the owners to get the key. We knocked, and after short mumbling in an elderly tone, a woman in her 80s answered the door in nightcap, slippers, and a nightgown:

"I’m so sorry to wake up you up, but we’re in room 4, and there was supposed to be a key under the mat, right?"

With that she handed us our key, let the screen door whiss-bang shut, and the rest of the night was uneventful. Fast forward to Sunday, and we’re on our way to Brokeoff Mountain, so named because it looks like (and in actuality, was) broken off from a much larger mountain eons ago. 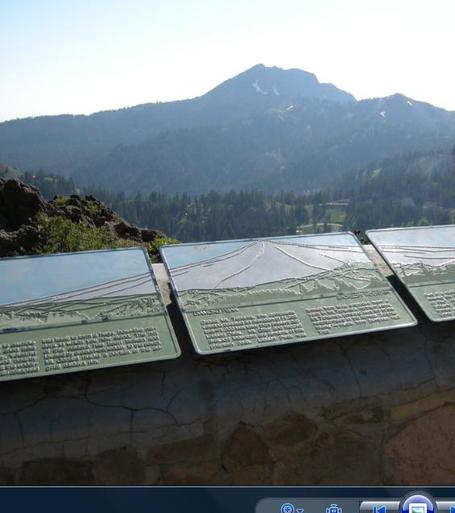 I had convinced Ms. McGee that Brokeoff Mountain was a superior destination than the more imposing (and higher) Mt. Lassen, because I think the trail to Lassen is fairly homogeneous, and can get Disneyland crowds in the summer. It had zero to do with the fact that I’d been up Lassen twice. Zero… 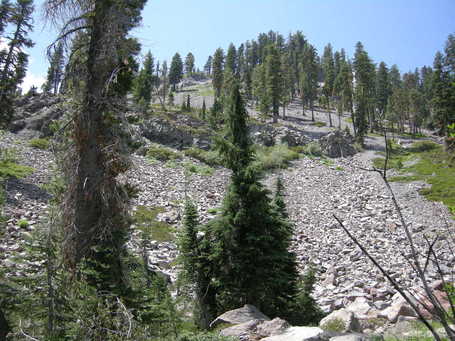 Hear that Lassen? You're boooooring.

William B. Ide was born in Rutland, Massachusetts, in 1796. Marrying Susan Grout Haskell in 1820, he and his wife slowly picked his way across the country, William practicing carpentry in Kentucky and Ohio, then farming and teaching in Illinois. Having joined a wagon train bound for Oregon, Ide changed his mind on the trip and went to California instead. I speculate that it is because he heard that the prominent landowner in Oregon, Desideratus "Dip" Kelly, was a large-jowled blowhard who commandeered a force of miscreants and fools into working on his ostentatious, superficial, and ultimately useless-to-society plantation which had been bequeathed him by the rich governor at the time. Fucker. [Ed note: I digress. Last couple sentences may or may not be made up; you can decide for yourself]. Ide worked his way up the central valley, starting at John Sutter’s Fort in Sacramento, then Peter Lassen’s rancho in the northern Central Valley, and finally on Josiah Belden’s rancho in mid 1845. 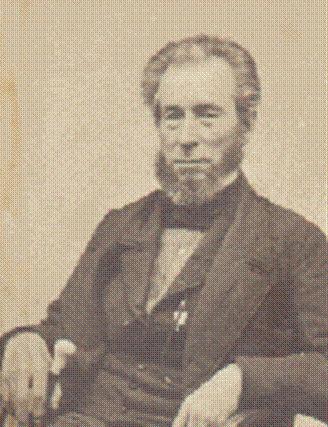 Tommy Lee Jones William B. Ide, and the bags under his eyes, because they deserve attention of their own.

The early sections of trail climbed steadily through green thickets, surrounded by tall, dark conifers. Surely this would have reminded a young William B. Ide more of his home in Massachusetts than the dry, baking hot foothills which surround the Sacramento River in Tehama County. 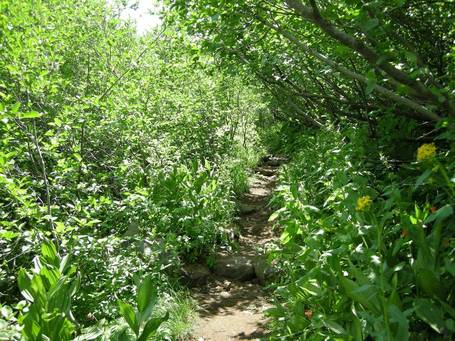 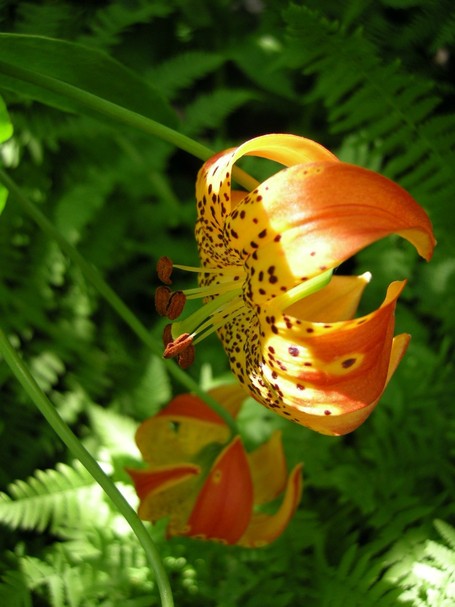 This is a Tiger Lily. Do you ever wonder if Euphrates' mom was like "you'd better make a strong name for yourself, or they'll always say 'Tigris and Euphrates' instead of 'Euphrates and Tigris.'" She would have been right. Always listen to your mother!

Pre-statehood, the Spanish granted seven ranchos to settlers, five of which were entirely within the future Tehama county: Rancho de la Barranca Colorado to Josiah Belden, Rancho de las Flores to William "Guillermo" George Chard, Rancho El Primer Cañon or del Rio de Los Berrendos "River of the Antelopes" to Job Francis Dye, Rancho de las Saucos "The Elders" to Robert Hasty Thomes, and Rancho Rio de Los Molinos "River of The Mills" to Albert Gallatin Toomes. All of the landowners, except Josiah Belden, were eventually granted patents by the US, which transferred legal ownership of the land to them (since their land changed countries since it was granted). Belden did not get a patent on his land, however, because Ide had bought out Belden several years prior after settling on the rancho. 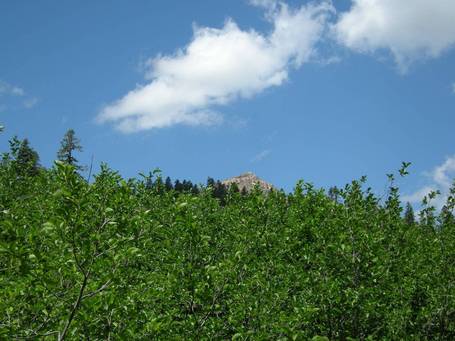 Brokeoff Mountain is at the far northeastern tip of Tehama County. The large majority of the population, commerce, and agriculture took place many miles to the west. All of the ranchos, specifically, bounded the valuable Sacramento River, which would soon become a valuable artery of commerce. After the Gold Rush, and statehood, steamboats and barges plied the river's waters up to Red Bluff delivering all manner of goods to and from the goldfields of northern California . As we climbed higher, the views opened up and we could see hundreds many several a few miles to the west. We should have been able to see the valley, where all this took place. Damn valley smog. 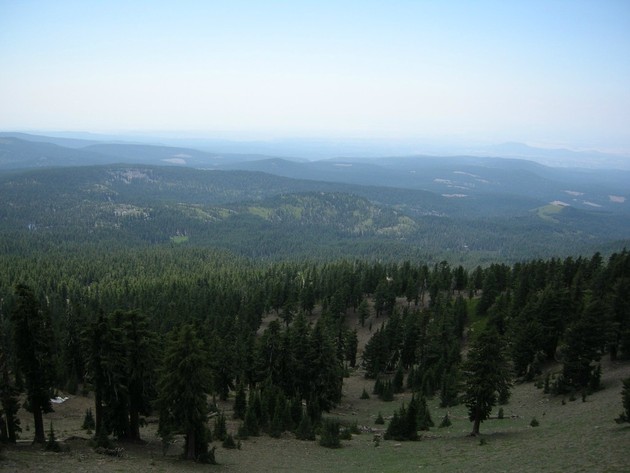 But 1845, you will recall, was one year prior to the Mexican-American War, three years prior to the discovery of gold at Sutter’s Fort, and five years prior to statehood. Though it would soon change, it’s easy to forget that at this time, California was still a sparsely population agricultural region barely connected to the rest of the United States. What this translated to was that those non-Mexican settlers who did inhabit California were more or less on their own, with scarcely an army to defend them or government to support them: just their land and their skills. 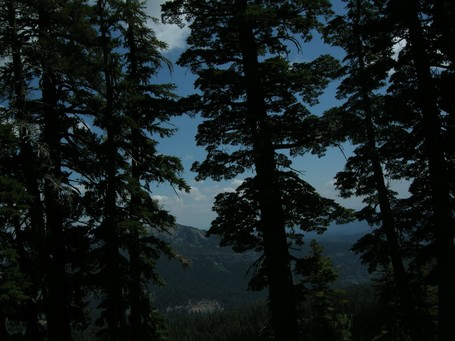 One would hope they were a) lumberjacks and b) okay.

And many of these settlers were unhappy with the confines of Mexican rule and yearned for independence. While Californians pride themselves on leading rather than following, this sentiment against Mexican rule had its roots in Texas and the Lone Star Rebellion. The details are variable and a bit sketchy, but riding the spirit of anti-Mexican sentiment first launched in Texas a decade earlier and sweeping the southwest in the form of the Mexican American war, and goaded by military explorer John C. Fremont, William B. Ide led a band of settlers to General Vallejo’s compound in Sonoma to protest the Mexican Government rule. While Vallejo generally agreed with their principles, and, in fact, had encouraged revolution against the Mexican government earlier still, the renegade bunch led by Ide took over his stockade in Sonoma and founded the short lived, but symbolically enduring California Republic. To mark the conquering, the settlers raised a flag, which, in the words of William L. Todd to the Los Angeles Express in 1878, symbolized "strength and unyielding resistance" with the red star from California’s Lone Star flag of 1836 with a grizzly bear in the center. From then on the incursion would be known as the Bear Flag Revolt.

Don't worry, the next iteration of the flag was drawn by someone well over the age of seven.

For the moment, though, slightly more pacific settler Peter Lassen’s namesake peak, Mt. Lassen, provided a stunning view to the east as we had reached the summit of Brokeoff Mountain. Bright smog blighted the view to the west, and to the south, forest spread over the hills of the northern Sierra for miles. The "Brokeoff" section of what was once an enormous volcano was also immediately before us in the form of a tremendous sheer dropoff to a ridgeline several hundred feet below us. Not too windy, bright sunny day with clouds. 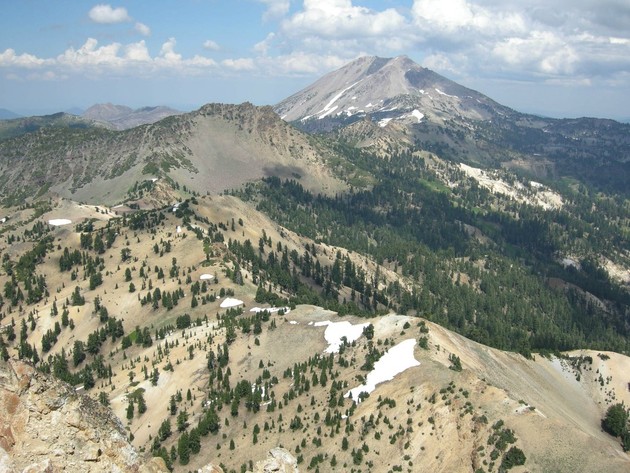 Some cold, windy winter nights, you can hear the ghost of Peter Lassen bitching that he didn't get Shasta. 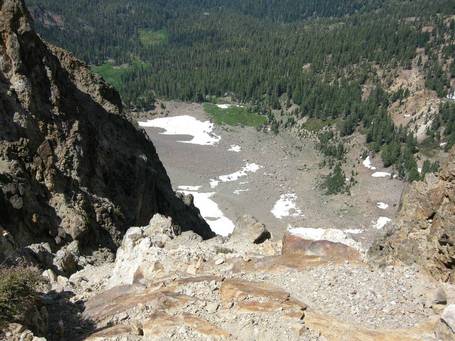 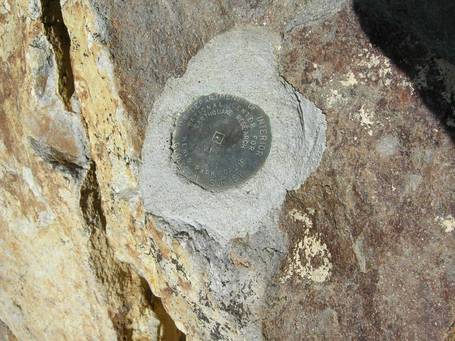 After some time on the summit to eat, we started down the trail, 3.5 miles to the trailhead. Surprisingly, for September, there was still snow on the trail at just 7,000 feet, thus disproving global warming once and for all. 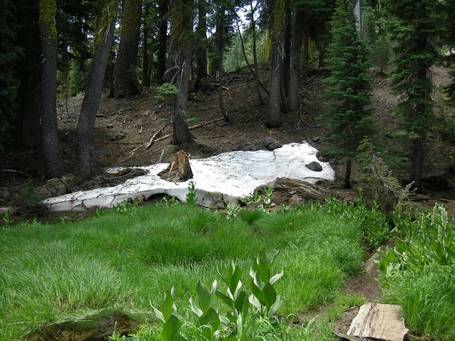 In late 1846, the Mexican-American War was in full tilt by this point, unbeknownst to Ide and company, and soon John C. Fremont arrived with a regimen, and, just 26 days after the revolt, took control of the fort at Sonoma in one of the longest run-on sentences of this post. The rest, as they say, is history, as California would become part of the US first as a territory, then as a state. Fremont would go to Missouri, postwar, before becoming the governor of Arizona Territory, and finally dying in obscurity in New York City in 1890. Also, there is a parking lot with a mayor named after him in the East Bay. Our headstrong protagonist, Benjamin Ide, would return to Rancho Barranca Colorado to successfully farm and mine with Josiah Belden. He died of smallpox in 1852. But the symbols of the Bear Flag Revolt would live to this day as the California legislature chose a redesigned flag based on the original Bear Flag, in 1911.

With thunderheads billowing to the southwest, we descended back to the parking lot, dusted off, and started heading back home toward Oakland. 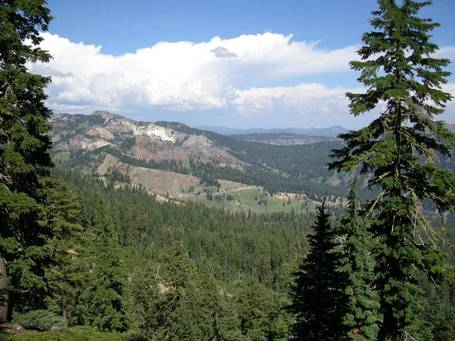 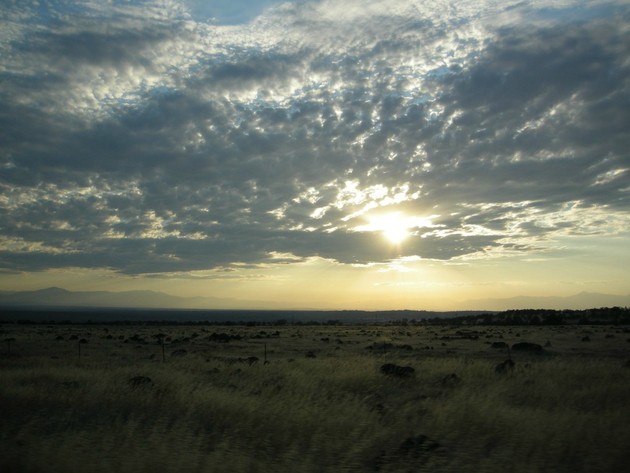 WHOSE SUNSET? OUR SUNSET!

Coincidentally, our final destination in Oakland was just a few blocks from where, in 1869, the first professors and students of a university founded just a year prior conferred for the first time. This university would soon grow, develop worldwide acclaim in both academics and athletics, and adopt the symbolism of the great golden grizzly bears of California, whose "strength and unyielding resistance" we see in our students, professors, and athletes of both times past and today.