Last time out, we saw some photos of the pre-game and first half action.  Cal quickly jumped out to a big lead, which was surprising to some and expected to others.  For me, I had the most negative visions dancing in my head before the game.  Having a big lead at halftime was exactly what was necessary to exorcise those demons. 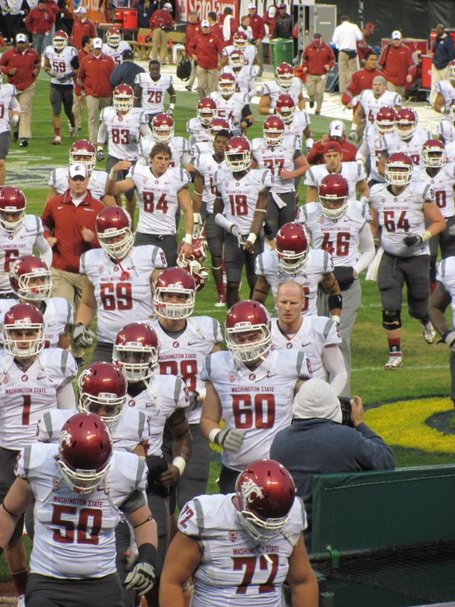 Washington State did not look particularly pleased heading into the locker room.  That is good!  There are more photos after the jump for your viewing pleasure.  That is also good!

If UCLA inexplicably makes it to the Pac-12 Championship game, Wulff might get fired before Neuheezy.  He did not look very happy here, while getting interviewed. 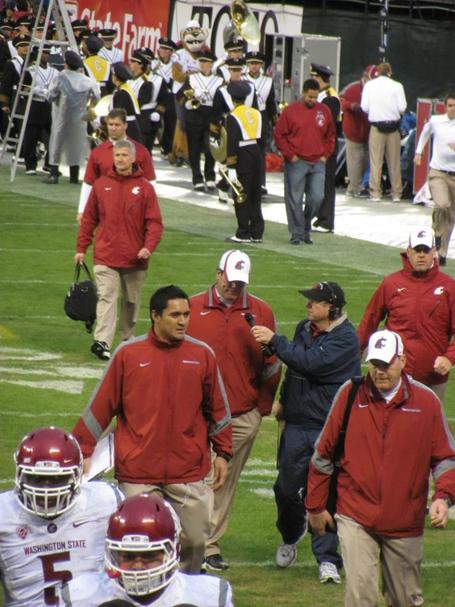 The band came out to do their thing: 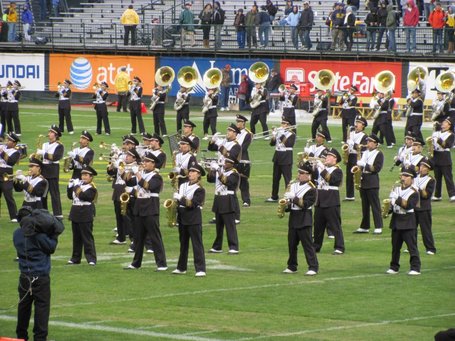 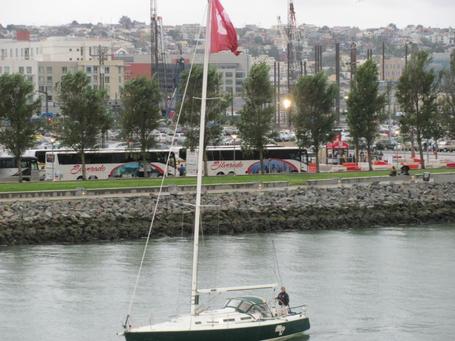 This was a hype up video to help get the juices flowing.  The rain had already started and so there was too much juice flowing: 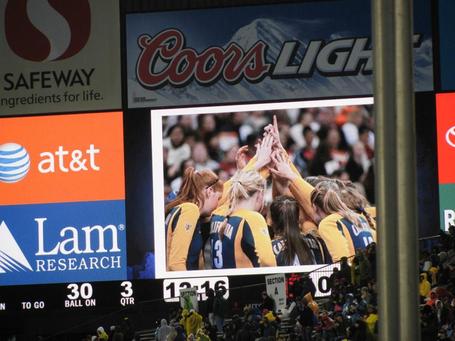 Things got a bit chippy in the second half.  Here, Galas got into it a bit with a rival player: 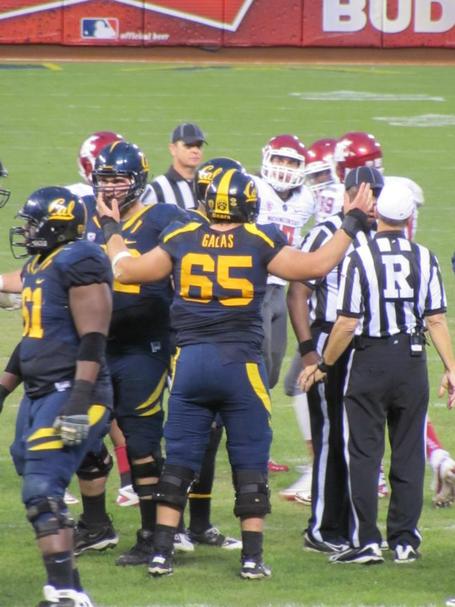 The refs had to come in and clear things up a bit: 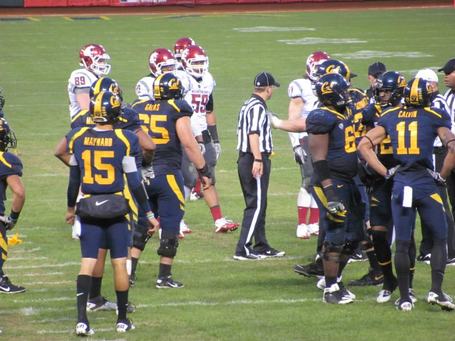 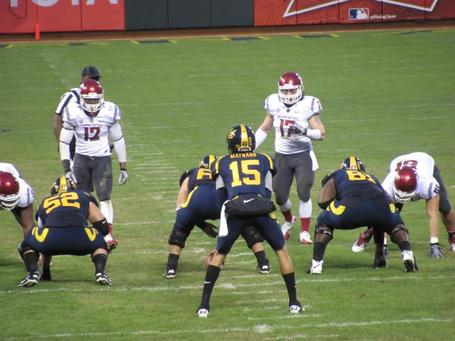 It was a lot of this in the second half: 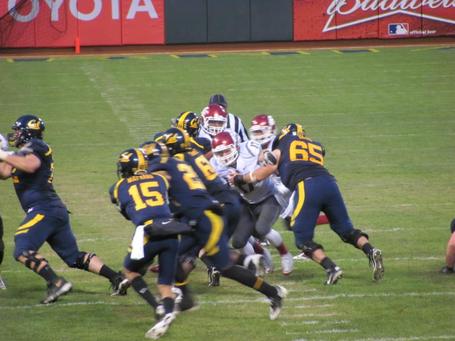 In the second half part of the band breaks off to come around the stadium and help play for the fans.  By now, the rain was really coming down strong: 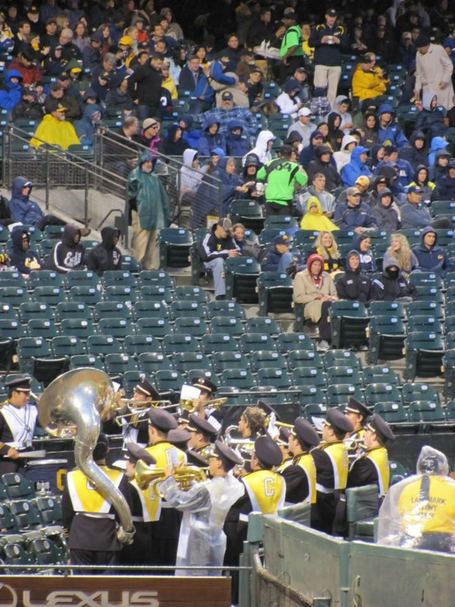 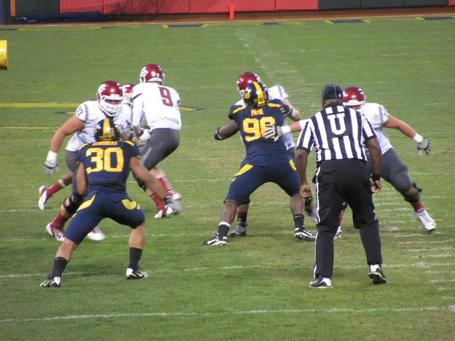 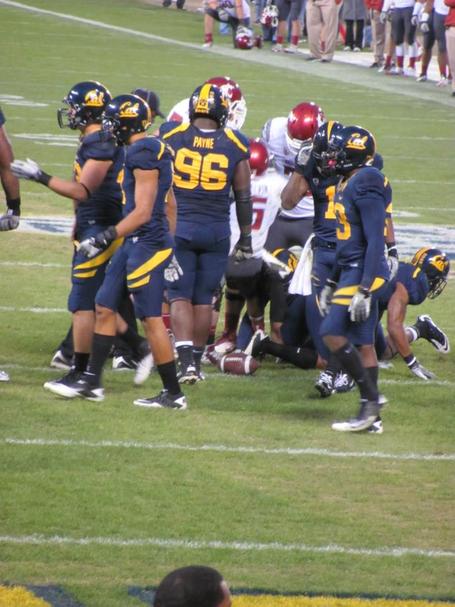 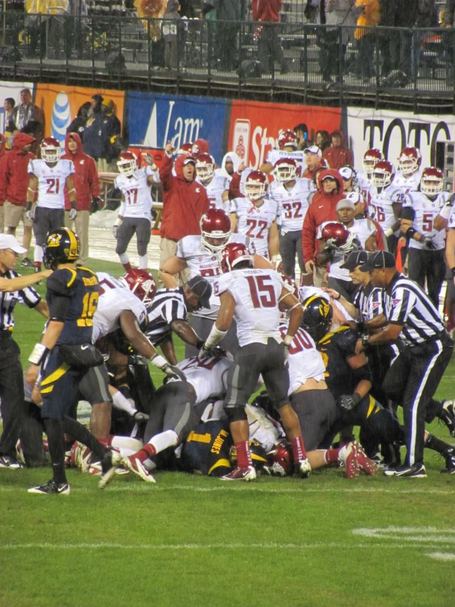 Here is the student section at the end of the game.  I'm not sure if they had all the left the game, because many people just sought comfort under overhangs: 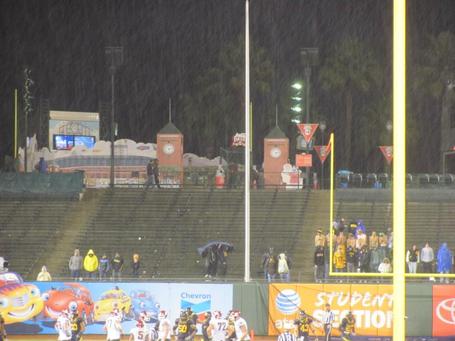 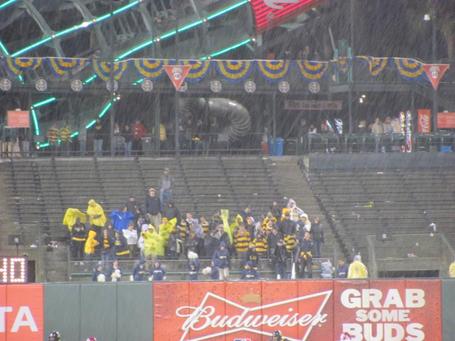 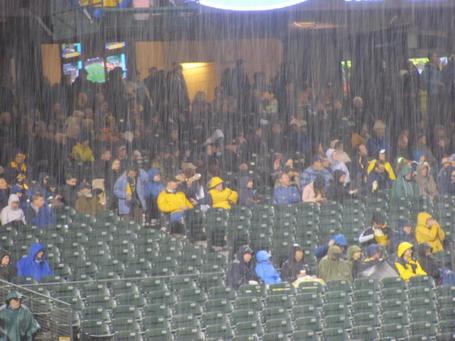 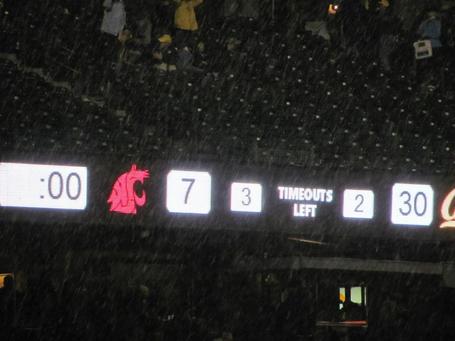 So, there you go.  A fairly uneventful second half.  A lot of running.  A lot of rain.  Maynard got injured, so they brought in Bridgford, but he didn't throw a lot.  Difficult to get a bead on how he can play under more normal circumstances.  Hope you enjoyed the photos. GO BEARS!