Last we left, Cal was up big at half.  Sadly, Jorge Gutierrez had spent most of the first half on the bench after getting two fouls.  But starting in the second half,  he was back in.  YAY!  JORGE! 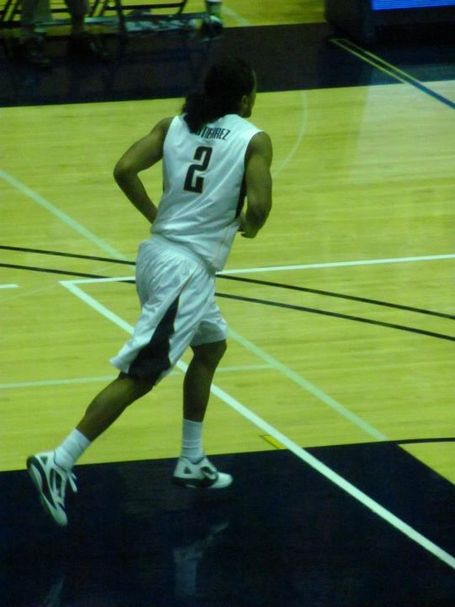 The entire second half was pretty much garbage time, but it was good to see some new faces get playing time.  Also, after the game there was an autograph session on the Court for all the fans.  GO BEARS! 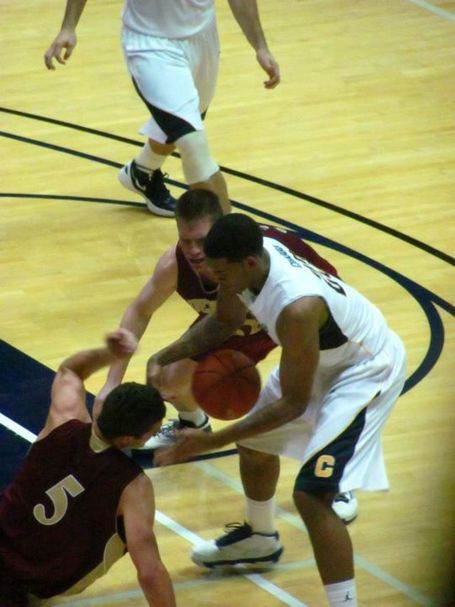 Keenan Allen was there.  There was a steady stream of people coming up to take photos or get things signed.  That must be an odd life.  Not being able to just relax and enjoy the game without tons of randos harassing you for something (or, even worse, a weird blogger taking photos of it and sharing it with all the world!).  Maybe if this blog game takes off and I become a celebrity superstar, I'll know the same feeling.  That'll happen just about the time Cal goes to the Rose Bowl!  So, never. 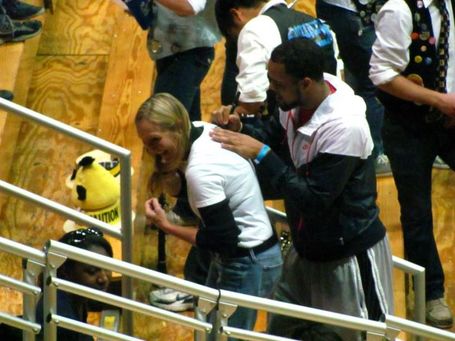 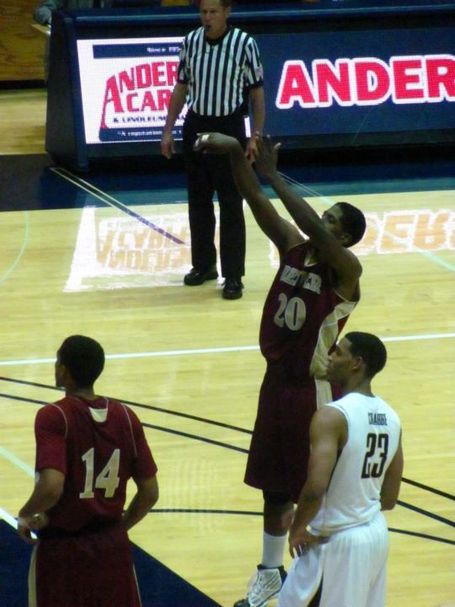 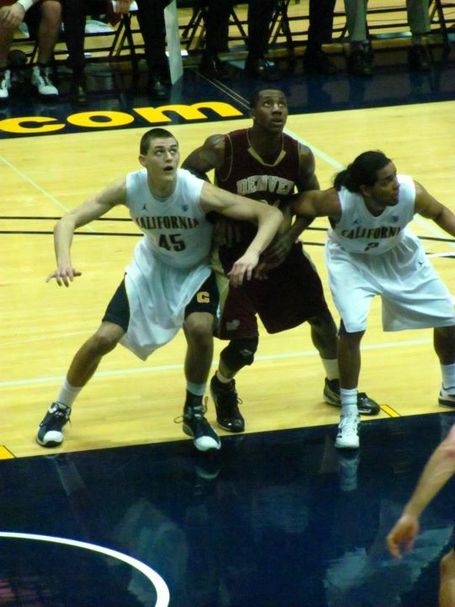 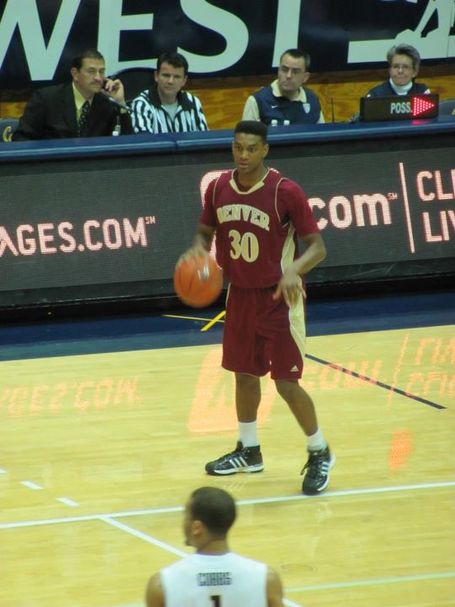 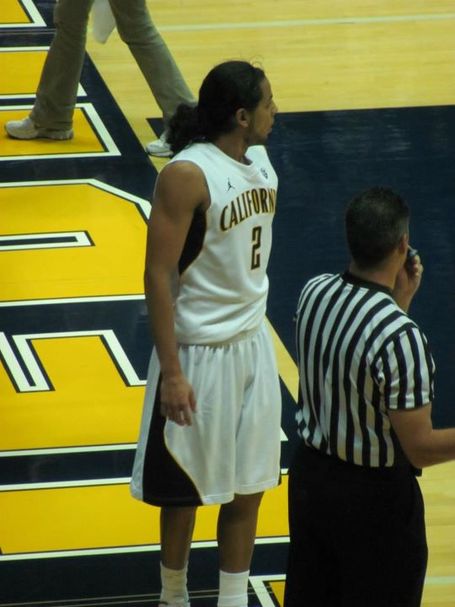 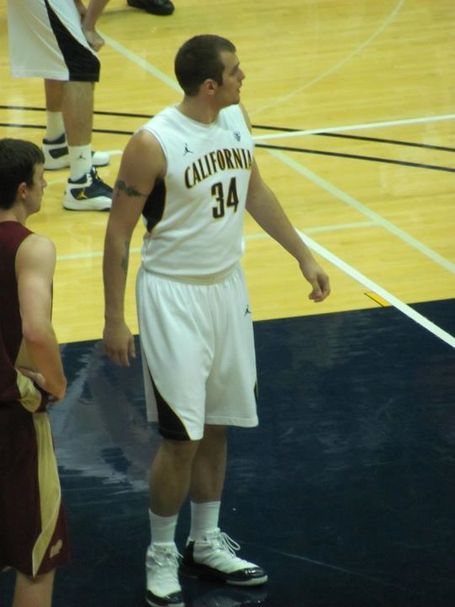 The Cal Band Jukebox had only the PG version of the Cee Lo Green song.  Sadly, the instrumentation for the band was poor for the song.  Not enough trombones and WAY too many percussion.  You can only really hear the brass and drums.  If you have too many drums for the size of the band, it dominates.  You could barely hear the trombones play the solo line. 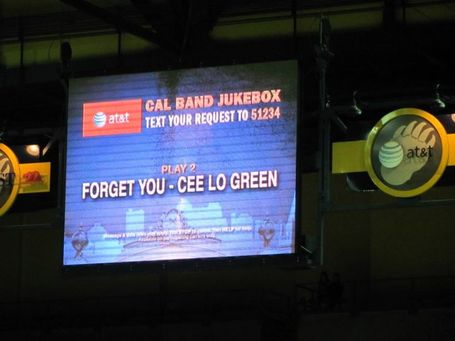 Guess who has a mustache now?  Eddie Kleinhans!  He looks like some sort of European Duke now. 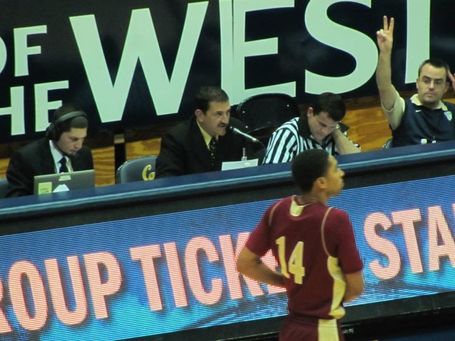 As we got closer to the end of the game, Monty started emptying the bench. 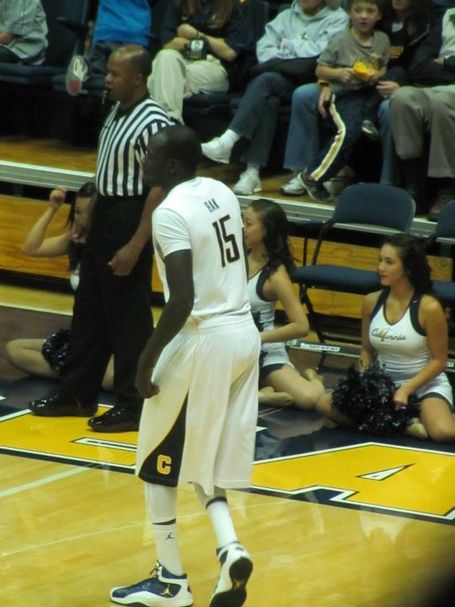 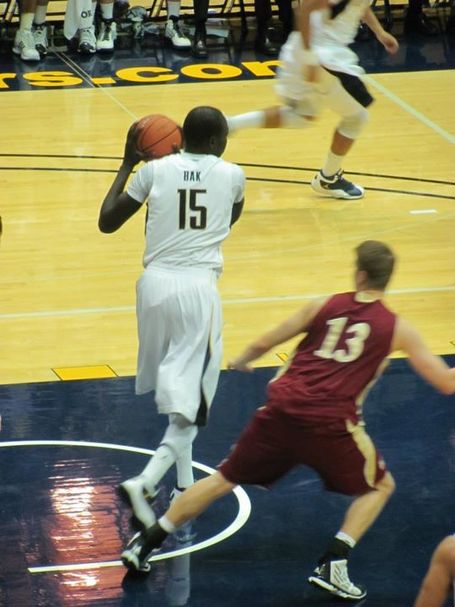 Yknow what we need.  MORE HOT KLEINSTACHE ACTION!  I think I bought insurance from him once. 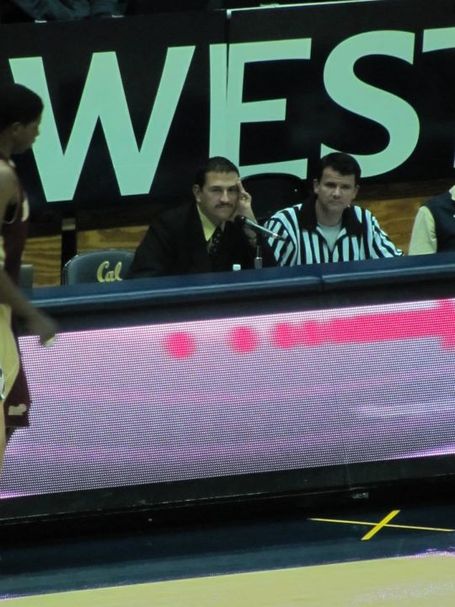 The Human Victory Cigar got in on the action: 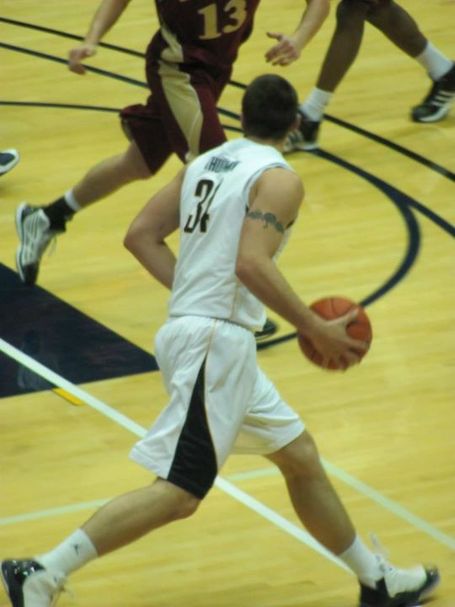 Even noted SAT dominator Raffi Chalian got some action on the Court: 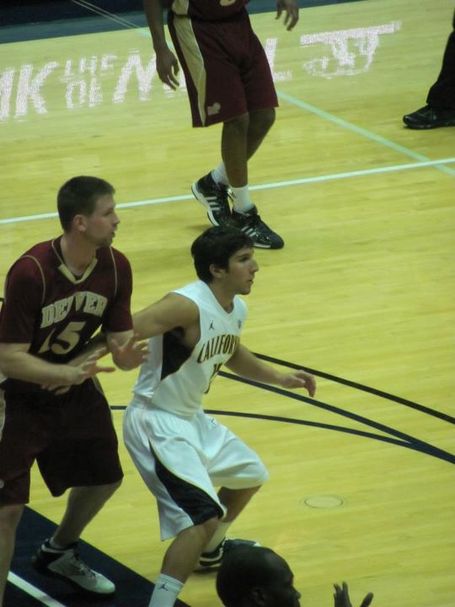 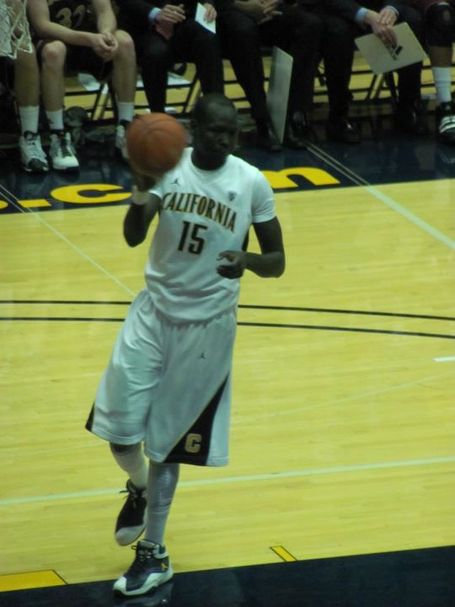 Soon, the game was over: 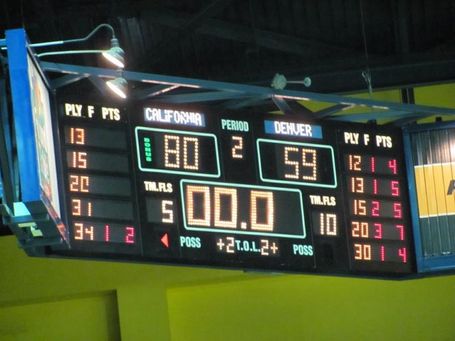 But the party was just getting started.  Autograph time! 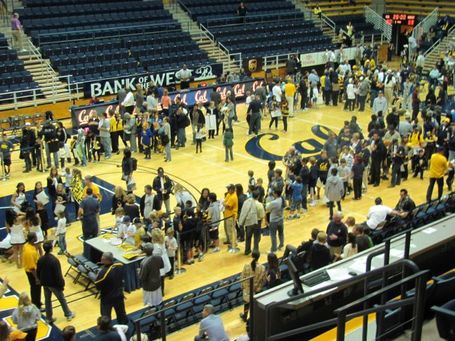 I didn't get an autograph, but I came down to the Court to just survey the scene and guess who walked right by me: 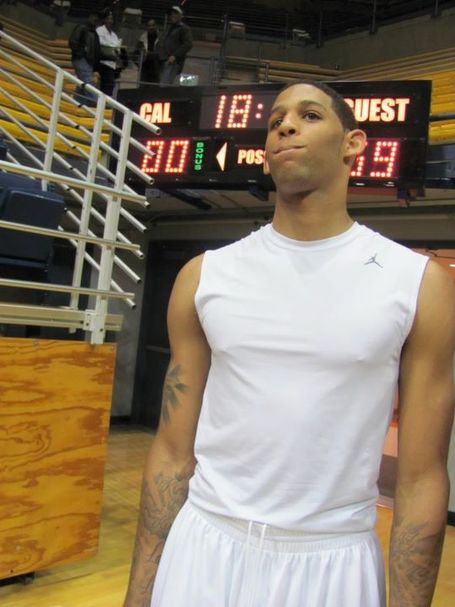 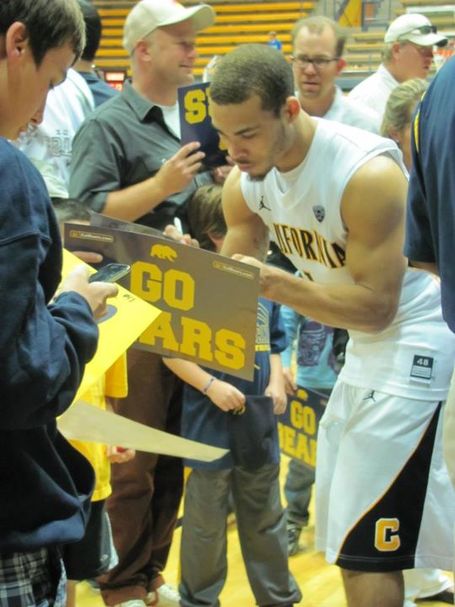 The lines were really long, but it looked like everybody was having fun getting autographs: 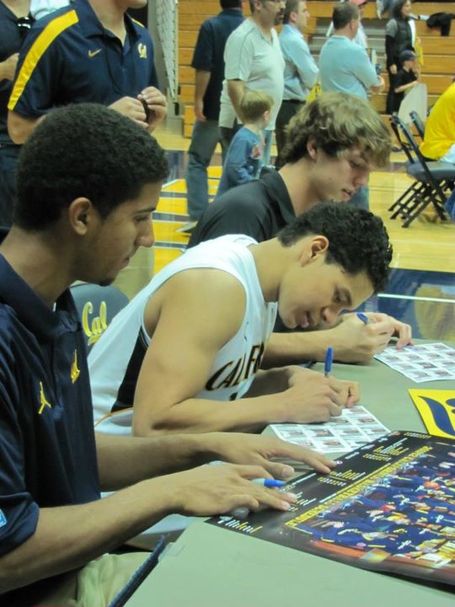 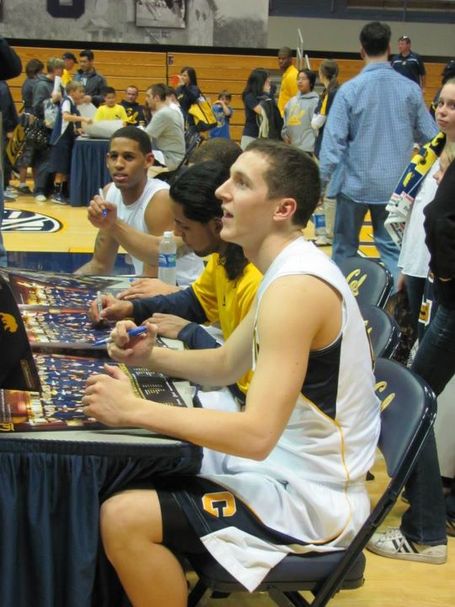 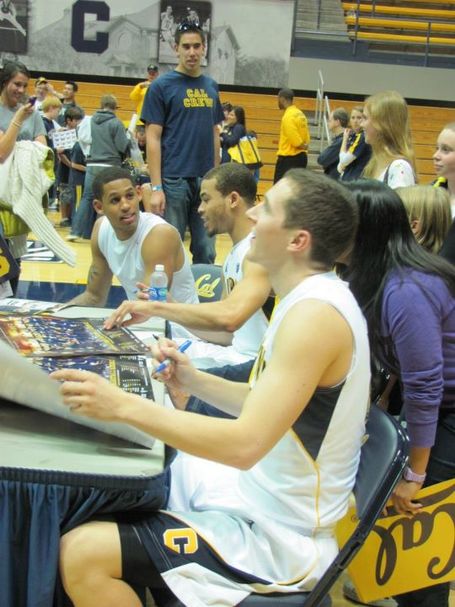 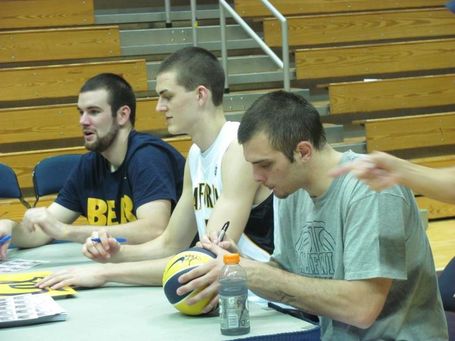 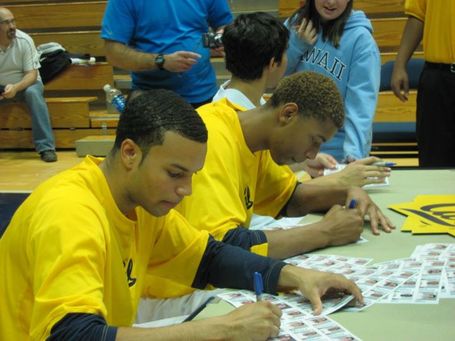 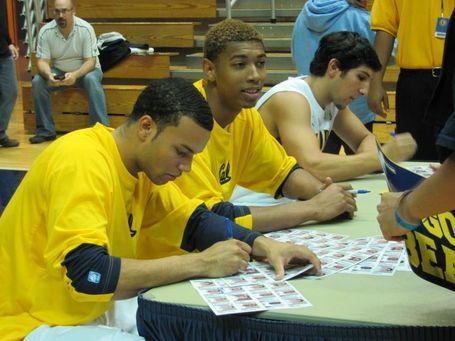 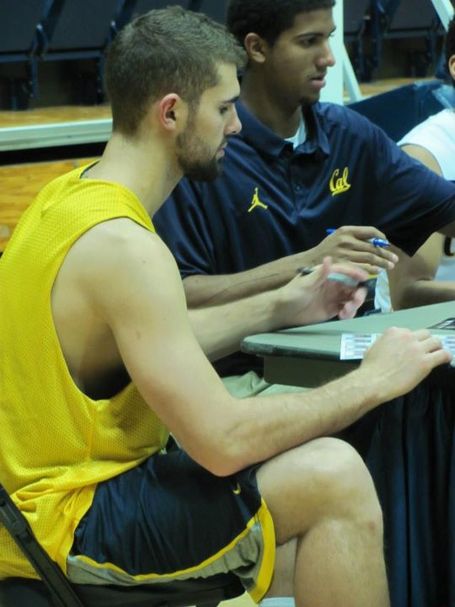 While I waited for a friend, I stared for a bit at the banners hanging in Haas.  It is sorta sad here, because we haven't had consistent success at all.  But I have faith that Monty can take Cal to the Sweet 16 on a consistent basis.  I think/hope we've just seen the start of his success!  GO BEARS! 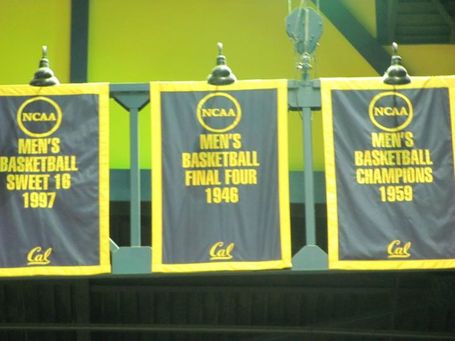