Hey!  Look at that!  Men's Basketball is at home.  And we know this because Cal has used a delightfully 19th century technology to alert everybody in a 20 foot radius of Haas Pavilion's corner to come out. 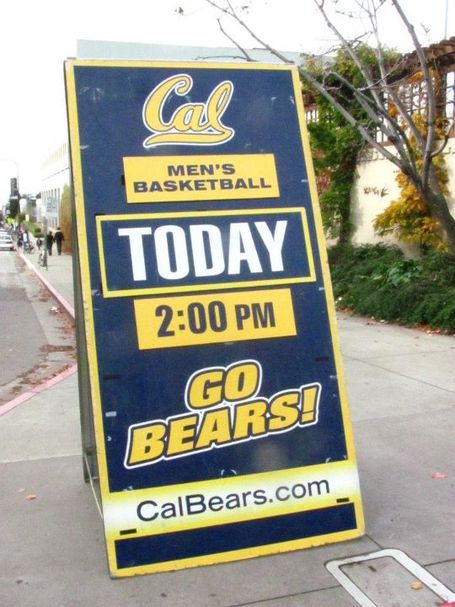 But hey, maybe the sign works.  It is a high traffic corner.  Who knows?  On Saturday, November 26, 2011, Cal took on Denver.  Cal had just been O-B-L-I-T-E-R-A-T-E-D by Missouri and a bunch of refs on Tuesday, so fans were looking for a solid bounce back win against a mediocre foe.  Although Cal started off a bit cold, that desired result is exactly what they got.  Let's see some photos of the afternoon after the jump.  GO BEARS!

Cal has upgraded its ticket stand.  It used to be those 3 little huts, but now there is an actual building.  And there was quite a long line for tickets.  That could be viewed different ways.  In one way, you could say that it is great that there was interest enough to build up a fairly sizable line. 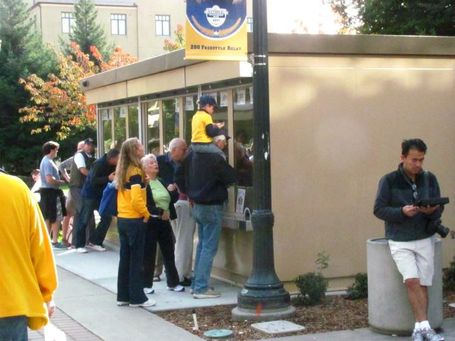 Even the band was fairly minimal: 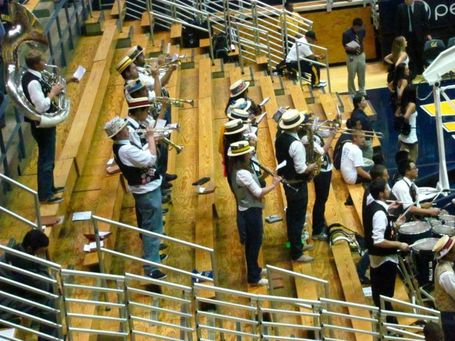 The players came out before the game in their new warm ups.  These photos don't really reflect the top well, which has a hood. 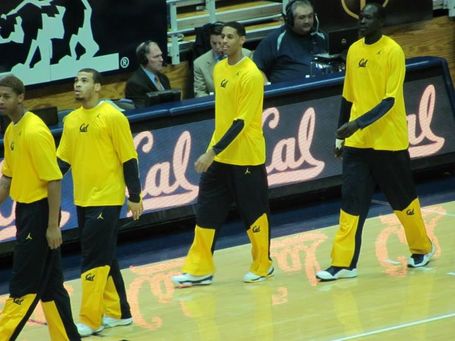 You can see Harper Kamp here wearing the warm up tops: 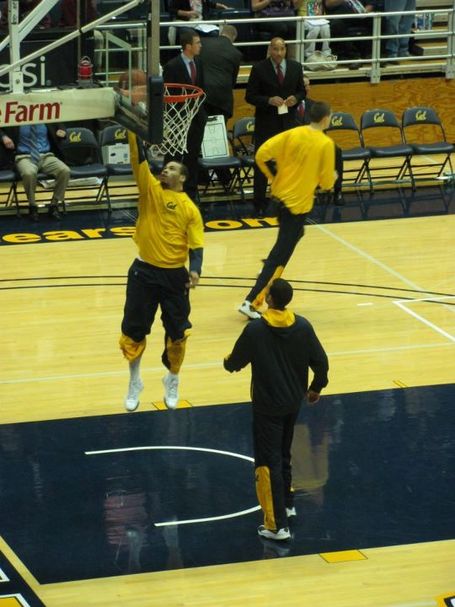 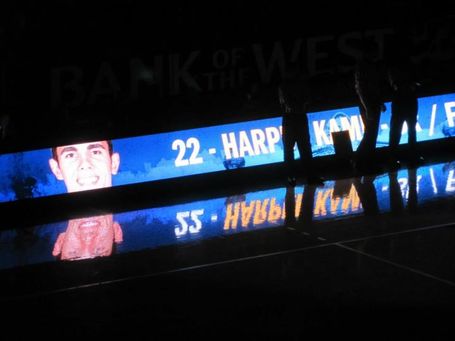 We won the tip off! 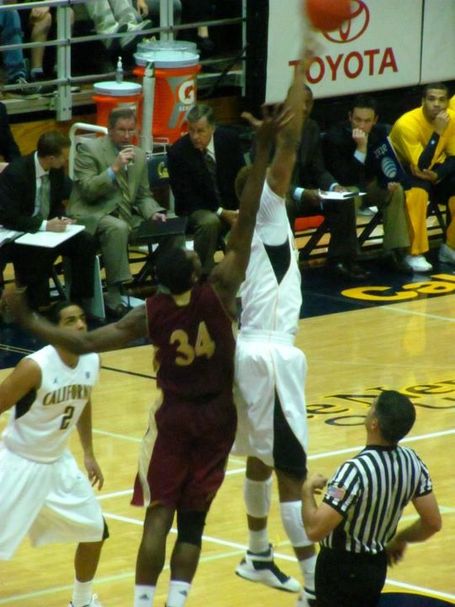 Sadly, neither team showed much offensive prowess at the start of the game.  Cal had trouble finishing on some open shots.  They jumped out to a quick 7-0 lead, but if they were more efficient, it would have been more like 15-3 or something along those lines. 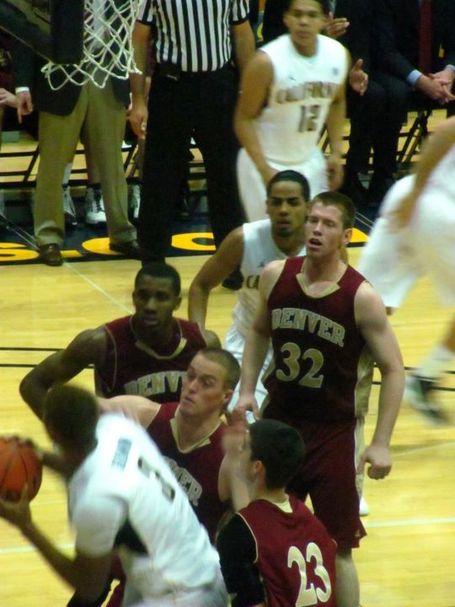 Sadly for the ticket paying public, Jorge picked up 2 quick fouls and spent most of the first half on the bench. :(! 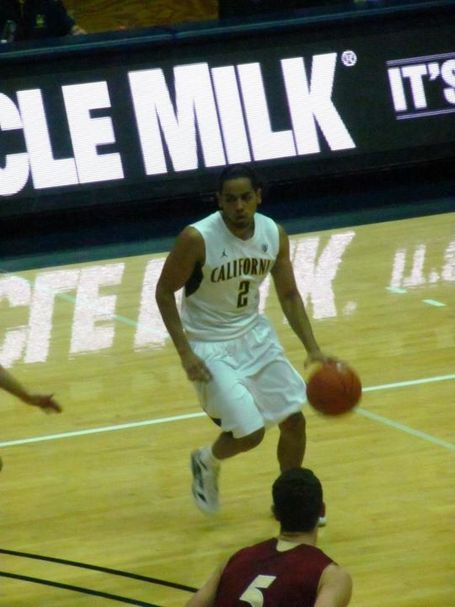 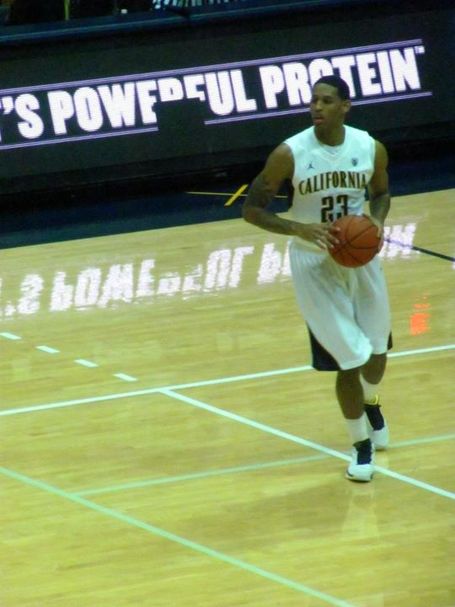 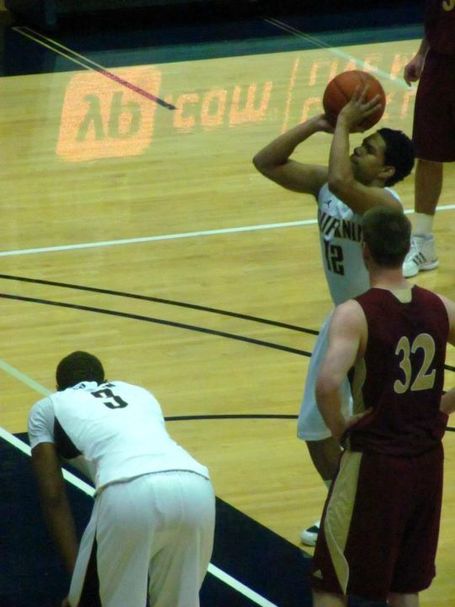 Sometimes I get lucky with the timing on a photo: 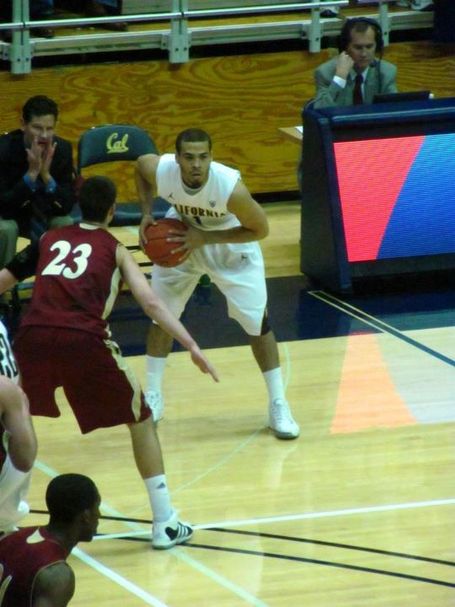 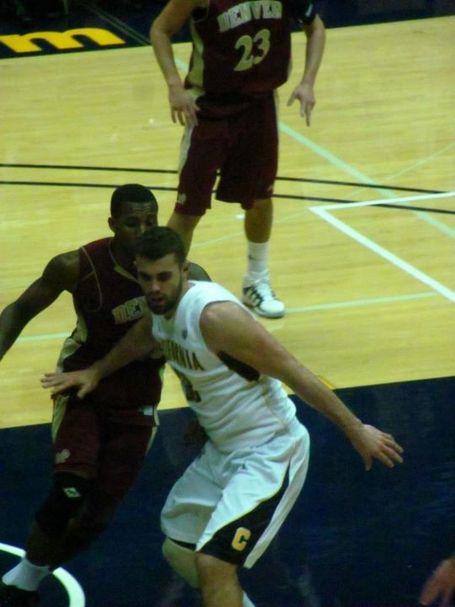 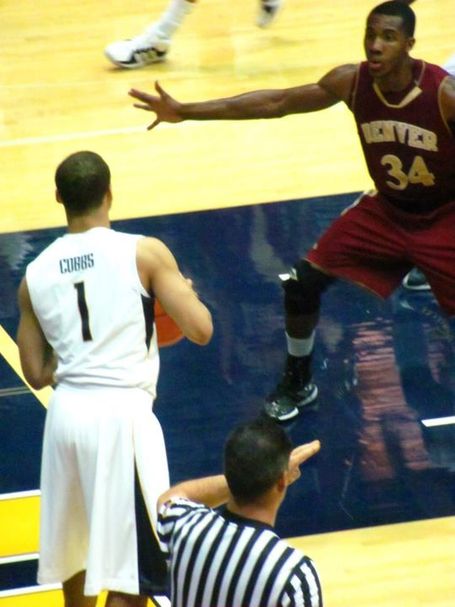 Although the lighting on this one could be better, I got very lucky on this shot.  I wonder what #23 for Denver was thinking??? 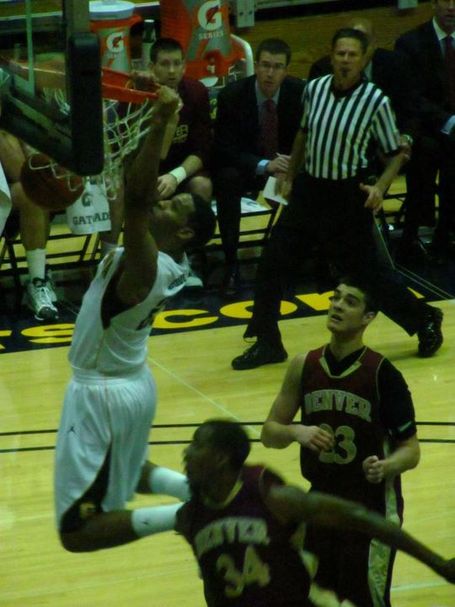 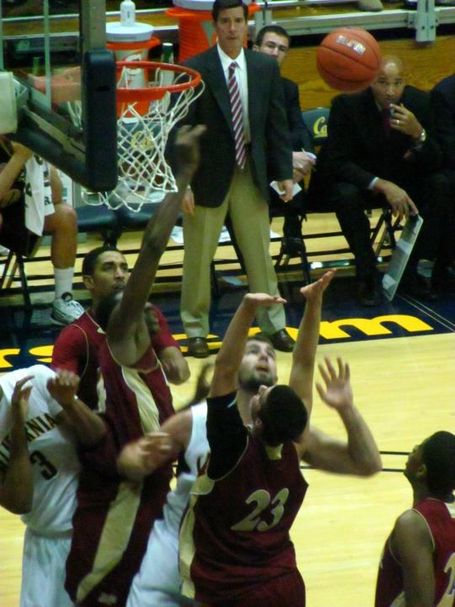 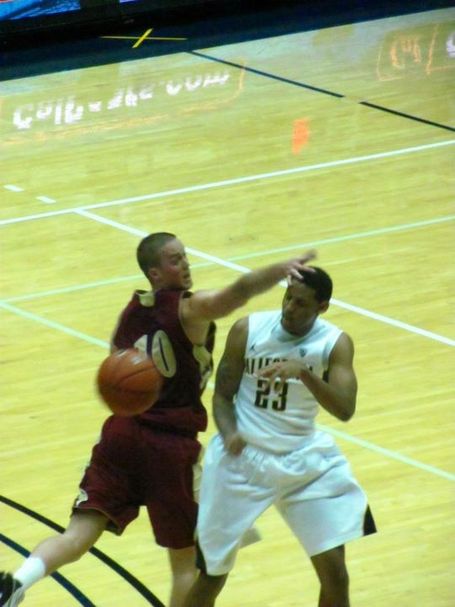 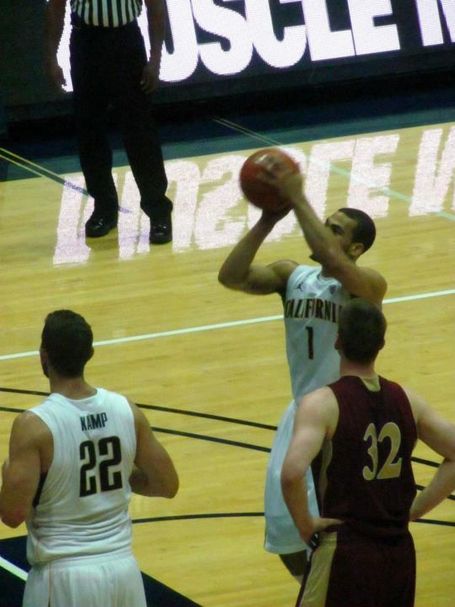 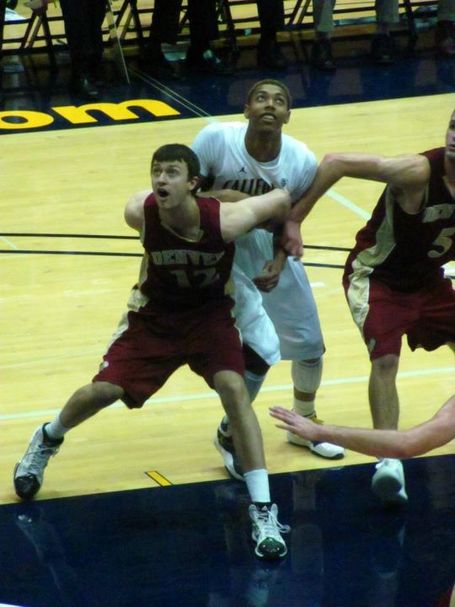 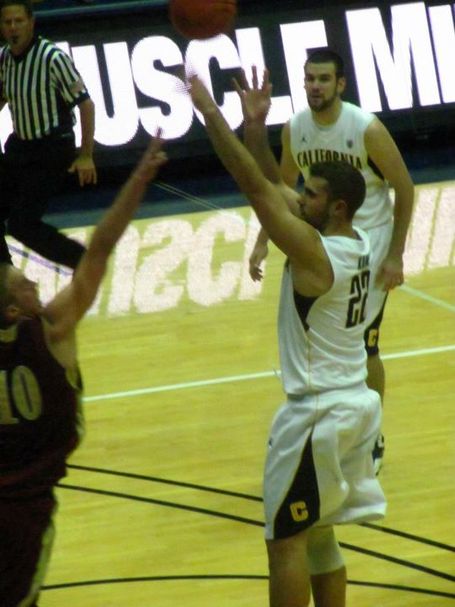 Jeff Powers told us that his favorite Thanksgiving food is stuffing and that he is a HUGE ManCity fan. 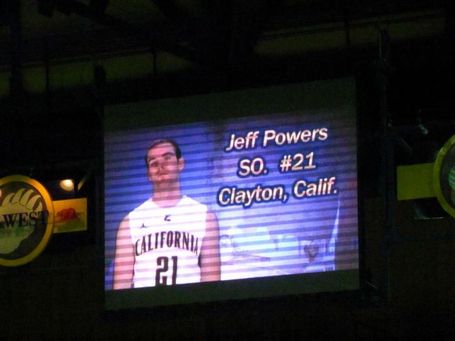 Guys........I'm concerned the opponents might find out which plays we are running.  Might want to look into this: 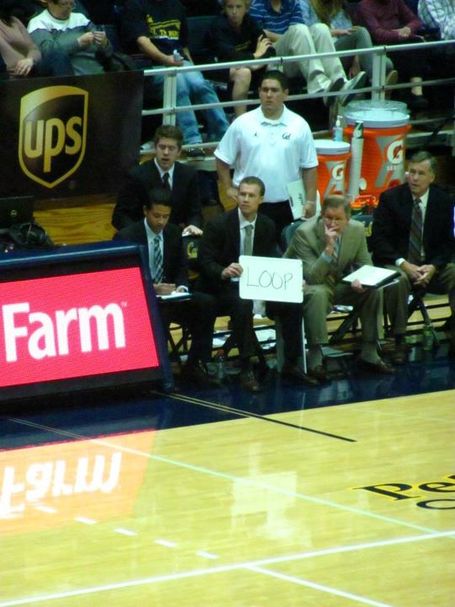 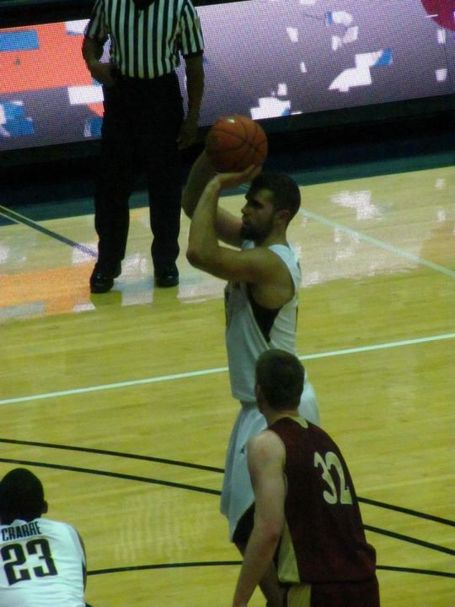 Soon, the first half was over.  Cal was up by a pretty comfortable margin.  However, if Jorge had stayed in more and Cal had finished more shots, it could easily have been much greater.  The team seemed a bit out of sorts and perhaps too relaxed to start the game.  Monty was fired up, though, getting visibly upset on a goaltending call against Cal.  I didn't quite see the call close enough, although Scootie indicated that it was a wrong call.  He also got sorta angry at Dick Solo for not moving down the Court fast enough on offense.

Tomorrow, I'll post some more photos, including shots of the 2nd half and more!  GO BEARS!!