Back up to sixth, although it looks like aussie_picks is starting to run away with things here. 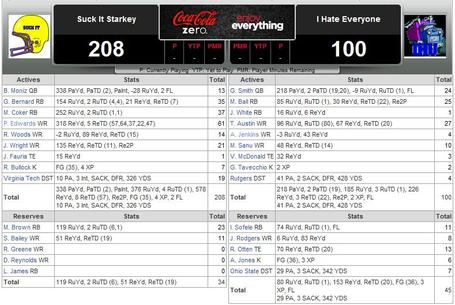 Yeah, I got my ass kicked. You know how Case Keenum went off for nine touchdowns last week against Rice? Starkey had the guy that was catching most of those passes. 61 points!?!? What the hell, man? I can't compete with that. Certainly not when James White gets me a grand total of 1 point. 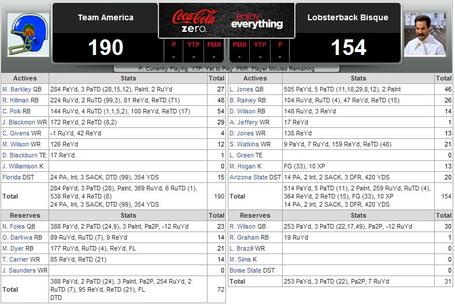 Down goes Lobsterback Bisque! The streak is over! Long live the losing streak! You know, that'll happen when Alshon Jeffrey goes for a total of one point and Chris Polk racks up 54. Craziness. 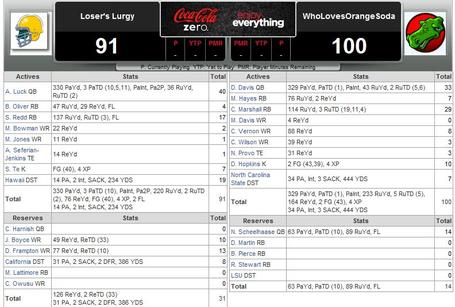 Loser's Lurgy continues to do its thing despite Andrew Luck going for 40 points. This matchup basically came down to two stars on each side leading a bunch of cripples into a knife fight. 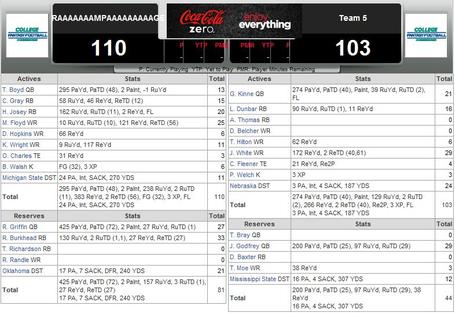 RAAMPAAGE got by Team 5 by a count of 110-103. Personally I think the biggest shocker is Coby Fleener only putting up four points. What happened to that tight end led offense on the Farm? 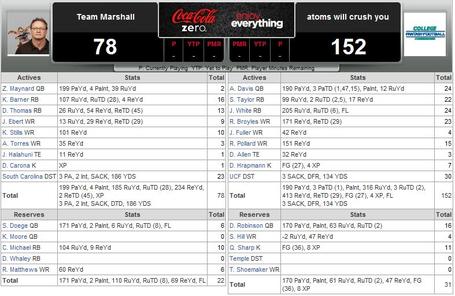 atoms did crush Team Marshall. You know, because Zach Maynard went for two points. (Let's not get into that here.) The Oregon RB duo of Kenjon Barner and DeAnthony Thomas wasn't quite enough for Marshall against Ryan Broyles and the UCF defense. 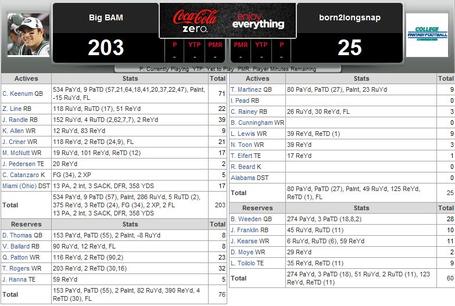