The Oregon Ducks have used all sorts of uniform combinations against us in the past, so no surprise that they decided to do something retro for their Thursday night game. We'll get to that in a bit, but first, a history. 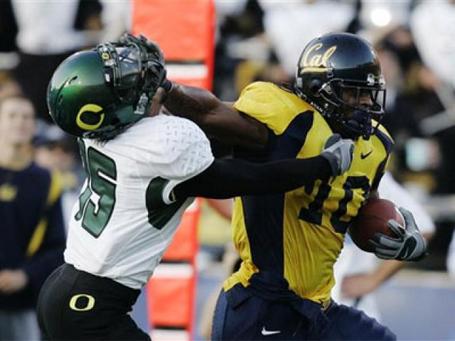 Didn't work out so well. The banana-blueberries were just too much for them to handle.

See the rest of the photo-history (and the new Oregon unis) after the jump! 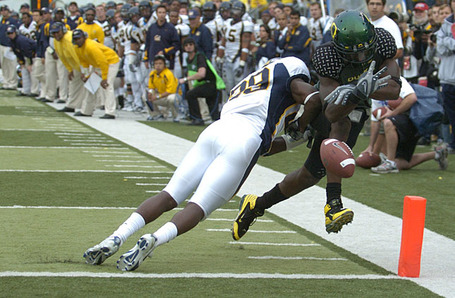 That didn't work so well either.

2008 was the all-white combo. Pretty enough, although no one could see what they looked like. 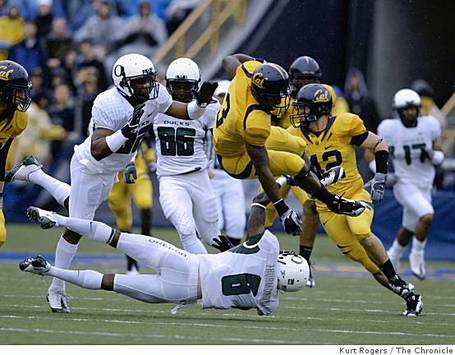 Finally in 2009 they didn't mess around. They went retro, they went rugged, they beat us down. 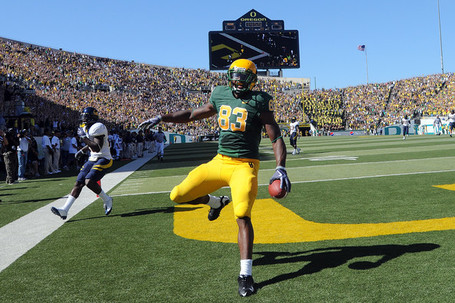 Then in 2010, they brought out the wings of glory. 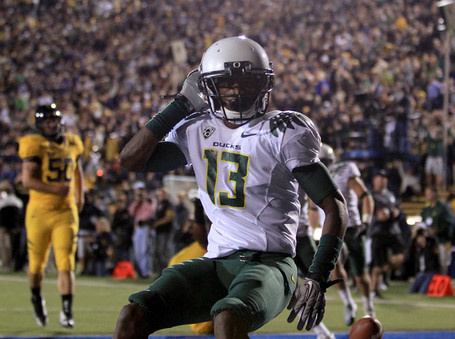 Oregon loves to put out any uniform combination possible under the sun. So why is it not surprising at all that they decided to go retro for a Thursday night primetime game against the Bears?

Here's what they came up with. 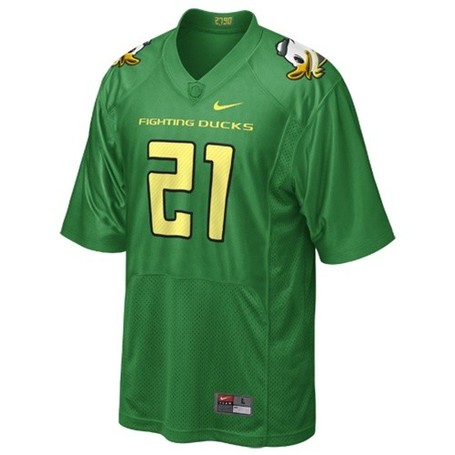 My reaction to this is akin to what this bear feels.

At least losing in 2009 to those duds had some merit. Losing in 2011 to the fighting Donald Ducks would be hard to take.