Ask CGB: The One Where We Lose All Perspective

Share All sharing options for: Ask CGB: The One Where We Lose All Perspective

Apologies for missing last week's Ask CGB, I was snowed under at work. Not that it's much better this week, but I might as well do something while waiting for my dinner to show up.

A two-time Pro Bowler, I was itinerant enough to play for three teams during my nine year NFL career. Unfortunately, I was inconsistent enough at my day job (from the line of scrimmage) that my first coach briefly tried converting me to the other side of the ball. It didn't take. I did manage to (co-) lead the league in a prominent statistical category during my first year with my second team before doing, well, what everyone else on that team does. Someone who used to inspire Golden Bear fans the world over to throw up the Roc-a-fella sign (or the Diamond Cutter sign, depending on your preferences), who am I?

Pretty easy one, I thought.

The bright spot of the Holmoe years.

I think it’s the guy who tried to win the ’99 Big Game all by his lonesome.

This plan was foiled when Stanfurd figured out his cunning plan and started punting away from Deltha O’Neal.

Member of the Lost Tribe of Mooch

It's occurred to me that we've had quite an accomplished list of DBs come out of Cal recently...though you wouldn't know it by how Nnamdi Asomugha has played this year. So let's get to this week's question.

You've probably seen me on TV during a whole lot of sporting events before, although you wouldn't have any reason to know that I graduated from Cal, really. But it's true, I earned a major in mass communications during my time at Cal before apparently suffering a brain injury (just kidding!) and deciding to get a MBA at U$C. A true pioneer in my field (of which only one person is really truly famous on a mainstream level...mostly because of a peeping tom), who am I?

A bit more obscure this time, but hey, that should just make it more fun. Logo time!

So about that headline. Perspective. aceman doesn't have it.

Is the current Tedford regime really any better than Holmoe?

Yes, I know that I am comparing the best Holmoe year to the worst couple of Tedford's years.....BUT STILL!!!!

We used to beat USC under Holmoe, now we never beat them. I remember a game against SC in the late 90's when we were down 30 pts, then came back and WON. A Tedford team will never be able to do that.

I don't know if it's selective memory or what...but despite a lot of losing back then, I seem to remember fewer blowout loses under Holmoe vs. Tedford.

Yes, under Tedford in the beginning we beat Stanfurd and Washington for a few years, but now that capability is gone too. Oregon, Stan, Washington, and USC are guaranteed loses now.

OB's got this one.

The USC point is absolutely off base. Holmoe had the fortune to play against some of the worst USC teams over the last quarter century. And USC's record during the Holmoe Cal years was, I remember reading somewhere, the second worst of ANY 5-year period of SC football EVER. Holmoe's teams never had to compete against any SC team that was anywhere near the caliber of SC's teams under Carroll/
Kiffin. Carroll's first USC team in 2001 wasn't even that good and we managed to lose 55-14.

Comparing Tedford to Holmoe is hyperbole of the highest degree. We have issues, yeah, but we're not close to THAT kind of ineptitude. Gilby years, maybe I'll give you that.

And those are just the ones I can remember.

in the beginning? We beat Furd in 2009. Oregon in 2008. We had the ball on the UW goalline at the end of the game this year! Sure we don't compare to 2004/2006 but guarenteed losses? Come on, hyperbole. And the 2008 Bears would've finally beaten this year's USC. Trust me, I'm not happy about how we looked at Oregon and USC but the pendulum will swing back in our favor. Hopefully.
USC under Holmoe was terrible by the way. If you want to play that game - how often did we beat Oregon under Gilby? That just proves Gilby was better than Tedford.

I realize the point is hyperbole, and we get a lot of flak around here for looking at Cal football through sunshine-colored glasses...but things would have to get a LOT worse before you can make a legitimate comparison to the Holmoe years. Is it a fair question to ask if the program is going downhill? Yeah, I think you can say that. But it's not there yet. Hopefully he'll be the man to turn it around. 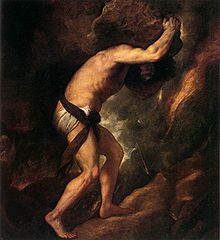 And be the one to keep pushing the boulder up that hill.

Let's keep it dreary, people! LongTimeBearFan, you're up.

How bad would it have to get for Tedford to consider resigning?

After all the talk about buy-outs and what not, I have to think there would be a point where Tedford would find it the 'honorable' thing to do and resign....

Would we have to lose out and finish 3-9? Would he stick around through next year and depart if we have a third straight losing season?

No one ever resigns in college football. No one. There's something in there about college football coaches being competitive and all that, which is true, but basically, no one walks away from guaranteed money. So there's really not much point in debating this.

I think Wins and Loses for this season won't do it. With as much effort and time as he's spent into getting the SAHPC up and running, It'd have to be something big like a recruiting or player behavior scandal. If we look this  bad next year though, he won't have to wait to resign.
I do suspect that if Tedford were to ever leave Cal, he would be able to be successful at his next stop.
I think the point about being able to utilize the SAHPC is a larger one though - he's definitely not resigning until he's able to recruit at least one class using the SAHPC as a drawing tool (I know he already has, but I mean, using it as a tool once it's actually built), and I don't think he gets let go before then either. Unless, as LeonPowe mentioned, we look this bad next year too.
But why look ahead to next year when we can look forward to what's to come this season? BlueandGold is your man here.

The season is halfway done. What are your expectations/goals for the second half?

-Make a bowl. Don't care how, just do it. If that means we have to upset ASU in the last game of the season, fine. Whatever. My personal target is 7-5, which would mean winning against UCLA, Oregon State, Utah, and Washington State. Do-able.

-Less beating ourselves. Please. Penalties are okay when a team is still feeling itself out, but by this point, it's just demoralizing how many mental mistakes we continue to make.

-A competitive showing against Stanford.

-Improvement from Maynard, especially if Tedford plans to stick with him next year. And if he doesn't improve, then I want to see extended action from Bridgford.

-Continued improvement from the young OLBs, who HAVE to set the edge/run contain better, as well as finish sacks more often

-Hopefully, more of a role in the offense for Bigelow by the end of the season

-More consistency on 3rd down.

I would agree with most of those, and would be disappointed if those things don't happen. Although I'm not holding out much hope for a competitive showing against the Furd. Mostly, I'd like to see Maynard progress, with continued maturation along the defense as a secondary goal. And a bowl appearance (hopefully the Las Vegas Bowl) would be nice, although I'm not certain I'd want to fly out there to go see it anyway. So I can live without that.

I would like to make a bowl, but honestly, all I hope for is just a team that looks to be on the way up. Currently, we don't. Its all in the manner in which we finish out the season. Also, fewer rugby punts.

Let's get to some cheerful hypotheticals. matrixwalker?

Would Garrett Gilbert be a good fit for Cal?

Now that Garrett Gilbert is basically a free agent, would he work well at Cal?

He's got a cannon arm, his dad played QB for Cal in the 80s and was actually Cal's QB in "The Play." it could be a steal, perhaps he could become the QB that Texas hoped he could be...and he's prolly wisened up a bit since leaving Texas...

First crack goes to (who else?) LeonPowe:

I'm not opposed to it - but where does he fit in? He'd transfer in as a junior. . . and have 3 years to play two right?* With Hinder, Bridgeford and Kline - sure chances are likely that we won't get great QB play from all three, but it seems a little crowded. For what it's worth, a UT friend of mine thinks that Gilbert was fine - but they kept running McCoy's sets and reads for him, and he wasn't ready for that level. Don't have a real strong opinion about this one.
*I haven't the slightest idea and I'm too lazy to open another browser tab to actually research.
Of course, I hope no one on the blog has watched enough Texas football to know who was to blame for Texas' offense's struggles last year and this year, but a cursory look at his statistic reveals, well, he might be more bad Kevin Riley than good Kevin Riley. And we all know how that turned out.
It'd be a nice story, and maybe he could pan out, but I wouldn't count on it.
One more hypothetical. bearister's turn.

Can Kyle Boller be a Cinderella story?

I am really rooting for Kyle. It would be a great tale of redemption if he defied the odds and played solid football for the Raiders. His Wikipedia bio shows there are potential nuggets of greatness in him. Failed players have been reborn with the Raiders in the past. Brandon Tierney on The Game trashed him viciously on this afternoon's show. Someone should send him a transcript of that broadcast to tick him off and motivate him. He needs to dig deep and get this done. He needs to call AR for spiritual guidance. Heck, his stats in Sunday's game mirrored Alex Smith's and Kyle has taken no snaps all regular season. I have a feeling he can get this done. It is his Jim Plunkett moment and he has to seize it.

As much as your last sentence inspired me to start loading up the soundtrack to 8 Mile, well, in the time between when I gathered this question and when I started to sit down to write this thing, the Raiders traded for Carson Palmer. Which I'm sure must be delightful to Kyle after all of their battles in college.

But to answer your question, no. He's not.

He'll always have this guy's Super Bowl victory in Madden 06 though.