California Golden Blogs: Formidable Opponent: How To Turn This Season Around!

Share All sharing options for: California Golden Blogs: Formidable Opponent: How To Turn This Season Around!

[Stolen shamelessly from the Colbert Report. In this post, I'll debate myself, taking two sides of a controversial position. That is why you come to CGB, afterall. It's not for the statistical analysis. It's not for the vibrant community. It's not even for the funny pchops (although, maybe!). No, it's to hear me argue with myself! We're the homeless guy on the bench of sports blogs. And with that introduction, let's get into today's Point/Counterpoint]

Point: Look, we try to be reasonable here at CGB. We try to look at all the ins and outs. We try not to be the worst stereotype of college football fans with the: BENCH THIS PLAYER NOW! FIRE THAT COACH NOW! REFORMULATE THAT GATORADE/WATER MIX IMMEDIATELY!

However, it is obvious to any and all that Cal is struggling right now. No denying that. And the question is, what are the reasons for the problems? Here at CGB, we try to go deeper into analysis than anybody else. We have to ask the hard hitting questions, why is Cal struggling?

For me, I think it genuinely comes down to coaching. Poor schemes limited talented players. Limited focus on execution diminishes players abilities to succeed. Minimal attention to detail gives other teams opportunities to succeed at Cal's expense! None of this is good. But it is not all coaching. In fact, most of the coaches are doing a great job. In our analysis, we've isolated it down to really one solution.

What is this solution? How can we turn this Titanic around? I've got it: 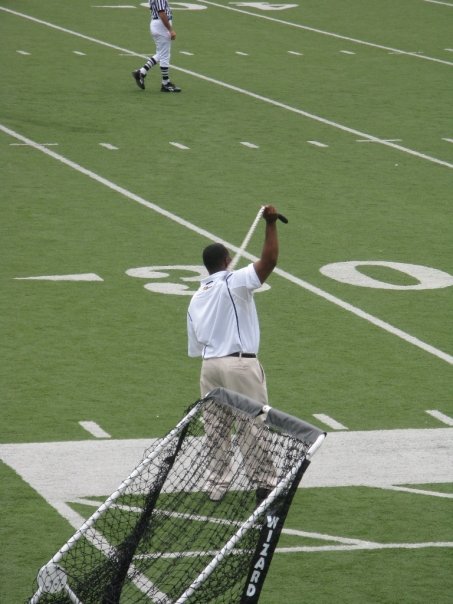 Look at that form. Look at that technique. That is the sort of rope twirling technique that brought us to the brink of 2 separate Rose Bowls not so many years ago! What a halcyon age! He is more Hope Coach than Rope Coach! For those who do not know, Rope Coach is a Cal football coach who spends the entire game jazzing up the team with his amazing rope twirling! Just look at that classic photo.

But for all of his previous accolades, there is no denying that this year his technique has definitely been off. We've seen him screw up advanced moves like the Triangle, the Zero Gravity, and even the Hirstute Houdini! And he's been way off on even basic moves like the Single Wing Twirl, his Man To Man Twirl, and, of course, his classic move, the Keenan Allen.

Look at this quote from the Cal-USC game:

"The fact he really telegraphed every rope he was going to swing made it easy," said USC linebacker Chris Galippo. "When a Rope Coach stares down his rope like that, you just follow his eyes."

We cannot stand these inaccuracies any longer! Cal has 4 key games coming up and we need the best Rope Coach we can get. As such, I present to you, the thesis to this extreme viewpoint piece, bench the current Rope Coach and put in Backup Rope Coach.

Now, yes, I get it. We haven't seen Backup Rope Coach twirl that much rope. We've only really seen 19 twirls. And even there, he had some major decision making problems with those limited 19 twirls. I saw some good technique, definitely, but also some potential problems. He hit an Aaron Rodgers perfectly! What a glorious advanced twirl that was. But he also had trouble pulling off the Shotgun Twirl, a move that even the most novice Rope Coach needs to hit.

Still, we're not going to win any more games with Rope Coach. This season is lost anyway. It's time to build for the future. I can definitely tell in those 19 twirls that Backup Rope Coach is the way to go. With Backup Rope Coach in, we might not be too successful this year, but with some of the great talent on the team, I predict Rose Bowl 2013 is covered in both blue and gold! And gold! 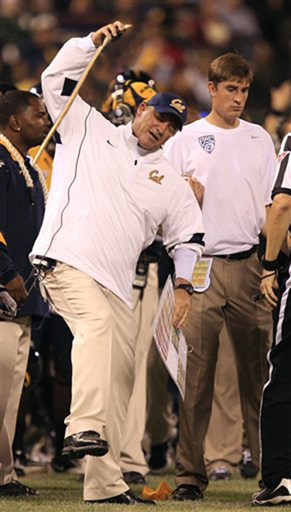 Counterpoint: Dude, it's the Rope Coach. Why did we even write this???

[Many thanks to Redonkulous Bear for that pchop]