This Week In The Pac-12: Arizona State Gives Up

Share All sharing options for: This Week In The Pac-12: Arizona State Gives Up

Hey Mr. Erickson, I understand!  Believe me, twice in the last three years I've desperately wanted to quit trying when the Ducks take on my Bears.  But I was strong, and I watched both games in their entirety, even the 4th quarter.  Which is why I was so surprised when you gave up down 14 points with 7:32 left in the 4th quarter.  Up to that point, Oregon had scored on 7 of their 14 drives and 4 of their last 5.  So why, when facing a 4th and 2 at your own 32, would you punt rather than try to gain two yards?  You know your chances of stopping Oregon's offense are bleak, and even if you get that three-and-out you're allowing Oregon to run a few minutes off the clock when you need two touchdown drives.  You've been averaging 5 yards a run!  Just hand the ball off and cross your fingers!

Of course, Oregon got a first down, ran 3:13 off the clock and forced the Sun Devils to burn two of their time outs.  Arizona St. should have scored one touchdown on the subsequent drive that was somehow intercepted, but even if the receiver held on, there were only 42 seconds left for an onside kick and final attempt at another touchdown drive.  As if Oregon needs the extra help, now teams are just giving up.

The fact that Oregon was up 14 points despite playing without LaMichael James for the entire game and Darron Thomas for most of the 2nd half was noteworthy enough.  Back-up QB Bryan Bennett only went 2-5 throwing the ball, but Arizona St. was completely unable to stop Oregon's run game despite the fact that they could have reasonably anticipated Oregon running on virtually every play.  It's not known how long both James and Thomas will be out for, but Oregon will likely be able to get past Colorado and Washington State without them if necessary.

If injuries to Darron Thomas and LaMichael James keep them out for an extended period of time, which future Oregon opponent(s) have the ability to take advantage?

So I'm thinking the Big East might not be a great football conference this year, because Pitt ran up 44 points on a decent South Florida team, only to be utterly shut down by Utah's defense.  Pitt's 14 points came on two special teams plays in the first quarter.  The rest of the game was hideous.  Pitt averaged two yards per play!

Utah's offense wasn't much better (3.34 yards/play) but they took advantage of three Pitt turnovers, built a slight lead, and then handed the ball off to running back John White 36(!) times.  As it turns out, that was enough.

BlockU celebrates with GIFs, then looks ahead to Cal:

It's remarkable how well the defense holds its own when the offense isn't coughing up the ball on every drive.

The difference, though, is that Utah keyed in on Ray Graham, the explosive Panther running back and forced Pittsburgh into a pass-oriented offense, which they obviously weren't prepared for Saturday.

Cal is a much more balanced team. Whereas Pitt is in the bottom of the Big East in passing yards and the top of the conference in rushing yards per game, the Golden Bears are ranked similarly toward the middle in the Pac-12 in both those statistics.

Utah's offense is looking pretty one-dimensional without Jordan Wynn.  Do you trust Cal's defense to slow down Utah's rushing attack?

I don't think anybody really expected Colorado to win, but 52 points in another blowout loss just seems cruel.  And Colorado didn't even shoot themselves in the foot - zero turnovers and only three penalties.  Washington had six drives of 65 yards or more, each resulting in a touchdown.  Just complete domination on one side of the ball for Keith Price and Chris Polk.

The Huskies scored on their first six possessions of the game and Colorado never really figured out how to slow them down. Keith Price was simply masterful at quarterback. He was firmly in control of this game from the minute he stepped on the field.

Ralphie Report's last take on the game was this image: 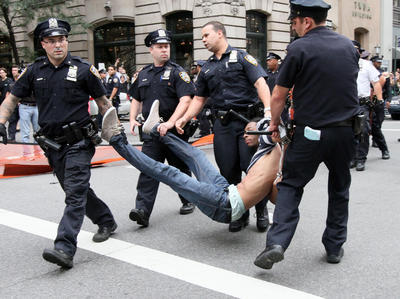 . . . I think Colorado fans are having a tough time with this season.

After Stanford and Oregon, would you place Washington or Arizona St. as the 3rd best team in the conference?

A few weeks later, can you believe that a) we almost lost to Colorado and b) we almost beat UW?

The first half of this game was actually pretty entertaining, although Washington St. stayed close with Stanford in part because of some serious home-cooking from the refs.  Still, they did intercept Andrew Luck and did a great job holding the Cardinal offense in check . . . for two quarters.  Better than most, Wazzu!  Unfortunately, the Cougar offense didn't take advantage of the opportunity to take a lead and were generally ineffective the entire game, particularly running the ball.

Rule of Tree is tired of slow starts:

Stanford will have to do a whole lot better in its first half performance than it has done in its previous six games in order to extend its school record win streak that starts against Washington.  The mental errors, lack of physicality, and general lackadaisical play for the first two quarters that has plagued this team since September needs to be fixed.

CougCenter loved the first half, but wishes for more in the second half:

We weren't expecting to win this game, but it is disappointing that the Cougs were not able to be more competitive in the second half. There were definitely some holes to exploit on the Stanford defense, particularly with screens against the blitz packages. The players were just unable to execute their blocks. We even saw John Fullington tackling his own player, Henry Eaddy, on what could have been a very good gain.

Are Stanford's slow starts a fatal flaw or merely a brief stay of execution as Stanford wears a team down?

Did this game increase or decrease your fear of a Cal loss to Wazzu?

A strange game.  BYU outgained OSU by 134 yards, was +2 in the turnover battle, watched the Beavers miss two field goals . . . yet only managed to finally take over with a couple of touchdowns in the 4th quarter.  Because of six total turnovers there were only two punts combined in the entire game.  The defeat sealed an 0-4 record in non-conference games, which means Mike Riley has finally reached his platonic ideal of embarrassing the conference as much as possible.  Oregon St. will now win 4 of their next 5 games because that's just how they roll.

Building The Dam says that they bad outweighs the good:

There were some who played well, like Jordan Poyer, who had a pick-6 interception for the game tieing touchdown in the second quarter, 171 yards on kick returns, and some solid pass defenses.

And there were extenuating circumstances due to injuries.

But there also continued to be too many mistakes to beat a quality opponent, even one who had some of the same issues that Oregon St. had.

Washington visiting Stanford is clearly the biggest game of the week, and one of the few opportunities for somebody to upset the Stanford/Oregon storyline that has looked inevitable for much of the season.  Washington has been impressive, but they probably haven't faced a team with a better offense or defense, and they're on the road.  But I'm also sure that Washington is the best offense Stanford has faced . . . and maybe even the best defense too.

Meanwhile, USC and Notre Dame will play the sixth straight game against Notre Dame that doesn't really matter for anybody that doesn't root for USC or Notre Dame, Oregon will destroy poor, hapless Colorado, and four teams desperate for a conference win will play each other.

Burning questions: What kind of a shot does Washington really have?  Of Utah, Cal, Oregon St. and Wazzu, which team is most likely to rehabilitate their season, starting with a win on Saturday?  Will the added exposure of getting UCLA and Arizona on national TV be worth the embarrassment?  And how much will you miss seeing Mike Stoops stomping up and down the sidelines?  DON'T LIE YOU MISS HIM!