Background: After the Oregon Ducks lost the BCS National Championship Game to the Auburn Tigers, Nike was quick to come to the rescue of their favorite sons. Phil Knight...err, the sad Oregon fans needed all the solace they could get after an undefeated regular season, an undefeated run through the formidable Pac-10 round robin, and two straight conference titles. (Cheer up guys, in a few years Auburn probably won't have the title either! You can all be miserable together!)

The ad was quite fresh, quite polished, quite slick. Far too slick in fact, as it was ripe for mockery. Our astute commenters were up to the task of pointing out the funniest aspects of the Oregon program in their advertisement replacements. And it starts, as it should, with computer notebooks. 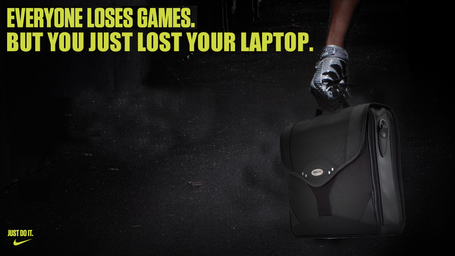 After the jump, worthy photoshop runner-ups. 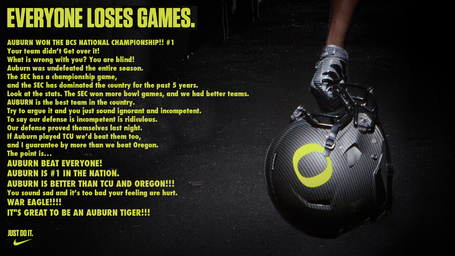 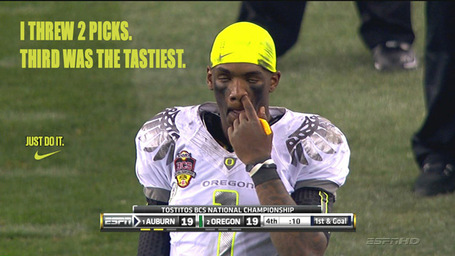 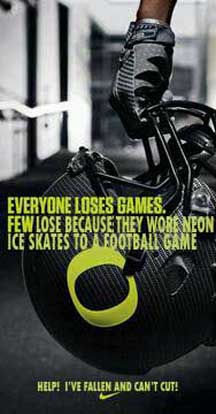 Here are additional candidates which did not have image retouches.

EVERYONE LOSES GAMES.
BUT ONLY 10% OF APPLICANTS ARE REJECTED FROM THE UO.

Everyone loses games.
Only USC and Auburn lose them retroactively.