When we left off, we had just met a bunch of the players as they attempted to the enter the field.  With all the offices being moved to the East side, they were entering from around section QQ.  Throngs of fans were just waiting at the stairs for them to come down.  Once we interacted with the players there, we walked towards the middle of the field.  Just in time to run into Josh Hill and Jarred Price. 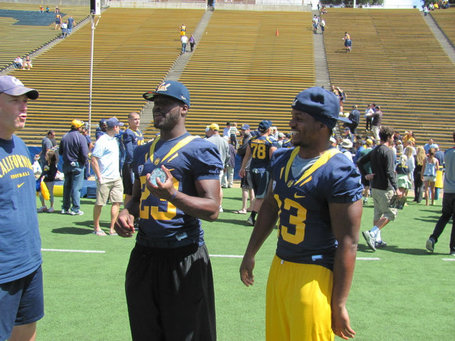 They were chatting with defensive coordinator Clancy Pendergast.  We told Price how much we loved his dance that he does after sacks and other big plays.  Pendergast joked around with Price and Hill that Price had to focus on making the play first before thinking about what dance to do.

I told them I understand, because whenever I played football and did something really good, I'd always dance the Hora.  They'd put me up in the chair and we'd dance in big circles.  Which is you see so few Jewish football players these days!  And so after leaving them with a hearty "Shabbat Shalom!" we walked further into the field. 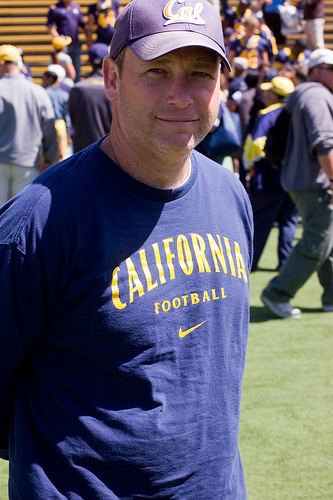 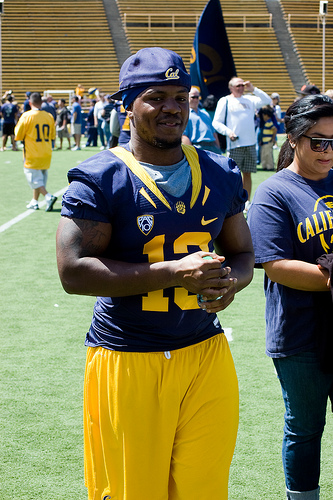 Price and Hill continued to chat with Pendergast: 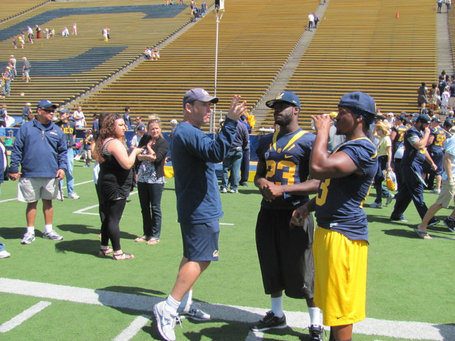 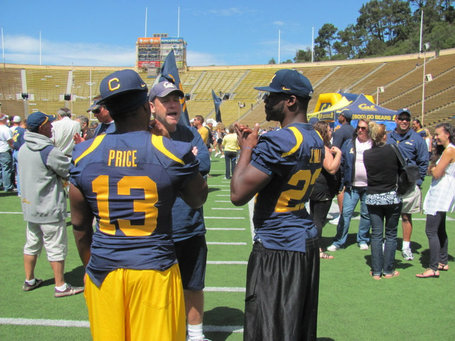 There was a big group of players in the middle of the field, including Trajuan Briggs.  He took out the braids, btw: 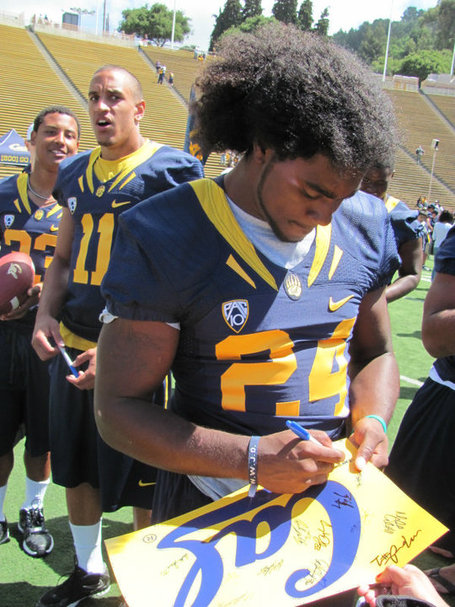 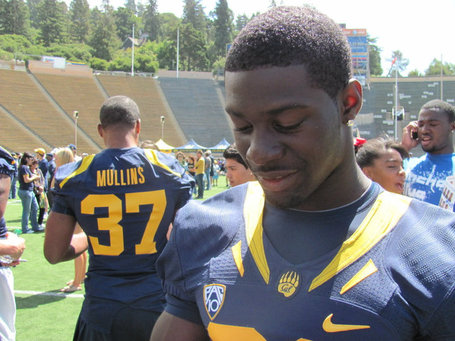 Yarnway and Briggs, two running backs, were joking around and having a fun time. 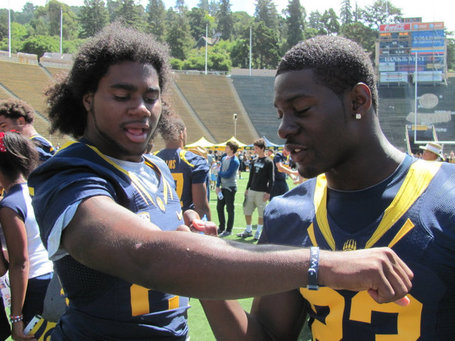 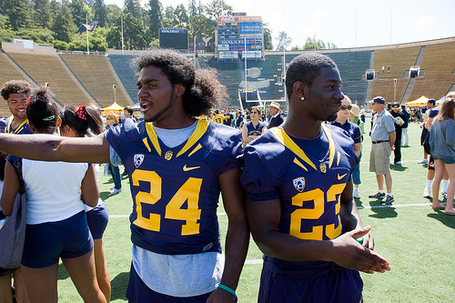 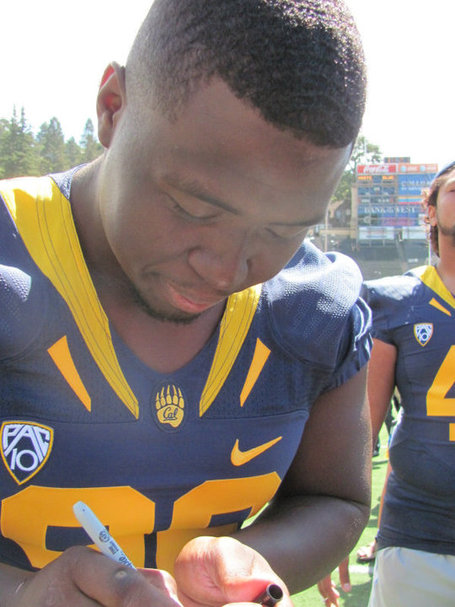 And finally caught up with Michael Calvin 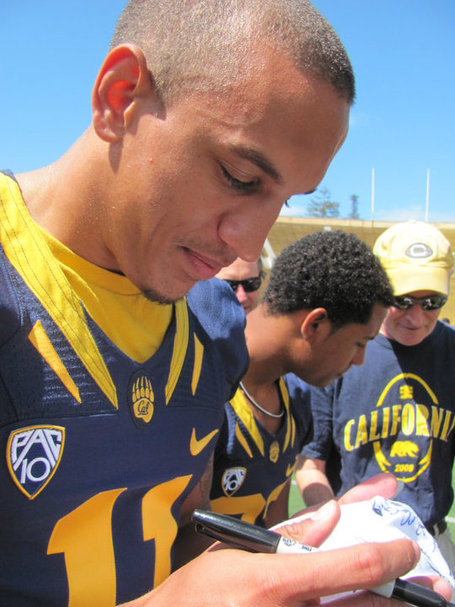 There was a huge crew of the younger guys in the middle of the field.  What is interesting is that they might not be so popular now, but you never know when they'll blow up later.  Looking back at my photos, I have shots of players like Michael Mohamed and Shane Vereen as far back as the 2007 Fan Appreciation Day.  They stood off on the side with fewer people interested in them than DeSean Jackson or Nate Longshore (or even Jahvid Best back then). 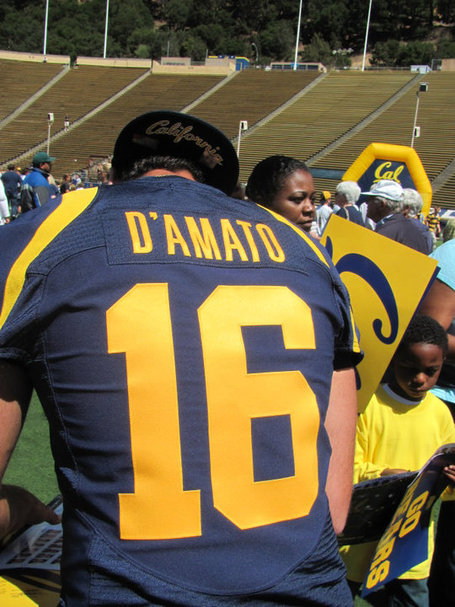 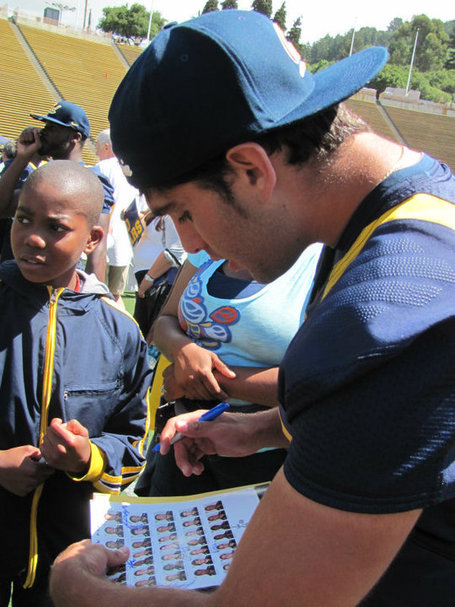 Mitchel Bartolo, who is considering bio as a major apparently: 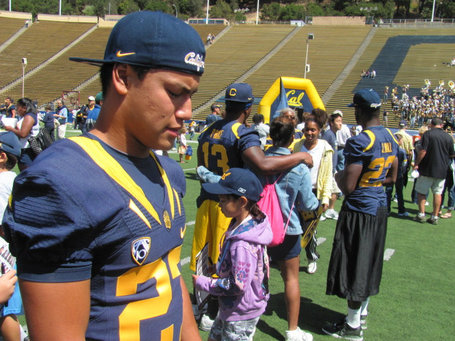 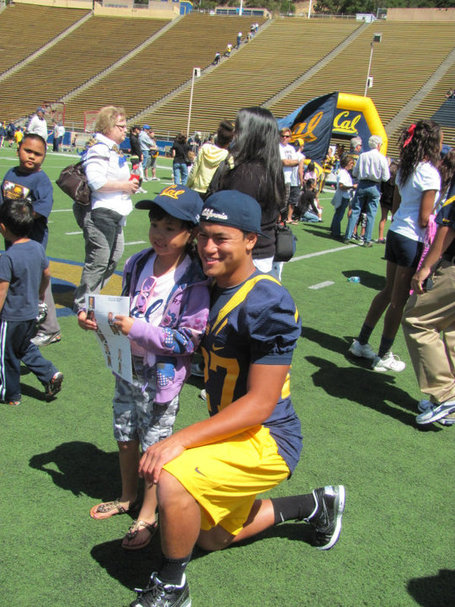 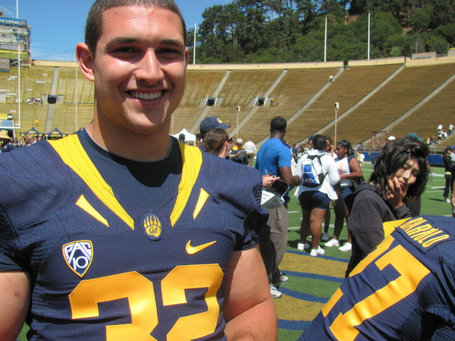 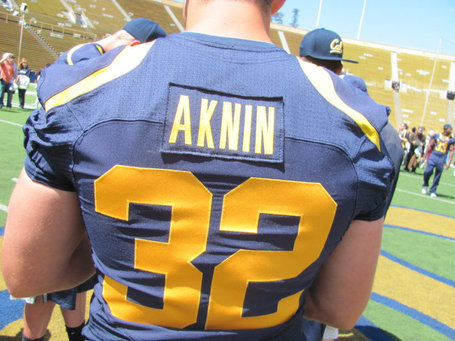 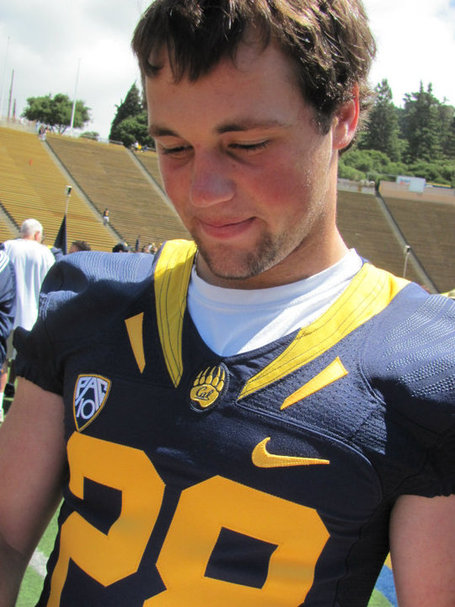 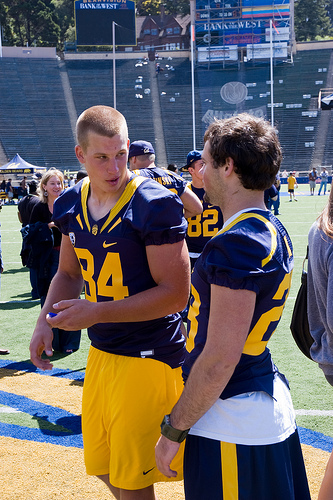 These are not names you might necessarily recognize right now, but perhaps in 2011 or 2012 or so they'll be integral members of the team.  And you'll say "I remember when I chatted with them about the 2010 season!"

There were a few other defensive players around there, who are more likely to see action this year.  Such as Mark Anthony: 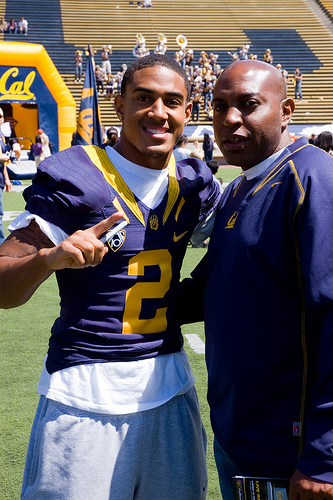 turkey got a good shot of Nick Forbes: 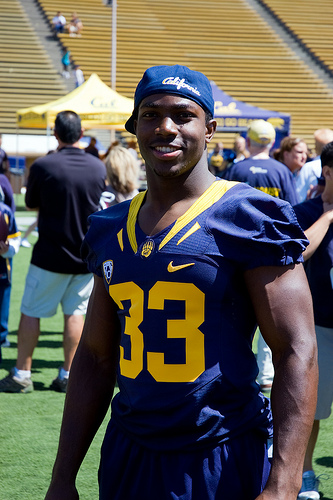 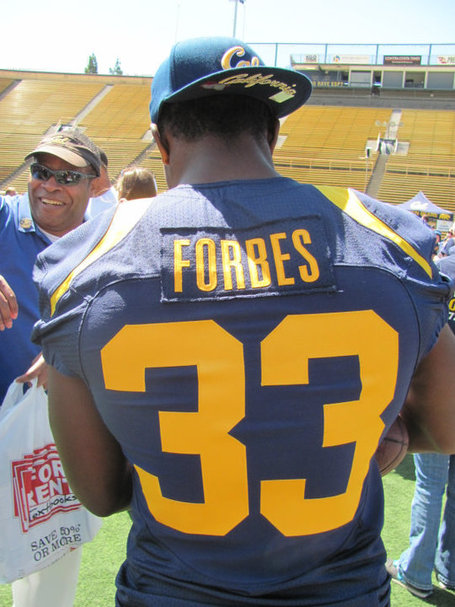 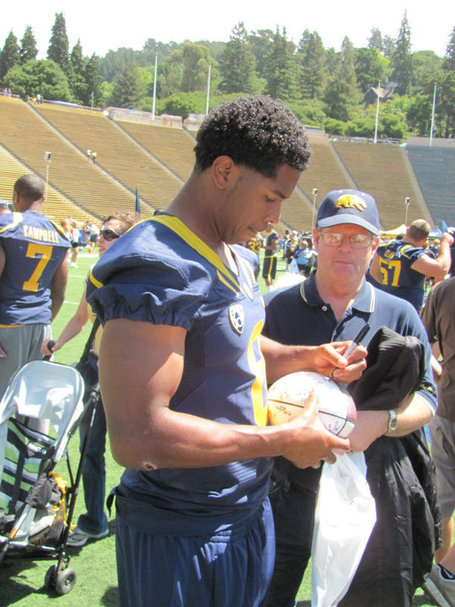 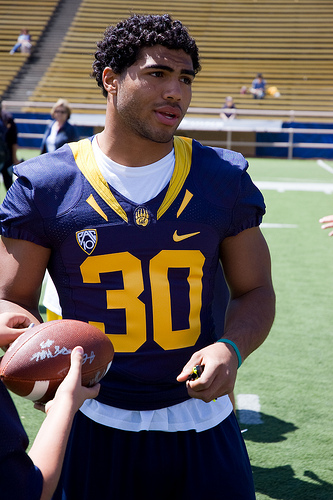 We were busy trying to talk to all the players and get autographs. Others, however, had different focuses that day.  Try to guess what all these males were photographing/videotaping: 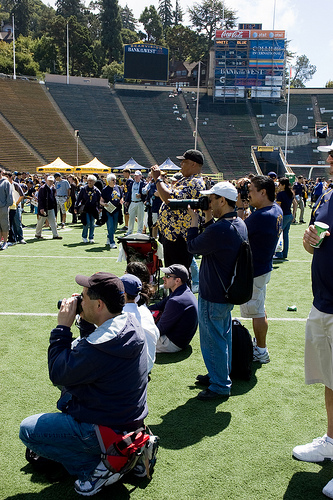 Anyway, this is a solid place to stop for now.  Check back in soon for the final installment.  GO BEARS!