In an effort to leave no stone unturned after the 2009 season, Tedford announced he will change the traditional practice time from afternoon to morning.  Tedford hopes the new arrangement will make players more productive, yet give them more time to relax .

On Tuesdays and Thursdays during the season, Cal will practice around 8:30 a.m. They will start at around 9:30 on Wednesdays. But the players’ football duties will commence much earlier than when they actually hit the field for practice. They will lift weights and have position meetings earlier in the morning, meaning an early wake-up call will be in order. That will be a substantial change from what players are used to.

"Waking up early is going to be tough, but once we get started I think guys will get adjusted," Cal linebacker Mike Mohamed said. "I think the day will go more smoothly."

Tedford said he hopes players maximize their time so they are done with their academic stuff by evening. He wants them to have time to "decompress" and have time to themselves, while still getting to bed at a reasonable hour for the next morning’s practice.

After the jump Nnamdi Asomugha earns a prestigious community service award, the 2010 gameday shirt is released, a new batch fo SAHPC photos is released, and more. 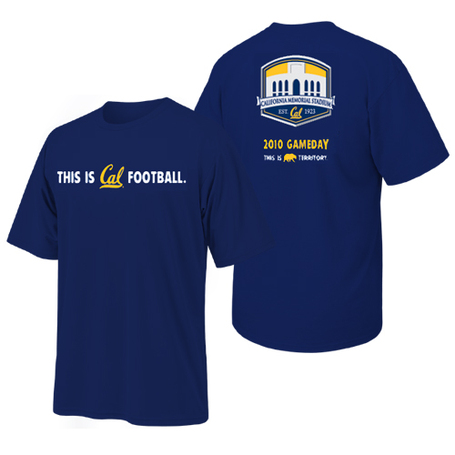