Use this post to continue to discuss and comment on further rumors, news, or analysis concerning Pacific Conference expansion! Also follow SBNation's storystream for any future updates.

Not many of us knew what to think of Larry Scott when we first heard his name being thrown out there. Basically, he was considered an upgrade because his name wasn't Tom Hansen.

Now though, it's clear that Scott is not just your typical run-of-the-mill ambitious commish looking to make a name for himself. This is the man who made women's tennis just as (if not more) popular than men's tennis--not a small feat. We have in our midst a true master of the game!

The five teams he's on the verge of pilfering from the Big 12 (along with the already conquered Colorado) seems like a coup de grace for the conference, but this is small potatoes for the commish. The man has bigger fish to fry.

When he thinks Pacific 10, he's not just considering consolidating the American west coast. No, he's planning to subjugate the entire Rim to its super conference rule.

That got me to thinking. What would be his next logical targets?

CalTech. Would immediately boost the academic prowess of the conference ten hundred fold. Provides the Institute of Technology an excuse to conscript a hundred man team of nerds to get beaten around for three hours, reenacting the fantasies of many a high school jock and setting the script for a remake of Revenge of the Nerds. More importantly for the conference, it puts the arsenal of the Jet Propulsion Labs under our control, helping to build those spaceships to find worthier conference foes (more on that later).

For our purposes, becomes Cal's nerd cousin to the south, displacing the cockier jocks from the LA brothers. Provides a convenient opponent for many a conference opponent to warm up with. Battle UCLA for supremacy of the Rose Bowl....Rose? Plus their students are always good for their pranks.

University of British Columbia. This school already possesses one of the finest collegiate Canadian football teams; with a little nudging from the commish, UBC could be convinced to convert some of the overseas rugby recruits into powerful football players. It will help attract international attention to the sport as other countries realize their guys can make it in the pros. Gives opposing fans an excuse to visit Vancouver, the most underrated city in North America. Provides Washington with another close rivalry, plus might cause additional dismay to Husky fans as their recruits realize Vancouver>>Seattle. 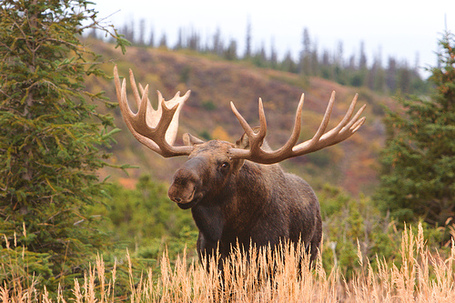 Alaskan moose. Mr. Scott would be able to sell the conference on a pro-environmental and ecological message exhibiting that, yes, animals can be football players too. Considering the progressive bent of many of the schools in his conference, this could go a long way toward appeasing disgruntled academics about the benefits of having major college football programs. Plus they could keep the docile Bevo company on the sideline at Texas games. The new Pacific Conference, where deer and cattle harmonize!

Ed Orgeron has been trying to recruit the best of the breeds to help block for years when he was at USC. After signing on for a brief stint to recruit for their football team, he left suddenly to follow a crazy but sexy lady. He nearly convinced his top moose recruits to leave Denali National Park, then head for the nearest game preserve where he'd pick them up as soon as he could. They didn't take the bait.

Note: Ed Orgeron is no longer allowed to hunt for Alaskan moose the next two years. 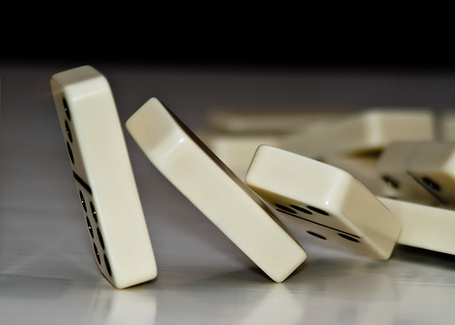 Vietnam. President Eisenhower once said that it was important to subvert communism at the root before the dominoes would fall and swallow up Asia. Now the tables have turned. Mr. Scott is setting the dominoes up the other way, as he plans to introduce the Pacific Rim and the Asian subcontinent to the capitalistic glories of American football. And unlike those shortsighted Marxists, he's got them all lined up in one neat and tidy row.

What better place to start the conquering of Asia than a land we all learned to fear four decades ago? Soon the Viet Cong will be the nickname of a five star linebacking recruit from a village in Da Nang. 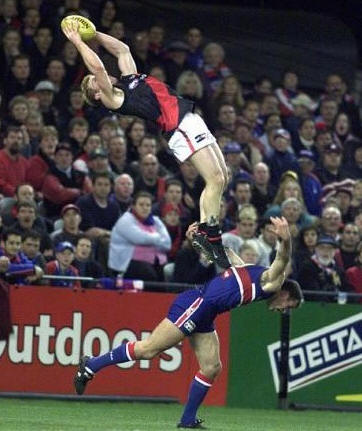 Australian Rules collegiate teams. NCAA football has long been the feeder system for the NFL. Why can't we do the same for our more hardcore cousins overseas? Just slap the Aussies in pads and let them go to work. Who doesn't mind a trip to Sydney or Melbourne in the spring?

Plus all the dreamy Australians will make Pac-10 ladies' hearts beat a little faster and find the sport just a little more interesting. We'd have to get over all the "eighteen men on the field" and "field goals are not punts" penalties, but it's worth it for all the extra X chromosomes. (Extra bonus: Could get us one step closer to a college X-games with all those surfers on board. The Pacific Conference is now hip with the youngins!) 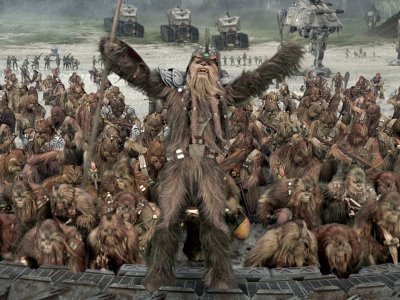 Remember those spaceships I was talking about? Here's what we get them for. The commish has shown an ability to think big, and it doesn't get any bigger than  a bunch of seven foot Wookies lining up to blitz the quarterback. Considering their lack of battle sense at charging at a beach invasion*, they would be quite willing to throw themselves into the front-lines and take out anyone in their path. Cal fans, imagine the terrified looks of Andrew Luck as Chris Martin blitzes from the right, escapes from his grasp, and then runs smack dab into a charging Chewbacca.

A very powerful ally for Mr. Scott, although it might institute a "no arm-ripping-out-of-your-socket" rule by the ever-diligent NCAA.

*Nerd alert: Imagine if the Nazis had charged out of their bunkers at Omaha Beach and engaged in hand-to-hand combat on the beaches of Normandy. That's the equivalent of what those Wookies did here. No wonder the Empire had no trouble capturing their planet.