Share All sharing options for: A Look Ahead To Cal Basketball in 2010-11: It's Not Gonna Be Pretty

I have very little to comment about why Omondi Amoke was suspended and dismissed from the program. All we really know is innuendo and rumor, and adding to the mill doesn't really help anyone. I agree with PaulThomas's take on the situation.

Thank you, Cal Athletics staff, for your exemplary handling of the Amoke situation. It was calm, professional, proportionate (suspend first, expel only after all the facts are firmly understood), and respectful of the privacy of the accused and the need to avoid creating a massive distraction for the team at a key time in the season.

It’s rare that one of these situations is so correctly handled. I’m sure everyone wishes that it wasn’t necessary, but given that it was, I can’t see how it could have been dealt with more appropriately.

I fully respect Monty's decision-making to keep Amoke's discretions away from the limelight. Taking a cue from Tedford's handling of player conduct issues, he's decided to take the down-low approach and allow Omondi the chance to restart his life. While it must be incredibly frustrating for Golden Bear hoops fans not to know what exactly he did, it's safe to say that the majority of the damage has been done to Amoke alone. He's free to get a second chance here at Cal (he should be able to finish his degree if he chooses to) or elsewhere (to pursue his hoop dreams). We wish him all the best.

In terms of the hardwood though, it leaves our Bears mighty depleted for next year. With the five seniors gone, plus Amoke and D.J. Seeley, that leaves five players left from last year's Pac-10 championship squad: Jorge Gutierrez, Brandon Smith, Bak Bak, Max Zhang, and Markhuri Sanders-Frison. Add in the red-shirted Harper Kamp and the incoming five frosh (Allen Crabbe, Richard Solomon, Gary Franklin, Alex Rossi, Emerson Murray), along with the three walk-ons (Jeff Powers, Robert Thurman & Nigel Carter), and you have a team with a lot of...um...youthful exuberance.

Not exactly the type of team you expect to defend the Pac-10 champion crown. Let's break them down, points, wings and bigs, one by one! Also, feel free to make your depth chart predictions in the comments (here's mine).

Hey, remember that awesome 2008 campaign when we had an unseasoned Jerome Randle and overwhelmed Nikola Knezevic running point guard by committee? Remember how much we grimaced at every Randle turnover and Nikola jump shot (and amazed at how far they've come in 2010?). We could see a repeat of that situation this year going three ways.

It's been a rough year for Smith, who's confidence dropped off significantly through his first season. He shot about 20% from the field and 38% from the line--no two ways about it, those are ugly numbers. Although we'd all be pleasantly surprised if Brandon made huge strides this offseason and developed into a guy who could shoulder the majority of the minutes, he registered 9 DNPs last year and only played more than 3 minutes five times in conference play (and only once did he get ). You'd like to hope that this was only because Randle was so good, but I'm guessing Monty did not plan on playing Jerome 87.4% of the time before the season began. So let's presume Smith doesn't make huge strides, gets a little bit better, and sees spot action here and there. I'd be the happiest one here if he proves me wrong.

Considering how much Jorge saw ball-handling duties last season, you'd have to figure Jorge will be our starting point man opening night. It isn't the ideal situation, but Gutierrez has grown from outright defensive hustler to decent offensive threat--he can nail a Bruce Bowen corner 3 every now and then, and he's shown an ability to drive and more importantly handle without too many turnovers (his TO Rate was about the same as Randle's last year).

Can Franklin really come in and play point immediately? He seems to have all the ability, but the adjustment of a point from high school to college duty is real tough. However this Bears team will be pretty young coming in

I'm guessing Jorge handles the rock early, with Franklin adjusting to his situation by conference play and getting opportunities later on to develop, depending on where the Bears are in the standings.

I know we all hemmed and hawed at Patrick Christopher taking so many long twos, but I'm guessing by January all of us are going to be pining for the days of a stepback fadeaway. Next year is going to be rough; no matter how talented Crabbe is, it's still tough to say whether Allen will make the immediate transistion to starting minutes in a conference full of long and capable defenders. Not to mention he'll have to switch between the two and the three a lot; with no Seeley and Amoke to step up to the plate, Crabbe will have to take the majority of their minutes and try and produce in an impossible situation for the young one. Thankfully, he seems like a great kid, both athletically and academically.

The worst thing about Amoke's departure is that he spent much of 2009 playing out of position at the 4. Moving him back to the 3 would have provided Cal much needed athleticism and experience, as well as capable rebounding on the outside. Seeley too could have gotten his opportunity, but he fell into Monty's doghouse early (getting benched in favor of Nikola is usually a bad sign for your future), and he's going to have to develop into someone else's scoring threat elsewhere. Hopefully Crabbe can do his best and grow and develop into his role as the year goes along.

Emerson Murray could see action at both guard slots, but I'm guessing with no Seeley to step in he'll be seeing most of his action at the two unless his handle is as strong as seen in his highlight videos. Since highlight videos aren't the greatest indicators of anything, I'd guess he'll be asked to shoot a lot. It's an unfortunate situation, but hopefully our fans will understand the difficulty of being called upon to shoulder

As tough as the point guard situation will be in September, it's nothing as dire as the hole at small forward. Theo Robertson will be sorely missed. Alex Rossi is the only true three on this team, and I doubt he'll be close to starter-ready this season. Nevertheless, he'll probably get plenty of minutes here, or Crabbe will have to play up to this position while the guards go by committee.

Will the walk-ons like Carter and Powers get their shot? You figure that with the extra roster spot they'll see some PT, especially if the rookies struggle. Of course, no offense to Nigel, but I hope he stays our victory cigar guy. Powers is a little more intriguing (a 6'9" guard???), but it's tabula rasa with these guys. You don't know what to expect and it's very likely that the more they play, the worse we're doing.

Jorge will get time here and there when Franklin or Smith come into to play the point, but I'm guessing the shooting weight falls to the rookies. If Monty can get huge contributions from these guys before they hit the rookie wall, it'd be one hell of a success story. Otherwise, expect plenty of 40-50 point games that'll make the Nellieball types cringe.

One thing Cal won't be lacking in is size. The Bears last year were small, and it was an adventure everytime the ball found its way into the post. Although the Bears were no slouches defensively last season, they should be much improved if Harper Kamp can return to even 85% of his pre-injury self. Kamp was one of the best defensive bigs in the Pac-10, and all reports are he's been practicing very well. If he can get things going offensively, then he could be our main option on offense this year. Monty's expertise has been with getting the most out of his big men--Jamal Boykin showed great strides inside by the time he was done, and you can only hope the same thing happens with Kamp.

Could Bak Bak get his chance? The academic ineligibility thing should be cleared up (Bak was taking pretty tough classes from what I heard--he just hit the "Berkeley curve", something many of us are familiar with). He has an athletic rawness that could turn him into a fan favorite. The only question is whether he'll ever develop the strength to be a true power forward, or if his abilities are only attuned to a faster paced, fullcourt game.

Solomon is a project and will probably redshirt. Not much mystery there.

At the center spot you have both Markhuri Sanders-Frison and Max Zhang down low. While Markhuri had a really undeveloped post game last year, it got a little better as the weeks went on. While I doubt he'll ever be this team's star, I think if his post game improves he could sneak up on some opposing post men. His defense was also pretty good, as he frustrated a few bigs down the Pac-10 stretch, particularly Reeves Nelson.

Zhang is the big mystery. Can he develop the semblance of a post game? Last year he was only good for blocking penetrating wings or dunking off of feeds from Randle or offensive boards. This year he'll need to start developing his back-to-the-basket game in order to be considered seriously as a low post threat. If he does that, he could supplant Sanders-Frison as the starting center, but I'm guessing it takes at least one more year for Max to put it all together on the offensive end.

In other words, while our offense inside might still be a question mark, we should have the interior defense to keep big teams from scoring on us at will. Hopefully this will prevent us from any home blowouts at Haas and allow us to stay competitive on the road.

On the bright side, we finally have the big team we need to beat apart that damned Oregon State zone! 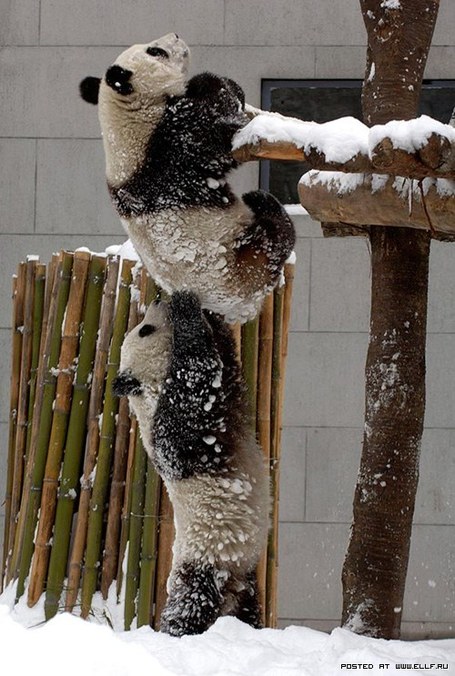 The big question will be how well can the new Bears space themselves on the floor to set themselves into the big man and play off of them? Monty's offense has always preached ball movement and high percentage shots. Expect a big learning curve as the guards outside of Jorge learn to move more without the ball and learn the proper lanes to cut and move off of screens.

Last year Cal had no depth inside but plenty of outside shooting--this year the role is reversed. Expect to see a lot of post-ups, high post action, anything that sees the ball in the hands of our most experienced players. Jorge will probably get plenty of chances with the ball, as will Kamp and Sanders-Frison. Of the frosh, Crabbe is the likeliest to make an immediate impact, with Franklin and Murray trailing behind as potential sleepers.

In short, this Cal team is set up to wreack havoc....in 2011-12. Patience is the word with this team; all they need is time to grow and develop into a fierce unit. Thankfully this team will be young, intriguing and fresh, so most Cal fans should be happy to bathe in the Pac-10 title afterglow and live the ups and downs of this team in a bearable manner.