When it comes to Cal-related journalism, finding solid stories in the traditional media can sometimes be hard.  We still have not forgotten how one sided Carolyn Jones' article about the SAHPC were in the Chronicle.  And Wilner can be so impulsive at times.  One of the best places to find in depth stories about all things Cal is, of course, the Daily Californian.  And whether he is writing about Women's Water Polo or  Auto Tune The News, Ed Yevelev is a man of the people.  The Daily Californian people.  He is also a delightfully avid reader of the CGB.  Mutual admiration society here.

1.  What interested you originally in writing for the Daily Cal?

I've just always been interested in trying my hand at journalism (my high school never had any sort of regular paper) and I particularly loved the thrill of sporting events. When I was 12 I actually saw the Raiders in the 2003 Super Bowl as part of a sweepstakes I won

Donovan McNabb turned down my request for an autograph while I was down there in SD, so I'm pretty used to being met with contempt by athletes.

I also happen to have a strong tradition of Cal fandom in my family - my first game attended was the 2002 Homecoming win over UCLA, complete with field rushing. So put it all together, and going for sports writing gig at the Daily Cal just kind of made sense when I got here. 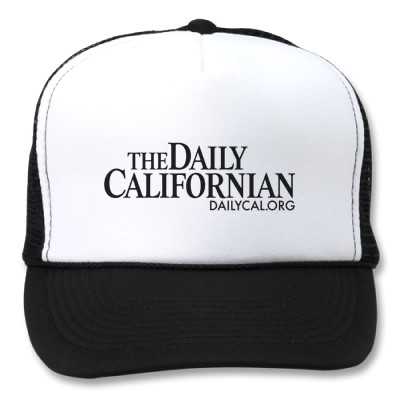 
2.  How does one get to write for the Daily Cal Sports?

Steal all the toilet paper from Jim Harbaugh's private bathroom.

3.  Who is the coolest football player you've gotten to meet?

My only work in terms of football so far in my time at the Daily Cal was a general feature I did on recruiting sites like Rivals/Scout during the summer. For that, I got to interview coach Tedford in at Memorial, as well as coach Tosh (I think he knows a thing or two about recruiting, right?)

4.  Who is the coolest basketball player you've gotten to meet?

This past Friday, I had the pleasure of playing in an RSF pick-up game with Jamal Boykin on my team. He was always in perfect position to rebound my airballs. And man, he loves to take that mid-range jumper.

5.  What cool stories do you have?

While waiting in the football office lobby for my interview with Tedford, he walked out to get a sandwich from some catering platter than the staff ordered, and he offered me one. I had just eaten two Top Dogs on my way to the stadium, so I politely declined. Sometimes I toss and turn in my sleep thinking about whether or not I had made the biggest mistake of my life - I'd like to know what you guys would have done (new blog poll?).

Also, my interview with Tosh took place while he was working out in the stadium weight room. So on my tape recorder, you can hear weights crashing down while he's talking star ratings and the problems posed by decommits.

6.  What is the average football gameday like for you?

You'll probably catch me passing out Daily Cal gameday issues leading up to the contest, usually at Maxwell or I-House. I'm also anticipating numerous trips to Bears Lair this fall (I turn 21 in august).

7.  What is the average basketball gameday like for you?

Camping out in a tent at 4:00am in front of Haas Pavilion as I wait anxiously for the ESPN College Gameday van to arrive. 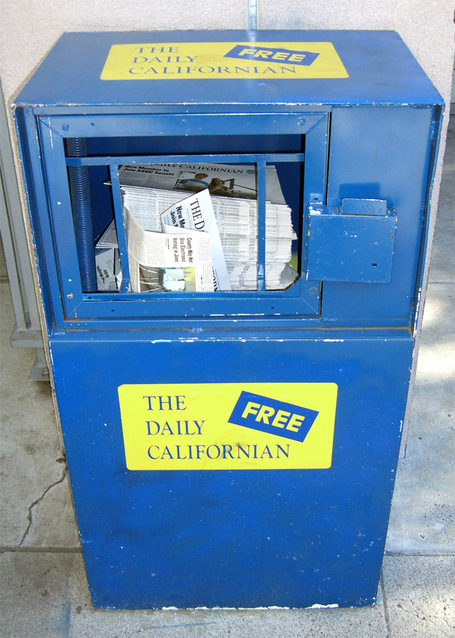 Can I name multiple people? Skip Bayless, 'Birdman' Andersen, and the late Milo Sweet (composer of the U$C fight song - can't believe I took the time to look that up) would be near the top of my list.

10. What are the perks of being a Daily Cal writer that no one knows about?

Let's just say Sex on Tuesday is more than just a name of a column we run....

11.  How many Daily Cal alums go on to careers in journalism?  Do most writers for the DC treat it as a hobby or as a stepping stone to the world of professional journalism?

Mike Silver's name is the one that always gets tossed when talking to incoming/prospective members - especially sports. Sorry if I can't name a number, but we've definitely had alumni go on to the journalism world. One fairly recent grad I've met now writes at the Chronicle for Higher Education, another sports guy who left before I got hired has done some work at local papers/free-lance work, and couple more alums spoke at a DeCal I took.

Obviously it's not really best of times right now for journalism, but we do post a lot of internships up in the office and hold semi-regular resume/application workshops for those who are interested.