I was chatting with my hair dresser the other day (an always auspicious start to any post on a sports-related website) and noted that I was a big fan of the Berkeley State Team called, I believe, the Bears.  He relayed to me that he used to cut the hair of Cal basketball coach, Louis "Louis Campanelli" Campanelli, who coached in the late 80s and early 90s.  Knowing full well about Coach Campanelli's reputation as a loud-mouth, I was surprised when my hair dresser told me that Campanelli was "so very quiet."  Coach Campanelli must have been saving it all up, because that was the only time anybody has ever described him as anything remotely close to quiet.

The story of Campanelli's firing has been always been confusing.  It occurred suddenly in the middle of the season, one of the most successful seasons of all-time for Cal.  Nobody was more confused than Campanelli himself, who proceeded to bring a lawsuit against Cal, which took years to sort out.  CalBear81, OhioBear, and I decided to take a closer look at these law suits.  This is part one of the 3 part series.  Most of this post was written by CalBear81 and all credit and thanks should go to her.  Let's take a look at these suits, in close detail, after the jump.

Before we move on to the suits, let's take a look at what the allegations against Campanelli were (found in this court decision, which we will discuss in detail later.

When many of us think of the 1992-93 Cal basketball season, we think of an upset win over Duke and a Sweet 16 run in the NCAA Tournament.  But earlier that season, very few could have dreamed that Cal could pull that off.  At the halfway point of the Pac-10 season, with Cal owning a 4-5 record in conference play (10-7 overall), Coach Campanelli was abruptly fired.  Then-Athletic Director Bob Bockrath recommended the firing to Vice-Chancellor Dan Boggan, who officially fired Campanelli on behalf of the University.  At the time he was fired, Campanelli had a 123-108 record as Cal's coach in 7 years-- a record better than any of his four predecessors.

Campanelli's firing brought national media coverage.  Though Cal officials initially declined to specify the reasons why Campanelli was fired, it was soon reported in the Bay Area media that Bockrath decided to fire Campanelli after hearing the coach's "profane and abusive" locker room tirade following a loss at Arizona State.  In a San Francisco Chronicle story, Bockrath was quoted as saying,

"I know coaches swear. I can swear with any of them. This was different."  Bockrath went on to say that Campanelli's speech to his players was "different" because of the "personal nature" of his criticism.  In a separate Chronicle story, Boggan was quoted as saying that Campanelli had put so much pressure on his players that Then-freshman Jason Kidd became physically ill and three other players were considering transfers to other schools. 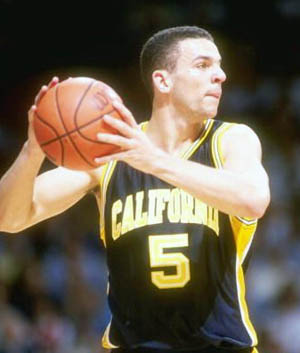 In the days following the publication of the Chronicle articles, the Washington Post and The New York Times picked up the story of Campanelli's firing.  A Post editorial by Tony Kornheiser was particularly critical of Campanelli, characterizing the coach as a "bully" who had "psychologically attacked" the Cal players.

After these newspaper articles appeared, Campanelli hired famous San Francisco trial lawyer Joseph Alioto to file a lawsuit against the University over his firing and over the statements about him which had appeared in the newspapers.  Campanelli claimed that those statements were false and had harmed his reputation

Campanelli’s lawsuit became involved in a lot of procedural technicalities, which we will try to make as clear as possible.  To begin with, it is important to understand that American laws and American courts come in two varieties: federal and state.  Depending on whether the legal issues in a particular case involve state laws, federal laws, or both kinds of laws, it is possible that the case can only be decided by a federal court, or that it can only be decided by a state court, or that it can be decided by either a state or a federal court.  As you will discover, Campanelli’s lawsuit involved both state and federal laws, and he ended up in both state and federal courts

Campanelli started his lawsuit against Cal in a federal district court in San Francisco.  In the federal system, the trial courts are known as "district courts."  He filed a Complaint in the San Francisco federal court against the Regents of the University of California, and also against Athletic Director Bob Bockrath and Vice Chancellor Daniel Boggan, individually.  Campanelli sued on  the following legal theories: 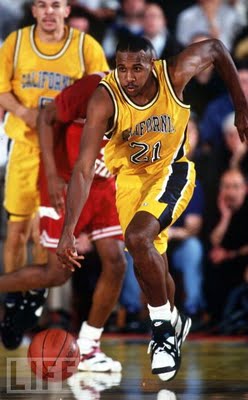 2)  Intentional and Negligent Infliction Of Emotional Distress.  These are fairly self-explanatory, but it should be noted that the bar is generally pretty high to receive damages for these causes of action. Attorneys who represent plaintiffs tend to throw these emotional distress claims into pretty much every case where they are even remotely close to being reasonable, despite the fact that they are almost certainly not going to win on them

3)  Defamation.  Put simply, defamation is saying or writing negative things about somebody.  It generally has to be more than just a negative item, however.  It generally requires proving that Campanelli was harmed by the negative statements.  This is the real meat of his complaint.

4)  Due Process Rights.  Campanelli is arguing that the manner of firing violated his due process rights, in specific federal statute 28 U.S.C Section 1983.  Under this statute, government employees have a right to be given notice of the reasons for their firing and a chance for a fair hearing before they are fired. Campanelli argues that he did not get a hearing to clear his name.

The first three claims: breach of the covenant of good faith and fair dealing, infliction of emotional distress, and defamation (a fancy way of saying libel and slander), are all based on California law.  The claim for violation of due process rights under 28 U.S.C. §1983, is a federal law claim.

Shortly after Campanelli filed his lawsuit, the Regents, Bockrath and Boggan filed a motion under Rule 12(b)(6) of the Federal Rules of Civil Procedure, asking the district court to dismiss the entire case.

This kind of motion says to the court: even if you assume that everything the plaintiff (Campanelli) says in his lawsuit is true, that would not be enough to support his claims.  Here is an example: under the law, for a statement made about a person to be legally actionable "defamation" it has to be false.  If the plaintiff’s Complaint (which is the document used to start the lawsuit), admits that the things that were said about him were true, then he doesn’t have a legitimate claim for defamation, and the case can be thrown out right at the beginning.  There is no need for a trial, because the plaintiff has admitted the statement was true, and therefore no jury could find that he had been "defamed.

The district court dismissed all of claims made by Campanelli against the Regents, because the Eleventh Amendment to the United States Constitution restricts the rights of individuals to sue state governments in federal court.  The district court concluded that Campanelli was prohibited by the Constitution from suing the Regents in federal court, and could only sue them if at all in the California state courts 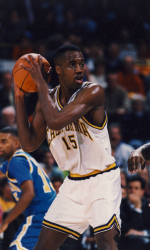 This meant that if Campanelli wanted to pursue his state law claims for breach of the covenant of good faith and fair dealing, emotional distress, and defamation, he would have to file a new lawsuit in state court.  And if he wanted to continue to pursue his federal due process claim under §1983, he would have to file an appeal in federal court.  In other words, he had to pursue two parallel cases in two different courts at the same time.  And that is what he decided to do.

Up next, we discuss his appeal in the Federal Court from this initial loss.