Share All sharing options for: The Sordid Tale of Ronnie Knox and the Dissolution of the PCC

The world of college football prior to the 1950s was very different than is was now - a landscape with few rules and less enforcement.  The NCAA had very little if any direct oversight over individual programs, and the organization didn't gain any kind of enforcement power until the 50s.  Accusations of under the table payments, perks, and semi-professional 'students' ran rampant.  But the University of California claimed purity amidst the rule breaking.  Robert Sproul, President of the university from 1930 until 1958, was unequivocal in his expectations for the football team:

I want the teams for which I cheer - win, lose or draw - to be a natural outgrowth of the university which I love, and not a group of gladiators who have gathered where the pay is best . . . At California we want students playing at athletics, not athletes playing at being students.

With that statement in mind, how did Cal become embroiled in a scandal that encompassed four major universities and helped change the structure of college football?  It's a fascinating story that gets to the heart of the debate about the role of athletics in college, the cultural and geographic rivalries that develop between institutions of higher learning and the money that can be made off of the game. 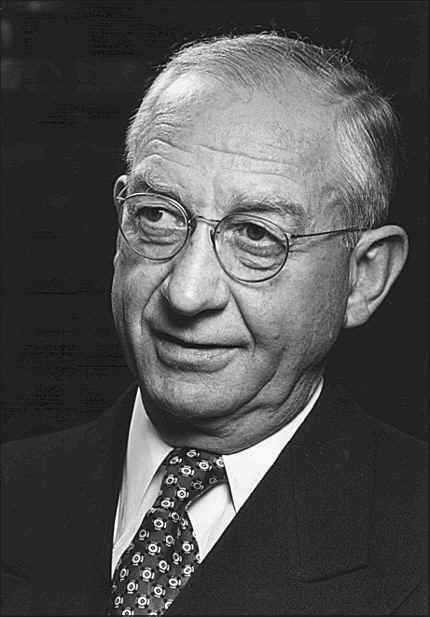 Recruiting has always been a sticky business, but in the 40s and 50s it was accomplished differently than now.  Every university that took football seriously had a group of alumni invested in the success of their team.  UCLA had the Bruin Bench and the Young Men's Club of Westwood.  Washington had the Greater Washington Advertising Association.  And Cal had the San Francisco Gridiron Club and the Southern Seas.  The Southern Seas were started with the twin goals of advancing awful puns and to help Cal compete in recruiting battles for Los Angeles area athletes.  And when the Seas helped convince all-everything superstar Ronnie Knox to attend Berkeley they didn't just earn Cal the recruiting coup of the year.  They also helped set in motion a series of events that would end the venerable Pacific Coast Conference.

The list of perks promised to Ronnie are long and strange:  His step-father Harvey Knox was hired as a scout, Ronnie's high school coach was hired as an assistant on Cal's staff, Ronnie was promised a job writing for the Berkeley Gazette and he was promised $500 a year from the Grid Club.  The University and the PCC discovered these perks and stopped them before they began, but the damage was done.  After one season playing for the Cal freshmen team Ronnie transferred to UCLA when he wasn't immediately granted the position of starting quarterback as a Sophomore.

It was assumed by some that Ronnie's transfer came about because Cal refused to give in to the demands of Harvey Knox.  The issue was heated enough that Harvey penned a long defense of his actions for Sports Illustrated.  The result was one of the most bizarrely self-centered, narcissistic pieces of attack journalism you'll see - Harvey lashed out at anybody and everybody who stood between Ronnie and the greatness he was destined for.  And for Harvey that mostly meant Pappy Waldorf, as these excerpts show:

Three days before the Stanford-Cal frosh game he wrote to me: "Dad, we're in for an awful lacing Saturday. We haven't got enough ammunition." I wrote back and advised him to use his own noodle and if he couldn't win with the plays he'd been taught at Cal, to call time out and make up his own he'd learned in high school.

I decided then and there to have a little talk with Coach Waldorf. After all, it was his system Ronnie was playing under. He said to come over to his house at 9 o'clock. I brought along my good friend Jim Sutherland. Waldorf said to me, "Harvey, just what do you want for Ronnie?" I said, "Pappy, it's simple. Just what you promised him."

And Ronnie still complained of being limited in his offense. He finally went up to see Waldorf of his own volition and told him of his dissatisfaction. Waldorf informed him that he would go out the next day, send all his assistants into the stands, and take charge himself. He did. For my dough, it was the worst scrimmage they ever had at Cal.

Yes, that's a parent with no real football experience criticizing a coach with three Rose Bowl appearances and who, at the time, had never lost more than three games in a season.  Harvey and Ronnie took their traveling recruiting violation tour to Westwood, where Ronnie sat out his transfer year before playing one abbreviated season with UCLA.  Accusations of more payments led Ronnie to leave college football.  The allegations he left behind helped start a wholesale investigation into west coast football.

Despite Harvey's complete lack of respect for the rules, Cal had very much played their part in the violations.  But Cal's rule-breaking paled in comparison to what was going on at Washington, UCLA and USC.  In quick succession the barely hidden violations would all come to light under more intense scrutiny.  An outgoing coach blew the whistle on Washington's player payment scheme.  A UCLA-to-Cal transfer described the perks Bruin footballers received from boosters.  A Bruin alum angered at UCLA's punishment revealed papers incriminating USC's player salaries.

Each school was heavily punished by the PCC and the NCAA- three years of probation, fines, bowl bans, TV bans and players losing multiple games of eligibility.  USC and especially UCLA received the harshest punishment because their athletic directors and even president were entirely uncooperative with investigators.  The actions of the Southern Seas and the Gridiron club earned Cal a smaller fine and just one year of probation on the condition that the booster clubs would immediately eliminate and actions considered violations.  Because it was accepted that Pappy was ignorant of the violations Cal was spared the stronger punishments that the Los Angeles schools faced.  But Cal's administration forced Pappy to write a letter of apology.  He retired a year later. 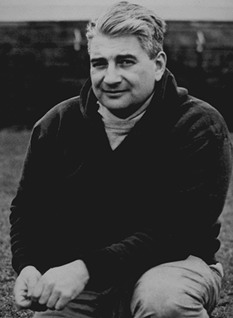 Meanwhile, a revolution against the PCC was beginning, fueled by a sense of injustice from UCLA and USC.  the belief was that the PCC was controlled by the 'innocent' northern schools, and also because some California teams were tired of playing games against lesser PCC teams like Washington St. and Idaho.  Meanwhile, Cal was looking to drop out of the PCC, but for different reasons:  Sproul felt that PCC rules would be insufficient to prevent and enforce major violations and wanted a new conference that emphasized the academic mission of the UC system.  In any case, USC, UCLA and Cal all voted to leave the conference, with Washington soon following suit.  The rest folded and the four schools plus Stanford created the new Athletic Association of Western Universities (AAWU) that would eventually become the Pac-8 and Pac-10.

Meanwhile, the growth in power of the NCAA as a regulator and the explosion in TV money created the modern college football landscape.  With TV and bowl bans the NCAA finally had the teeth to enforce rules in a way that would impact the bottom line.  And when the NCAA formalized the use of the athletic scholarship in 1957 and outlined specific rules regarding recruiting and booster activities college football entered a new age of standardization.

But what about Ronnie Knox, the supremely talented footballer that helped set these events in motion in 1953?  When UCLA was hit with sanctions he made the jump to professional football in the Canadian Football League and also attempted to start a career in Hollywood.  He even briefly played under the legendary George Halas on the Chicago Bears, but more meddling and coaching criticism from Harvey resulted in his permanent suspension.  He, by his own choice, ended his football career without ever making a lasting impact on the field.  But recall the job he was offered to write for the Berkeley Gazette?  And Ronnie claimed one of the reasons he initially chose Cal was his desire to learn and grow as a writer and poet.  Was there more to Ronnie than a spoiled relationship with a series of coaches and a meddling step-father?  Ronnie died in 1992 after thirty years of itinerant, vagabond living.  I found a blogger who followed Ronnie's career as a child and later investigated his life after football:

The constant through these years was his devotion to literature, both the reading and writing of it. Over the years Ronnie wrote many poems, and had had the manuscript of a novel called Masquerade (on the theme of life is but a dream), which he considered his masterpiece, stolen along with hundreds of his poems in a suitcase from outside a motel in Galveston.

Harvey, the stepfather, who, according to the article, had gained and lost several fortunes in his up-and-down life as a promoter of things like real estate developments, in addition to the careers of his children, said he always helped Ronnie when he could and alluded to Ronnie’s "emotional problems." There’s no way to know exactly what that meant. Had there been serious mental breakdowns? There was no mention of drugs or alcohol. Whatever the reason, it’s hard to avoid the conclusion that Ronnie was incapable of living a normal life with a regular job.

Misunderstood, tortured academic?  Selfish waste of talent?  Certainly, Ronnie never made a successful life out of any of his potential talents.  But few have made a bigger impact off the field on the college football landscape.