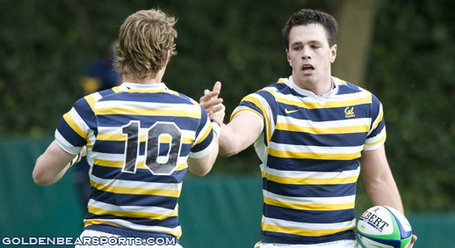 It's been a year since the Bears were shocked by the Cougars, losing in the title game for the first time in their twenty-five championship appearances. Now they meet again with BYU for the fifth consecutive season in the title game, not just looking for revenge, but trying to gain back what they believe is rightfully theirs--their 25th national championship.

This is for everything. Discuss the game here. GO BEARS!

(To discuss the Academic All-American game featuring Cal's future recruits, scroll down to the next post.)