Those in purple were screaming "GO GO GO GO GO!"  Those in blue (and gold) were screaming "NO NO NO NO NO NO NO!"  Washington's Andy Smith was screaming towards home plate with UW down 1 in the top of the 9th.  Cal starter Justin Jones had just pitched 8.1 innings of Houdini like success.  Just 2 outs away from the win, Cal fans were freaked when Brad Boyer struck what appeared to be a solid double with the pinch runner Smith on second.

Stunningly, unbelievably, inconceivably, incomprehensibly, incomprelievably, a Cal team managed not to fail.  No, in what was clearly the most exciting play of the game, Cal Center Fielder Danny Oh gunned Smith down at home plate.  Hopefully for Washington, their Andy Smith also feels that winning isn't everything.  Hopefully, that Andy Smith also believes that  it is far better to play the game squarely and lose than to win at the sacrifice of an ideal.  Because, even though there was no sacrifice of an ideal, they still lost.  And how! 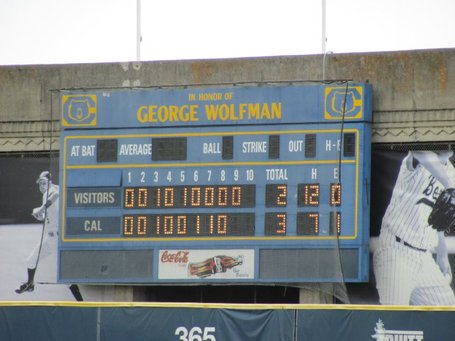 After the jump, let's learn more about Cal's victory over UW in baseball on 4.17.10 thanks to Danny Oh, just the sort of man who will not lie down bravely to die, but instead fight valiantly to live.

After the Spring Game, CalBandGreat and I went to lunch and then off to the Cal baseball game.  Cal baseball is always a fun time out.  You can be mere feet from the field.  It's easy to heckle the other team.  You can see the Cal players passionately cheer their teammates on. They are just right there: 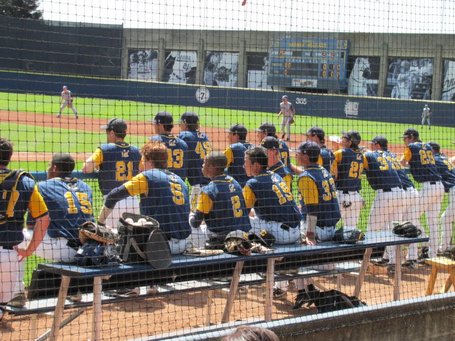 With a volcanic ash-free day stretching on ahead, it was a near perfect afternoon.

If you want to single out a Cal Bear hero of the game, it is either the afore-mentioned Danny Oh or starting pitcher Justin Jones.  Let's first look at Danny Oh.  Here is is line from the day: 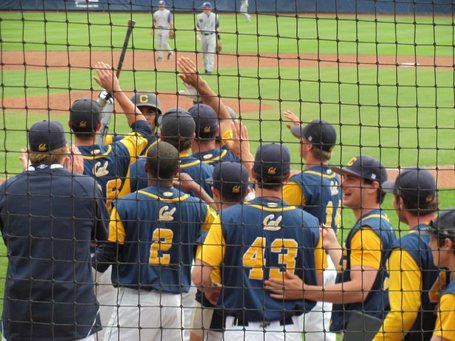 His first AB was a strike out, but otherwise he had a great day with 2 RBIs on the day.  He supplied 66% of Cal's offense.  In fact, it was a booming double by Oh that scored Cal's first run.  After UW had scored a run in the top of the 3rd, we had this:

Two two out hits here, first a triple and then the Oh double.  It is always good to see players scoring two out runs. 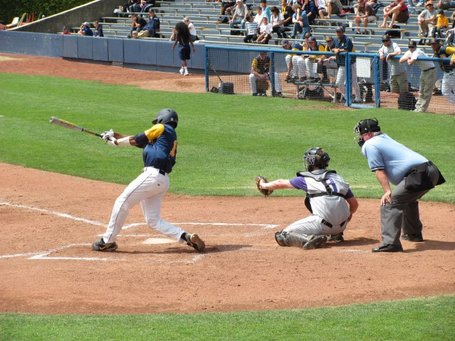 Oh scored his other run in the 7th with a searing triple:

You can see in there that Oh eventually was called out at home, so there was potential for another run.  Oh well. 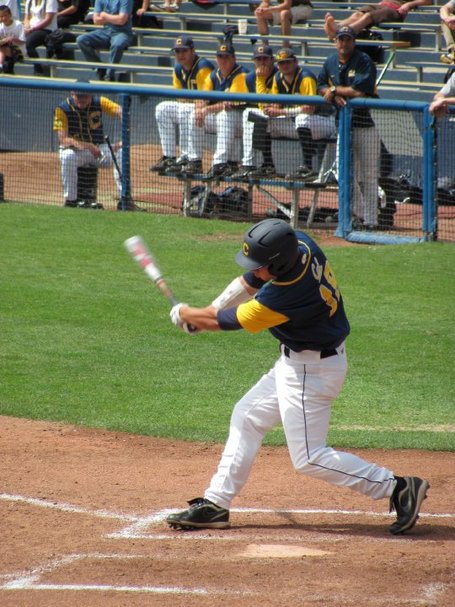 As for the other hero of the game, Justin Jones nearly pitched a complete game.  Here is his line:

However, for all of Jones' success, it was tough going at times. 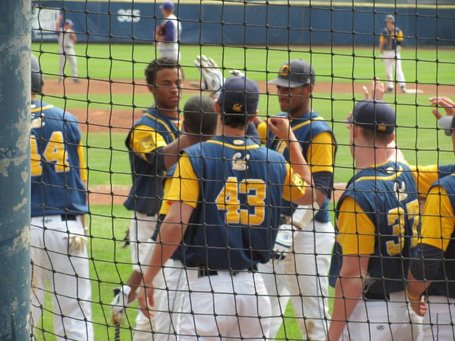 You'll notice that although he gave up only 2 runs (1 of which was unearned), he did give up 10 hits.  He walked none and struck out five.  It was innings like this that caused him to throw 124 pitches on the day and stress all the Cal fans out: 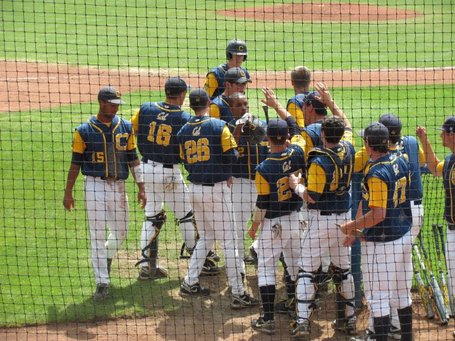 Jones gives up a single and then the guy steals on him.  He gets 2 outs quickly, but then gives up 2 hits and hits another player.  Jones weebled and wobbled, but, fortunately, limited the damage and was able to get out of the inning alive.

Nice to see USC at the bottom of the pack there.  Cal is 25th in the RPI as of last week (it must only have gone up since then).  Baseball America has Cal at 21 (again, as of last week).  Looking at the schedule, Cal is playing Pacific on Tuesday 4.20.10 at 2:30 PM.  They also have home games left against Oregon State (who has won several national championships recently), USF, and UCLA.  Plenty of Cal baseball left before they (presumably) head to the post-season tournament.  So, get out there and celebrate Cal baseball!  GO BEARS!