Share All sharing options for: Cal vs. Stanford Women's Basketball Preview + Q & A

As wonderful as CaliforniaGoldenBlogs.com is, there's always been something missing.  Sure, there's been inanity and face punching and lawsuits and quantity and maybe even some attempted analysis when we're really bored.  But we've never had an enemy!  So imagine my excitement when I discovered the long sought after yin to our yang!  C & R Stanford Women's Basketball Blog has been providing coverage of all things Tara VanDerelevant for over a year.  While CGB is uncouth and loud, C&R are polite and coherent.  CGB spells Stanford with a U, while C&R does not.  CGB spells Cal with a C, while C&R spell Cal...well, also with a C.  They're a lot nicer than us.  First Conquest Chronicles, now C&R!  Why must our rival blogs be so nice to us!  It really takes the fun out of hate week!

The Cal women face the Stanford Cardinal at 12:30 this Saturday, giving the Bears one last chance to notch a season-defining win.  But Stanford presents the toughest challenge west of the Willimantic River.  In Stanford's 27 victories, only one had a margin of victory smaller than 15.  And that's not a shot at the quality of the Pac-10.  Stanford has beaten #4 Tennessee and #9 Duke in the same fashion as USC and Oregon, and came closer to beating UConn than anybody else.  A Cal victory would be monumental, one of the bigger upsets of the year in any sport.

So what should you expect?  Hit the jump and see what C&R have to say, plus nerdy preview stats!

1.  I've heard a rumor that Jane Appel is a space alien from the planet Xyanatron.  I believe this rumor to be true, because no human could play as well as her.  What evidence do you have that Stanford has not been playing with an illegal alien recruit the entire time??????

A: Her green card 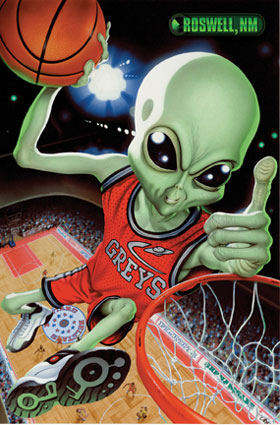 2.  Stanford is in a weird position - clearly the #2 team in the nation, but behind a historically great team they've already lost to.  What would qualify as a successful conclusion to the season for Stanford fans?  National Championship or bust?


3.  Besides UConn, the only time all season that the Cardinal came close to losing was on the road against UCLA.  Is there anything the Bruins did in that game that Cal could learn from when they try to pull the upset?

A: We don’t know because the game was NOT TELEVISED! All we saw was that stupid Gametracker with the little red and blue icons running around and jumping whenever there was a shot. If you want to stop Stanford, you have to stop the little red icons from shooting and make the little blue icons get every rebound.

4.  Stanford will be losing Jayne Appel and Rosalyn Gold-Onyuwe (and potentially JJ Hones, Michelle Harrison and Melanie Murphy, depending on whether they decide to return).  Any chance some other team has a shot at winning the conference next year, or will a whole new set of blue chip recruits fill the gaps? 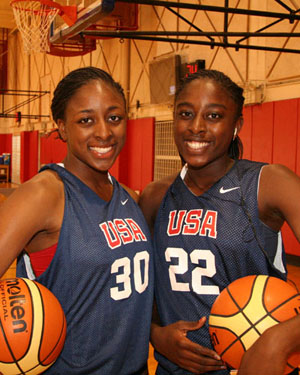 There are two of them now?  Why God, why?

So, what do the Bears have to do to win this game?  First, let's take a look at what happened last time:

This game will be interesting in that it acts as a bookend for the season.  Cal started the Pac-10 season with their toughest test and fared very poorly in Maples.  This is their chance to show just how much they've improved.  Last time, seven different Bears had at least 2 turnovers.  Only one Bear that took multiple shots made 50% or more.  The team when 6-17 from the free throw line.  To win, all of that will have to change.  So, keys to the game?

1)  Stallworth, Brandon and Caldwell vs. Appel, Ogwumike and Pedersen.  Boy, that doesn't sound fair.  Stanford's big three had 53 points and 32 rebounds.  Most of the damage was done by Ogwumike, but each are equally capable.  If Cal's bigs can play Stanford's even that would be a huge, huge accomplishment and probably keep Cal in the game down to the end.  It would require 40 minutes of great defense, relentless rebounding, and the ability to stay out of foul trouble.

2)  Force a ton of turnovers.  Stanford's halfcourt defense is about as penetrable as UCLA's and we all saw how that turned out.  Cal would be well advised to create transition opportunities.  Cal has used a full court press to their advantage a few times this season, but if they do so against Stanford they'll have to be wary.  The Cardinal are probably disciplined enough to break the press for easy points.  It's a tough balancing act to find.

3)  Somebody has to have a game of their life.  Cal had a great team last year with three of the best players they've ever had in school history.  They still needed Lexi to drop 37 points on 12-20 shooting.  It doesn't have to be Lexi , but somebody is going to have to have one of those games where nobody can guard you.

So I hope you're all coming out to Haas on Saturday to bid adieu to our Seniors!  I'll be the one that's not a child ages 5-16 or a parent.  Hope to see you there!