A Tribute To The Cal Basketball Senior Class of 2010

Share All sharing options for: A Tribute To The Cal Basketball Senior Class of 2010

Keeping with our theme of thanks from Friday, we move toward our seniors. We'll have more official individual recaps on our seniors later, but this post belongs to you guys. Our commenters let us know what they thought of our California Golden Bears hoopsters all season long, and this is their chance to say thanks one last time. FrankCohen sums it up nicely.

I think everyone here can agree that we will miss PC, Jerome, Jamal, Theo, and Nikola greatly. They really helped bring respect back to the Cal basketball program. The groundwork has now been laid for a perennial Pac 10 and national contender IMO. Montgomery is a terrific recruiter, and we will get to see the CA High School Player of the Year, and three other great recruits, coming in next year. Montgomery is going to eventually lead us to Sweet 16s, and final fours, and hell maybe even a National Championship. But we should never forget the 2009-2010 season, when we rode our seniors to a feat that hadn’t been accomplished in 50 years, and now see ourselves a very respectable program once again.

Comments taken from here, here, and here. Anyone who hasn't chimed in yet on these guys, the comments is your place to do so. I hope this post is a place our boys visit in the years to come, because we're not going to forget them. 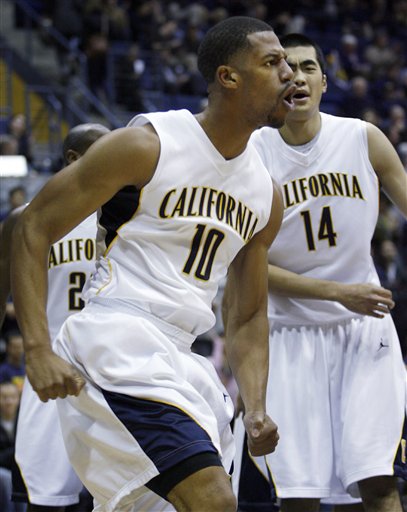 Boykin has really grown on me this year. I always feel bad for him being left out of the "Big Three" but with his charisma, I’m sure he doesn’t mind it at all. After games at Haas, its always entertaining to watch him walk out of the team’s locker room, clad in Lettermans, high fiving Cal fans and stopping to talk to anyone who greets him. He truly stands out as one of the friendliest athletes I’ve ever met and I am going to miss his energy in our games. ~CaliforniaBone

He always had passion, but the game finally slowed down for him this year. Last year, he had the footwork and moves, but would blow the shot. Really a steadying influence on both ends. Considering that he was overmatched in the post every night, you could make an argument that he was the team MVP. If we had real big men, I wonder if he would have developed his game as an actual small forward instead of dedicating himself to being an undersized post. ~Kodiak

What will people miss the most about Jamal:

how he BRINGS IT every game. His PUMPED UP face and infectious energy. Most excited player even when he’s on the bench. ~nickle

always has his teammates’ backs, tremendous games down the stretch, good fella ~Thoroughbred

The footwork and pump-fakes on his post-up moves.  ~Kodiak

For the four remaining seniors, check the thoughts after the jump. 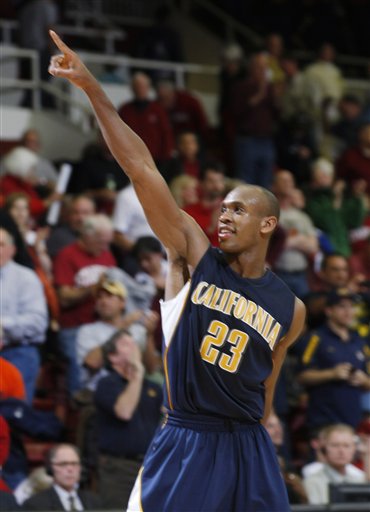 Patrick! Every time we play, I check to see if Pat is on. When he’s on, I sit back, relax, and know we’ll be in good hands. When he’s off…well, at least Randle and Theo usually pick up the slack. But aside from basketball, Patrick just has so much character that it’s hard to be mad at him even when he’s not having a good game. I sure hope he gets a shot at the pros and develops his game to be more consistent. I’m going to miss checking his sneakers to see if he’s found a new pair to play in. ~CaliforniaBone

Someone who really would have benefited from 4 years under Monty. Had all the tools to be a dominant player, yet only showed them occasionally. Almost too nice of a guy to be an elite-level athlete. This year felt more like he was starting to figure things out and would just kill it next year. ~Kodiak

What people will miss the most about PC:

Hammer time on the alley-oops and a shoe collection ~LeonPowe

obviously his athleticism, but he’s just a good hearted guy and just very outgoing and easy to approach. Just a cool dude. ~nickle

his fashion sense above and below the rim (hope that taped up knee is ready for the Elite 8, LBJ Jr!) ~Thoroughbred

The step-back J is pretty darn sweet when it’s on. ~Kodiak 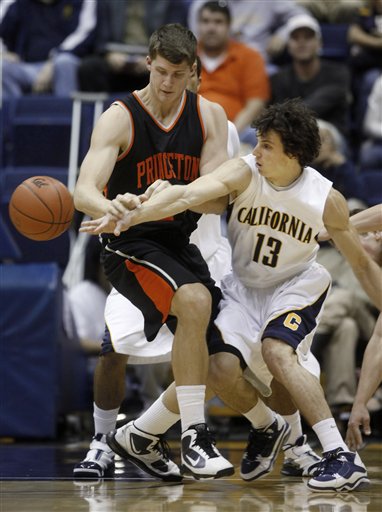 Niko! I wish I could say more about Niko, since he does deserve credit for everything he’s done. His efforts freshman year was good, and I truly thought we’d see more of a two point guard system, but even when he were relegated to the bench, he maintained a composed presence on the bench. I’m really glad to see him get his playtime today, even if it was a moot point. ~CaliforniaBone

Had some accolades coming in, but got bypassed by more talented players. Didn’t complain and worked to fill his role as a bench guy. Played tough D and generally played within himself. Says something that he saw more important minutes than Seeley who is the better athlete and much more touted. ~Kodiak

What people will miss the most about Nikola:

A guy who has come up big at times, when asked. Sure he’s shot some boneheaded shots, or untimely turnovers, but when he lost his playing time, he still stayed with it. And he came up big locking down Dwight Lewis a couple of weeks ago. ~LeonPowe
that behind the back lay-up. ~Ed Yevelev
Michael Cera. How can you not miss him. ~nickle

random bankshot threes against UCLA, USC ~Thoroughbred
I love seeing him at the end of the game…because it means we probably have a big lead and are gonna win. Sorry, John Michael. ~Kodiak

quick smile and contributions when we least expect it (AZ, USC) ~geebear 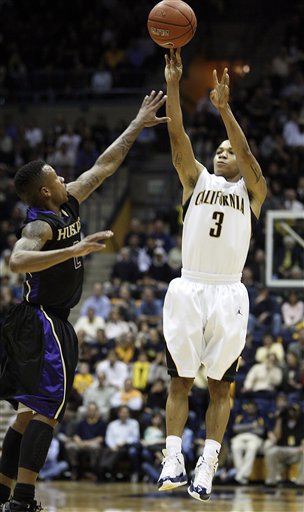 What a fucking badass. Since he’s stepped onto the court as a freshman, the kid from Chicago has made HUGE strides in his game. There is no one else I’ve seen in my tenure as a Cal fan (6 years now) that has improved as much as he has in 4 years. Nothing but love for Randle, especially when he’s having one of his Bulldog games. Additionally, he really stepped it up in the second half of conference play this season, singlehandedly keeping us in games at times and assisting his teammates when he’s having a down game. I’m really going to miss having such a strong player at the point. ~CaliforniaBone

From out of control TO machine, to Pac-10 POY. I don’t think I’ve ever seen a better shooter in a Cal uniform, especially from WTF range. Huge heart – he absolutely carried us at times this year. Not Monty’s type of PG, but they obviously figured out something that worked. ~Kodiak

What people will miss the most about Jerome:

his confidence. I think of last yr’s game against Arizona where he gave Lute Olson a senior day to remember. Just appreciate how much he worked to become the player he is today from the player he was when he got here. That’s a ton of hours in the gym. Very impressed with this guy. ~nickle

They should have centers try and guard him off the dribble for punishment. Absolutely unlimited range. And what a transformation from 07 to now. ~Ed Yevelev

the assassinations… everything! ~Thoroughbred

3’s from just inside half court that make you say "No…no…no…YES!" ~Kodiak 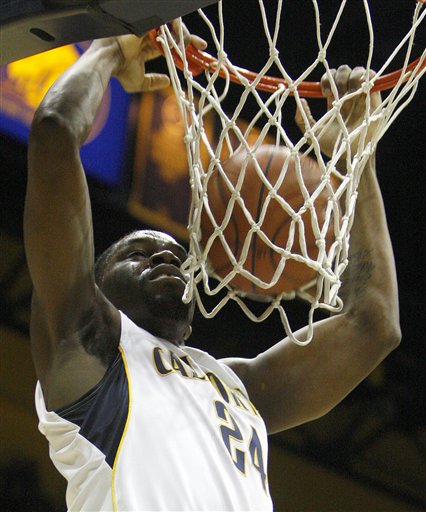 If Patrick is all potential, Theo is consistent. Gotta love the guy. All four years, he’s been our guy to make the clutch three. I still remember the first time he sealed a game against UCLA with a dagger from the corner. Ever since then, I can’t stop loving every single shot he decides to take. Hopefully we can find someone as consistent as Theo has been, but it might be too much to ask. The dude is ice cold clutch. ~CaliforniaBone

Mr. Consistency. My absolute favorite guy because he used hard work to make the most of modest athletic gifts. I always wanted to see a game where he said "F this. I’m the best player on this team, I’m bombin’." I really appreciated his team-first approach on both ends. If he doesn’t hold his own on the defensive glass this year, we’re in the NIT.  ~Kodiak
What people will miss the most about Theo:

his composure under pressure. Nothing gets to this guy and he always knocks down big big shots when he counts. Very dependable to his teammates and so unselfish. ~nickle

Never flashy, but he just goes out there and works hard both ends on the floor. Seems like he is always providing a big bucket, rebound, or assist somewhere. ~Ed Yevelev

steady, fundamental and the marksmanship ~geebear