Share All sharing options for: D.J. Seeley Transfers From Cal 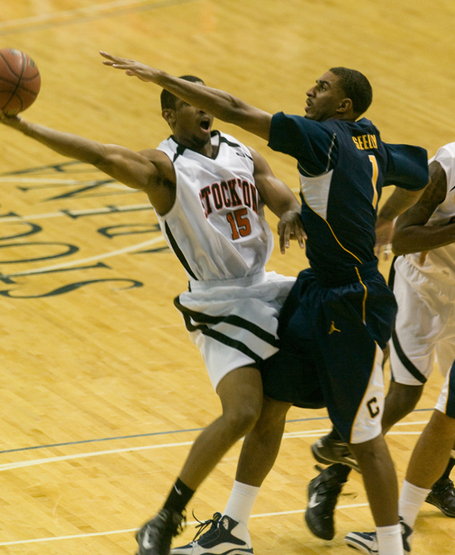 Well this is just the news I wanted to hear.

D.J. Seeley has decided to transfer from California and is looking for a new school...

According to our own Etop Udo-Ema that his former wing guard, 6-4 D.J. Seeley has asked for his release and is looking to transfer this spring.

6-4 DJ Seeley is a sophomore who was a big time recruit coming out of high school ranked as high as #39 in the country being recruited by Duke, Memphis, UCLA, USC and every school u could imagine. Committed to Ben Braun of California before he moved on to Rice and then honored the commitment to the new staff staying closer to home.

Many of us have been a little bit disappointed at Seeley's production during his time as a Golden Bear--he didn't even reach 40% from the field this year, and a very marginal 41% from two point range. His defense was less than stellar, which was probably a more glaring indictment than his offensive woes. He could never fit into the rotation with Christopher, Gutierrez and Robertson filling the slasher roles and seemed to enter Monty's doghouse for much of the conference season.

Still, we were all hoping that D.J. would be the guy coming in to replace Christopher's production off the wing and be our natural two guard this season--he was the only remaining slasher on this team. Cal is definitely going to be starting anew now. It might put more of a load on Franklin, Crabbe and Rossi to do more of the scoring early on, but hopefully Monty can find someone capable to replace him.

Add in the uncertain situation concerning Omondi Amoke and we could have SEVEN players gone from this year's conference title team. We wish Seeley all the best for his efforts--he did help win a crucial game in Seattle last year--and hope he finds a good home for himself soon enough.