Share All sharing options for: Cal Torches Louisville, Moves On To Face Duke 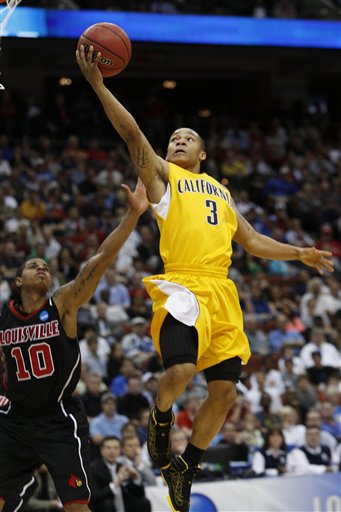 It was a true team victory for the California Golden Bears as they led wire-to-wire against the Louisville Cardinals. Patrick Christopher got us going early. Jamal Boykin was steady. Jerome Randle stuck a dagger into Louisville at the end of the half and showed only some troubles against the press. Jorge Gutierrez shut down whoever he was on (Smith? Sosa?). Theo Robertson showed off his pro skills in the second half and cut down every Cardinal rally. And big old Max Zhang closed the door.

Big game, big effort. Savor this one Cal fans. It's time to face the Dukies.

3. What was the most pleasant surprise of the game?

4. What did you think of Montgomery's strategies?

5. How does Cal match up against Duke?