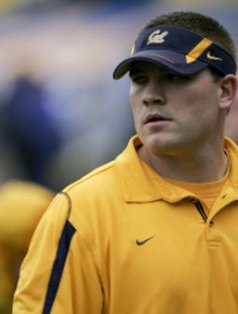 If everything works out according to plan, the Bears are going into 2010 with a great defensive class that'll carry us into the SAHPC era. Considering how concerned we all were with the lack of depth in our defensive units going into the next decade of Cal football, it looks like Jeff Tedford, Tosh Lupoi, and the other assistant coaches have pulled us through and beyond our wildest expectations, starting with Chris Martin's reversal from Notre Dame and capped off by the dramatic commital of four outstanding North Carolina recruits today. A top 10 class according to Rivals sounds about right (ESPN and Scout have us in the 20s), and just has to make you a little excited about what the future holds for our Bears.

Tedford will be having his official press conference at 2 PM at CalBears.com. The list of recruits, i.e. the Cal class of 2010 (if there are any more surprise commits, post in the comments) are after the jump

It's been one heck of a recruiting season, and thanks to everyone on the site (especially solarise) for compiling the links and updates on every interested recruit, day after day after day. To wrap up this year in recruiting, discuss the recruits more, the other Pac-10 schools recruiting, the overall big picture of Signing Day, or just revel in the comments! GO BEARS!