1.  Was Steve Marshall doomed by the lack of talent from Coach M's recruits? Or were the new schemes he implemented too much for Cal's offensive linemen to handle?

Kodiak: No.  I'll let someone else do the research, but I believe almost all of the players in Cal's offensive line two-deep this year were well-regarded as recruits.  Whether recruiting ratings/rankings correlate to talent is another question.  I don't know enough about offensive line technique and scheme to say which was the more glaring weakness.  It was probably some of both.

Even in the last game of the season, there were plays where guys simply didn't block anyone.  For example, on the 3rd down sack of Mansion on our first drive, Schwartz does not block the DE. (most outside pass rusher)  There is no TE help.  And the RB on that side went out in a pattern.  That looks like scheme/blown assignment.  On the same play, Edwards/Schwenke fail to double-team their DE.  That's both lousy technique and perhaps not knowing which of them was responsible for the inside/outsider rush?(scheme)  Faceplants all around....But that doesn't look all that complicated or complex to me.  If you can't prepared 5 guys to block 3, it's not the scheme - that's just bad coaching.

solarise:  I'm not aware of Marshall's coaching methods. Our offensive linemen though are well-regarded recruits. 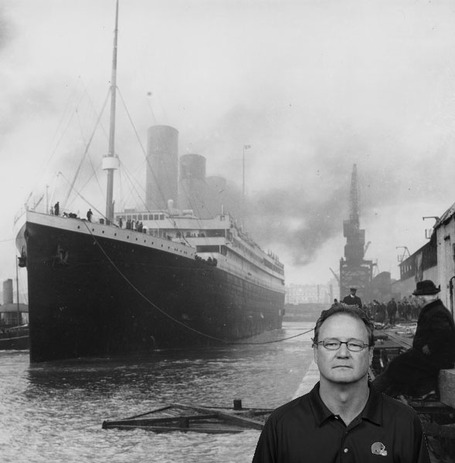 Steve Marshall at the launching of the Titanic, proclaiming that the vessel would be well-protected and would sail the seas for a thousand years. (HT Redonkulous Bear)

2.  Mitchell Schwartz seemed to regress from his first year with Coach M (he looked like he was showing major promise) to being merely average in his first two years. That seems like a pretty damning indictment of Marshall. Having watched the rest of the offensive line the last two years and seeing the same guys in action two year's running in his scheme, would you say they've regressed, maxed out, just not developed well enough?

solarise:  Not sure where this talk of regression is coming from. Mitchell Schwartz performed admirably IMO. He's been more than adequate against DEs protecting Riley & Mansion's blind side. I can't speak the same for the rest of his mates on the line though: 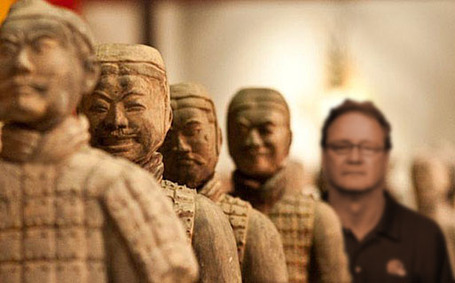 Steve Marshall in China, sampling the type of offensive linemen he wants to develop--sturdy and frozen. (HT zoonews)

3. Any offensive linemen you're high on? Any O-linemen you never want to see on the field again?

Kodiak: I like how Galas pancaked Vontaze Burfict.  I know he was relatively inexperienced with making the line calls, and was good for a hold per game.  But the line had so much more push up the middle when he was in there.  It's kind of mean to pick on departing Bear seniors.  I know that Guarnero and Edwards tried their best and I wish them luck in their future endeavors.

I can live w/o seeing Cheadle & Summers-Gavin at right tackle ever again. 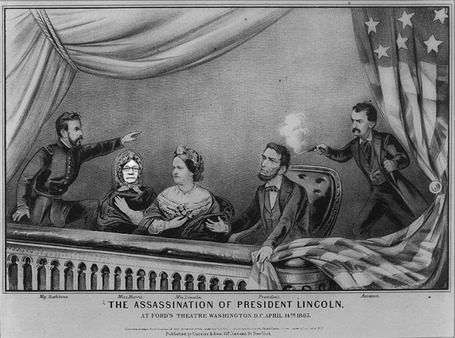 4. With Marshall gone, it's not likely Coach M will just walk back into our arms. What type of O-line coach would you want to get?

Kodiak: A tough SOB who kicks *ss, chews gum, and is out of gum.  Needs to be a great teacher to help guys develop proper technique.  I'd be happy with technique and attitude.  It would be nice if he's also savvy enough to help make in-game adjustments and can help with recruiting.  That's not asking for too much, is it? 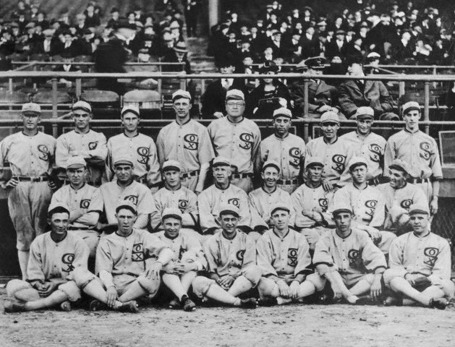 5. Look ahead to the future--despite the pain we feel now, we have a lot of young guys coming up--Charles Siddoway, Chris Adcock, Geoffrey Gibson, Alex Crosthwaite all look promising. How quickly can our offensive line turn around and we can all get back to a humming Tedford offense?

Kodiak: Next year, we have three returning juniors and two returning seniors with young talent pushing them for time.  With the right coach, I feel confident that the potential is there.  (See: Cal, 2002)

solarise: I'm hoping the answer is 2012 when Memorial reopens.