The California Golden Bears try to salvage their prestige and reputation when they take on the Washington St. Cougars in Pullman. Cal is 0-4 on the road, and aside from flashes of life in Tucson, they have been battered and pummeled in every one of those games. Jeff Tedford has not won a game outside the Bay Area against a winning opponent since the Kevin Riley era began.

The Kevin Riley era is over though, and now the Brock Mansion era begins. Mansion showed some promise in three and a half quarters of relief, and thankfully he'll get the most opportune opponent for his first start. The Cougars, while steadily improving year-after-year, are still the worst team in the conference, and Riley or no Riley, there are no real excuses you can offer for Cal not winning this game. A loss will all but ensure Tedford's first losing season and that Cal's final homestretch in the current incarnation of Memorial Stadium will be one for the ghosts.

Cal: Kevin Riley (out for season) and our souls (questionable).

Recent History with Cal: Golden Bears beat Wazzu 49-17 in Berkeley last year, and romped them 66-3 the season before in Pullman.

If Jeff Tuel was on a good team, we'd might be legitimately be considering him as one of the best quarterbacks in the conference. The Cougars have a lot of problems, but passing isn't one of them. Tuel has had some pretty big performances, particularly against UCLA (a near-win) and Oregon and Furd (where he kept the games from being laughers).

Although there are lot of interceptions, I'd attribute it to an inconsistent receiver corps and some other outlying factors.

Interestingly enough, Tuel is the former understudy to Beau Sweeney at Clovis West.

Sweeney doesn't begrudge any of the success his former backup is enjoying in Pullman.

"I am completely and genuinely happy with my decision to come to Cal," he says. "The biggest aspect of where I was going to go to school was not only the football program, but the school. So I am very happy with where I am."

And Sweeney isn't surprised by Tuel's success, either.

"I knew once he was the man and could go do it, I knew he would be a dang good quarterback," Sweeney says. "I expected wherever he went to play college football, he would just continue to get better."

The Cougars will need everything they can get from Tuel today. With Montgomery out and Winston hobbling, the Cougars could turn to little-used senior Marcus Richmond and junior Logwone Mitz to try and shorten the field for their quarterback. Because of poor offensive line play, the Cougars have averaged only 73 yards per game on the ground on 2.3 rushing yards per carry. I'm sure they're the heroes the Cougars have needed and they will torch us for 250 yards.

Cal's primary focus should be Tuel. They will probably go to their 4-2 nickel set, maybe even some dime packages to keep Tuel from unloading on the Golden Bears secondary the way Matt Barkley did three weeks ago. Pass defense will be critical to keep the Bears from giving up points.

So remember how we've all been fixed about how awful USC and Oregon State were against the pass, but we conveniently ignored how they were still decent enough run defenses that if our offensive line folded like an airline company, death would await us? Well... 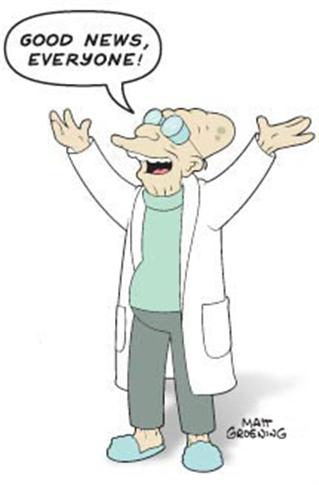 Washington State is bad against both!

Frightening numbers. They did manage to freeze up Arizona (although Nick Foles was injured for much of this one), but you see that every team has found a way to be successful on them. In some ways holding Oregon under 600 yards of offense might be their most impressive feat all season.

The question is can Washington State's front seven take advantage of Cal's inconsistent offensive line? The team will be in shuffle mode this week, so there might be some mismatches for the Cougars to take advantage of. Otherwise, this is Shane Vereen and Isi Sofele's best chance to have breakout games this season, since any sort of blocking should be good enough for getting the offense going.

And if not? Well, it'll be interesting to see the way Brock meshes with his offense. I know he probably hasn't played well in practice (considering his constant rotating between the second and third-string units these past two seasons), but Mansion might be able to show some stuff on the field against the worst defense in the Pac-10. If he can't get it going, it's not going to be an easy four games to finish 2010.

All-in-all, I have no expectations the rest of the season. It's a bit of a release, although it wouldn't make a loss this weekend any easier to swallow.