While a lot of the focus will be on the Oregon offense (and we'll get to get that later), there seems to be a lot of people ignoring the importance of the Ducks defense and Nick Aliotti's contributions to Oregon's BCS Title run. The Ducks are breaking the record books with their scoring, but they wouldn't be scoring as much if they didn't have a strong defense to give them the ball back to score again.

Moreover, it was Oregon's defense that shut down Cal's offense in Eugene a year ago and eventually unleashed the demonic beast of Oregon's offense to terrorize the Pac-10 from that point on. While nearly half of Cal's offense from that dreadful Saturday in September won't be on the field in Memorial (Kevin Riley, Jahvid Best, Verran Tucker, Mike Tepper), virtually ALL of the Oregon defense from that homewrecking sans T.J. Ward returns to try and get the first Duck victory in Memorial in the Tedford era.

Most impressive of all? Oregon has allowed 149 points in first halves of this season. They have shrunk that number to 48 in the second half. That's under six points a second half!

This isn't a great Oregon defense, but they're plenty good. Eventually, they give the ball back to their definitely great Oregon offense, which makes them great for this team.

After the jump, a look at personnel and scheme, and how Cal's offense can hope to take advantage of the Oregon defense.

Scheme: Oregon has alternated between a 3-4 and a 4-4-2 defense most recently. Here is Buckeye Football Analysis (now part of the SB Nation family as the Ohio State blog Along the Olentangy) previewing the Oregon defense (click through for more info on their 3-4 and 4-2-5 base schemes!).

In the secondary, as the term suggests, Oregon is primarily a cover-1 team.  They  play as much, if not more, man coverage then any team.  Only ocassionally, when they line up with 2-deep coverage, will they play a cover 2, mostly in passing situations.  They put a lot of pressure on their corners to play man behind their blitzes.  This allows Oregon to bring pressure, but also leaves them vulerable to big plays down the field.  Teams can also rack off big run plays when they get to the second level.

Oregon also pretty explicitly telegraphs their coverages pre-snap.  This is particularly true with their 8-man front.  They have a 1-high safety and are pretty limited to playing man.  This is shown, for example, in the clip above.  When USC goes in motion, the CB follows.   Then, when they go to their 2-high look, it is a fairly good bet that they are going to play zone.

In sum, Oregon plays an aggressive, blitz-happy style that puts a premium on attempting to confuse and overload the offense.  The downside of this is that Oregon is vulnerable to getting caught leaving big gaps in the front and giving up big plays in the secondary.

Other than Kenny Rowe (who has wreaked havoc), the Oregon defensive line isn't particularly overwhelming in terms of one-on-one matchups. But they execute very well (particularly DT Brandon Bair) and open up opportunities for their excellent linebacking corps and ballhawking secondary. Linebackers Casey Matthews and Spencer Paysinger have combined for 107 tackles this season, with Josh Kaddu and Michael Clay providing solid anchoring (27 and 29 each).

The strength of the Ducks lies in their linebacking (excellent at handling coverage) and secondary (excellent at going one-on-one with receivers and the safeties playing excellent zone). John Boyett and Cliff Harris have broken up 17 passes between themselves (with Bair dropping back into coverage and deflecting and breaking up six more), and Harris has been returning punts like a madman. Good times for Aliotti, no doubt.

So what can Andy Ludwig do to best his former defensive partner? A few things.

Ball control. It really all starts with this. Cal cannot afford many three-and-outs. Every time they get sent off the field, they put more pressure on the defense to make plays, and the defense has not handled added pressure very well this season. The Bears must run the ball and run the clock, and bleed away Oregon's possession opportunities. Ohio State won the Rose Bowl much in part to controlling the ball for nearly 70% of the game.

Quick-developing plays. During 42-3, Cal stubbornly stuck to slow-developing and predictable plays that got blown up over and over because the offensive line couldn't get in position and/or block their men. This made it harder for plays to succeed. So the key against Oregon will be to get the ball out quickly.

In the Ohio State victory over Oregon, there were several tricks the Buckeyes utilized, and many of them involved Pryor getting the ball out early to keep Aliotti's defense off-balance. BFA detailed the particular strategies the Buckeyes used to counter Oregon's man schemes.

True to form, Oregon play an aggressive blitzing style with soft man coverage behind it.  So what did OSU do???  Run underneath man-coverage beater routes all night.  Double slants were the most prevalent.  Again and again OSU moved the chains by hitting the inside double slant before Oregon's man coverage could converge.  OSU also featured bubble screens, running back arrow and wheel routes out of the backfield against man-coverage linebackers, seam routes, quick outs off the zone read fake, and fade-stop routes, most famously on the last TD pass to Posey.  OSU did a great job controlling the ball and moving the chains by featuring these routes.

So we need to see plays that don't take much time, which will in turn pick up yards and increase the chances of moving the chains and the clock. Keeping the ball out of Oregon's hands for any extended stretch of time is a moral victory, and the first step toward getting to the end zone.

Offensive line has to play well. My thoughts about this happening are described as such. 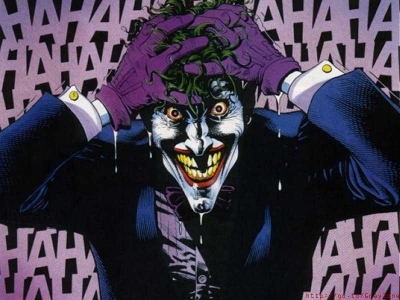 Yeah. I don't see it happening. So let's find ways to work around it.

Short throws (drag routes, crosses, comebackers) against heavy pressure. Ultimately, Oregon's weak spots are whereever the blitz coverage is coming from. So what does that leave open? Generally the flats, but also the parts of the field where the Oregon defenders were before they blitzed! So look to attack the areas where the blitzes come from. Unfortunately, Mansion probably isn't as adept at reading the blitzes as previous Cal quarterbacks, mostly because it's his second start.

Mansion can run with the ball. Similar to Pryor, Mansion is more of a threat to make things happen with his legs. Although you probably don't want to see him do anything more than pick up yards on broken plays, if he finds a way to pick up yards he can probably pick up crucial yards when the coverage is blanketed on obvious passing downs. Allow him the freedom to operate and take off downfield and he might make Oregon think about making adjustments, and it could open up further opportunities.

Mix up playcalling, but stick with what works. If Cal is picking up first downs running the football, use that to set up the pass and vice-versa. Keep the chains moving and the points pouring.

Additionally, I feel I could just repost HydroTech's postgame thoughts after last year's blowout. They all hold true for this contest. Play variety will be crucial, but more importantly find a way.

(a) Needed more running play variety; [I would have liked to see Cal use 22 personnel more (2 backs, 2 TEs, 1 WR) out of the big-I.  This would have put a lead blocker on the field, and provided the offense with balance (no real strength to the formation as since there is a TE to each side).  Out of this formation, Cal can use outside zone stretch to run Best to the outside, as well as let him choose his hole.  This formation is a great playaction formation too because it's a run formation and there are plenty of blockers who can stay in to block on the playaction (usually one of the TEs, the RB, perhaps the FB).  But we saw little 22 personnel against Oregon which was a bit of a surprise to me.]

(b) Needed more outside zone stretch to give Best a shot at the outside, plus it utilizes his great vision and allows him to hit cutback lanes that appear in zone blocking.  Plus, these plays carry the threat of a QB bootleg whereas Cal's man-blocking schemes do not.  The added threat of a QB bootleg can help control the backside defender and pursuit, and open up things for the running game.

(c) Needed more playaction.  Needed playaction with the 12 personnel and 21 personnel by booting (bootleg) the QB and dumping the ball to TEs and FBs in the flat.  Playaction bootleg out of 22 personnel Big-I Formation is a good possibility too.

(e) Needed more trips bubble screens (with the zone read fake) to get Oregon defenders outside of the box.  Oregon wasn't respecting the pass.  If you don't use playaction, then use trips WRs and bubble screen to the receivers.  Such short passes might have gotten Riley into more of a rhythm too.  Also the trips bubble screen is a great way to set up the trips fake bubble screen bomb - which was essentially the play that Oregon used against us for a touchdown.

Ultimately, Cal must make Oregon pay for being aggressive on defense. That's how they crushed the Ducks in 2006. That's how they won in Autzen in 2007. That's what they'll need to bring on offense to topple number one.