10. Quarter vs. semester system. If there's anything we know about our Golden Bears, it's that they're earnest bookworms. When Josh Hill was contacted about how much film he plans to study to avoid getting burned by the Pistol offense the second time around, the social welfare major remarked, "Nope, sorry, gotta write a report on urban decay in West Oakland." Ditto D.J. Campbell, who will be spending his entire week building a homeless shelter with his own two hands. And about 80% of time this week will be dedicated to midterms as they hole up in Cesar Chavez Center and try to figure out the difference between an elastic and an inelastic product.

Meanwhile the Bruins will spend their nights on the Santa Monica beach (only week 2/3 of school!) studying the playbook and saying "Sup girl" to every fine LA lady that passes by them. Because Cal believes in the model student-athlete, they're more than happy to allot time for our team to do their thing in the classrom, no matter how much it makes Jeff Tedford facepalm this Saturday.

9. If at first you don't succeed, do the same thing over and over. Clancy Pendergast is a man of remixing parables. You might remember that a few weeks ago, a Pistol offense ran up against a defense that had allowed ten points all season, and Pendergast was like, "Oh, you think you can just fake out my defense? You got another thing coming son. Time for an all-out attack! " All of a sudden, BANG, 52 points.

Pendergast, however, has been known to appreciate the element of surprise. So naturally, the most surprising thing he can do this week is not change anything. Expect ten men crashing toward Johnathan Franklin in a tied game in the 4th quarter to get a safety, and then witness the horror as tortoise-hybrid-Bruin quarterback Kevin Prince fakes everyone out and breaks off for the longest touchdown run every given up at Memorial Stadium.

8. It's a trap! Within a trap! UCLA stumbled and bumbled their way to an unimpressive 42-28 win over the Washington State Cougars, particularly on the defensive side of the ball. And it worked perfectly, because their win has certainly lulled Cal into a false sense of security about this game. You can imagine the UCLA coaching staff informing Richard Brehaut that his work is complete and he's no longer of use to them.

General Lando Calrissian (err, excuse me, Rick Neuheisel) is a master of gamemanship, and he knows the Bears and Kevin Riley will be thinking they can just feast on his unit. So after Chuck Bullogh spent an entire game making Jeff Tuel look like the best college quarterback in the conference country history of mankind, he'll engage the Cal offense at point-blank range. Look for Rahim Moore to lock Marvin Jones in a guillotine choke, and Akeem Ayers to hit Shane Vereen on every play, even when he's not involved in the play. Cal's on defense?  Ayers will sneak to the sideline and shoulder-hit an unsuspecting Vereen while no one's watching (Eric Stevens will try to hit Ayers but end up tackling the air).

7. The Cooler. Kai Forbath has booted nine of nine field goals against Cal, and if the Bruin offense stagnates, you can expect Forbath to come in and rocket three points on the board for the Bruins. 70 yard field goals are a definitive possibility, since Forbath's leg seems to be a mixture of human muscle and elastic rubber that allows for the maximum extension when the kick goes skyward.

To turn the tables and rile up Giorgio Tavecchio, Forbath will proceed to celebrate by taking an Italian flag out of his holder's helmet draping it around him. Then he'll pretend to dive after every successful field goal kick, going to the ground and howling in pain like a true Italian athlete should. The laughter that will generate from the Cal fans will leave poor Giorgio's confidence wrecked, turning three points into zero points.

6. Battle in no man's land. In a battle of sputtering offenses, Andy Ludwig and Norm Chow duel to the bottom in who can call the most baffling gameplan possible. Ludwig will start with running the ball on 1st and 10 and passing the ball on 3rd and short from shotgun empty set. Chow will counter with running the pistol on 2nd and long and throwing an out route on every third down. Ludwig will outdo him by running the ball successfully, then passing the ball immediately afterward to kill all momentum. Chow will be like, "Oh you think you got this?" and proceeding to run the ball on thirty straight plays, even when they go punting every drive. Ludwig will be like "Oh no you didn't", taking the ball out of Vereen's capable hands and make Riley throw 35 times when Cal only needs to pick up five to six yards.

Cal's offense should be better than UCLA's, but Ludwig's perpetual need to one-up Chow could sink us before we ever get started.

All the numbers I randomly picked for our detriment point to a Golden Bear loss.

Bear cubs & their mom (via eljunj4ik)

This might seem like a clearcut advantage for the parents. Well, watch the videos. Then talk to human parents these days about how exhausting it is to take care of a kid. After that, you might reconsider exactly who wins the war. Plus when do mama and papa bear stop playing with the kids? Eventually their antics will tire out the parents, and victory will slip away.

So as the grownups here, our Cal players will nurture our inconsistent Bruin counterparts for most of the game. It'll be their undoing. Darian Hagan will try to help the confused Randall Carroll along for three quarters, so by the 4th quarter he'll be able to run a deep post route. Cal's offensive line will start showing UCLA's defensive line all its tricks; by the final several Cal drives, Riley will be better off punting the ball into his own end zone rather than deal with the multiple concussions he'll pick up from the four unblocked Bruin linemen that enter the backfield. We will harness a demon onto the football field, only to see it feast on our flesh.

3. Put in that Big Red. For weeks, people have been begging for Loggy compatriot, DJ Michael Costanzo, to take over as the new starting defensive end in place of the imposing Cameron Jordan. It's a situation that has been fermenting and boiling to the surface every week, culminating with Costanzo strutting into the Arizona fan section and challenging each fan to try and beatbox him out. It didn't go well for the fanbase.

If Jeff Tedford starts Costanzo, UCLA could run the ball on every play and at worst win by 30. If Jeff Tedford doesn't start Costanzo, he might be kidnapped by the millions of Mike Costanzo fans staked outside his office Friday night. It's an unenviable prisoner's dilemma, and both scenarios smell doom for Cal.

2. Rick Neuheisel can sell you anything. Before the game, you will be approached by a dandy-looking figure with exquisite hair. He will offer you an incredible deal; if you leave the stadium right now, he'll construct a monorail in your city. 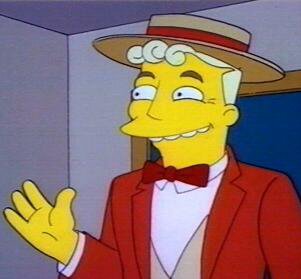 By the time kickoff rolls around, the stadium will be half-empty, and the Cal fans who missed the sales pitch will be pondering, "Hey, why does this look like a UCLA home game?"

1. Keenan Allen falls in love with unidentified UCLA cheerleader, tries wooing her for rest of game. That says it all right there. If Shakespeare were alive, he would've labeled this game as "Allen's Folly."