Avinash: Before we get to the particular aspects of his coaching tenure (like game management, recruiting, adjustments, game planning, which we'll get into later today), we try to look at the big picture of Jeff Tedford's time at Cal. Kodiak is our optimist, CBKWit our pessimist.

Kodiak: My biggest concern goes beyond the X's and O's. Jeff Tedford is responsible for molding the team's character and getting them emotionally ready for each game. It's been hit and miss ever since the night he threw his clipboard against OSU. On the one hand, you have to give him credit for rallying the team last year after awful back-to-back losses to beat UCLA, and rallying from Jahvid Best's concussion to upset Arizona and the Furd. On the other, you wonder at how the team seemed to be overwhelmed against SC and Oregon.

He was supposed to be focusing on a new approach this year; more of an emphasis on competition while keeping things fun and loose. For the most part, I've felt that the team looked well-prepared and has been giving great effort this year. Yesterday was a notable exception - we came out really, really tight. For there to be so many mistakes made in all phases points to the guys just not being mentally ready to play and that's on the head coach. I thought our effort was there...it's not like they came out flat, but maybe the guys were too geeked up. It's got to be a tough balancing act getting young men to be appropriately fired up, but to still play with discipline. A lot the issues on D vs. NV came from young guys blowing assignments because of being overly aggressive or excited. We had serious issues w/ 'SC's mis-direction plays...perhaps we were over-pursuing or getting caught trying to do too many things.

I have no real answers here, just more questions. I know that Tedford works very hard and cares more than we do about the success of this program. He's constantly trying to evolve as a coach and to change things for the better. Perhaps he's over-analyzing things and needs to get back to the basics of how he resurrected this program in the first place. He established team leaders, emphasized accountability, and paid attention to re-building damaged psyches and to instilling a winning culture and mindset. He also played to his strengths - he was directly involved with developing the quarterbacks and the offense. I think he's a better QB coach and OC than any of the guys we've had through the rotating doors at that position since Cortez left. Maybe he needs to delegate some administrative work and get a little more hands on.

I think it's a little premature to write off this year after one bad loss. Let's see how the coaches and players respond over the next few weeks before we start building bonfires and sharpening pitchforks.

I know it's frustrating that the worse losses under his tenure have all come within the last two years. That's certainly a disturbing trend. I think he did "A" work during his early years, "B" work in the middle, last year was a "C+"...and this year is still incomplete.

Replacing him or Sandy simply aren't reasonable options. They're only the best coach and AD we've had in decades. I appreciate that he runs a clean program, goes above and beyond to help his players succeed academically, and typically ensures that both he and our players represent the university with class.

We're going to get the SAHPC built, reap the boost in recruiting dividends, and then we'll see. If it's diminishing returns or a downward spiral, then it's time to ask the hard questions. 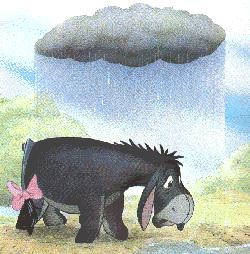 CBKWit: Sure, if all of your players win their battles on a given play, that play will likely be successful. But you can also beat a more physically gifted team (one that would generally win its physical battles - I'd say we'd all agree that USC has more physical/athletic talent than Cal) by out-scheming them. You can definitely increase/decrease your chance of success through game planning and play calling (and teaching and recruiting etc). It's not like Oregon has the best athletes in the country, or even the conference.

I think a lot of close games come down to execution. But to be so utterly dominated and blown out, it's tough for me to pin it all on players making execution mistakes. And since we seem to be getting blown out pretty regularly at this point, and because we have shown a pretty clear trend to lose on the road, I don't think we can just simplify to execution. Even if you take that argument, we haven't been winning consistently for years...mustn't you hold the coaches responsible for that at some point?

Jeff Tedford is responsible for the football program. He hires all the other coaches. They recruit the players. The design the game plan, they design the plays, they teach the players who they recruited the plays and fundamental skills. They call all of the plays.

It's fair to point to execution on a given play or even a particular game as a factor in the outcome, but when our team is so consistently putrid on offense, and wins road games so infrequently...when our recent quarterbacks have regressed, in terms of confidence and production...when our team has now been blown out in 5 of the last 14 games...that falls to the coaches.

I was not at all surprised that we lost this game. Here's what I wrote last week in Reveling in Victory (seems so long ago now!):

In the meantime, despite our 28 point win, I'm not expecting a win against sc next week. We haven't even scored a touchdown against them the last two years, so I remain skeptical about our chances against even a depleted, mediocre trojan team.

After we (probably) lose to sc next week, don't get too down - we'll turn around and beat asu at home. But don't get too cocky after that, because we'll almost definitely lose to osu on the road. Cal football: as predictable as Little Italy hitting the upright on his only field goal attempt.

What I was a bit surprised about was the way that we lost, which is becoming a fun little trend. This was about as uncompetitive of a game as you will find in college football. As I have consistently said, we have not had a decent passing attack in 3 years, and we have come to the point where we expect to lose every road game. Tedford's program is on the decline.