(Note: I have to get this out of my system. More serious thoughts coming later this week.)

In an unbelievably dominant display of FAIL football, the California Golden Bears were the victors, getting run up and down from start to finish in a 48-14 loss to the USC Trojans. It was the Sistine Chapel of facepalms, a game that will rank up there with "42-3" and the "Tom Holmoe era" in terms of absolute abominations.
"It was a magnificent performance. I didn't think we could make the USC pass defense look that good after the way every offense they faced managed to torch them. But we found a way." Jeff Tedford stated with no smiles. It was almost as if he was expressing grim satisfaction at the result. "I'm happy I was able to assist with a 4th and inches punt in the second half, but this was a total team effort." 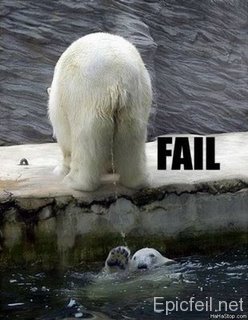 Lots of credit goes to Andy Ludwig for designing magnificent runs up the middle right into the arms of Jurrell Casey and Armond Armstead. I always felt like we weren't letting Shane Vereen get gobbled up enough; outside runs to take advantage of inexperienced linebackers wouldn't have achieved the level of FAIL we were trying to accomplish. When Vereen got a bunch of his yards on zone stretch plays and his only touchdown on a jailbreak screen, it obviously put a few blemishes on what was almost a perfect picture of FAIL.

The Wildcat with Isi Sofele was an additional stroke of genius, especially when we tried to challenge everyone up front after showing no inclination at being able to block out everyone, even with double-teams. Also when the offensive line had trouble blocking everyone, it was important for Ludwig to rely on only two options (the jailbreak screen and the play-action rollout) instead of going to checkdown routes or a quick-hitting empty set offense.

Ludwig really went beyond the call of duty today. He deserves much credit for his weak and colorless strokes. He's the Picasso of three-and-outs.

More credit goes to Steve Marshall for not preparing our guys for dealing with Red Bull-aholic Ed Orgeron. I really appreciated how we could get no push up front and let Trojans roam in the backfield after they looekd fairly average for most of the season. I thought our undersized Chris Guarnero and inexperienced Brian Schwenke was the perfect double-team threat to take out a future all-American and Top 10 NFL Draft pick in Casey, and that everyone else did their best to ensure gaps filled up and Vereen and Sofele got nowhere.

Wide receiver coach, Kevin Daft's impact on this game cannot be understated. Marshall and Ludwig might be your Lincoln and Washington of Presidential FAILS on offense today, but Daft definitely showed us he could be the the Teddy Roosevelt.  Kevin Riley was throwing the ball too well for most of the game, so Marvin Jones, Spencer Ladner and Michael Calvin muffing those footballs in their lap were especially critical to maintaining the essential number of facepalms. Special assist goes to Anthony Miller, who has apparently eaten his way out of potential greatness. He's transitioned seamlessly from being an imposing figure to simply being large, and it's helped to keep us from stretching the field. 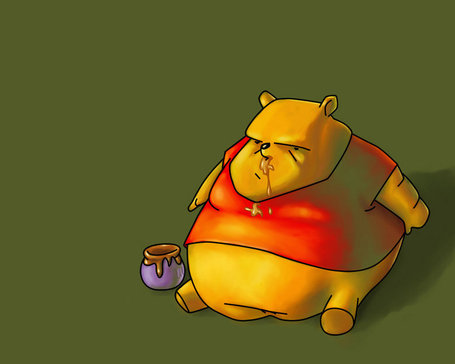 The defense really worried me in this one, because they had looked pretty good for most of the season. Thankfully, Clancy Pendergast was up to the task, as the Bears all seemed to forget how to tackle, maintain gap discipline, and not recognize how to handle misdirection. The defensive line getting dominated by the Trojan offensive line (particularly Kristofer O'Dowd handling Derrick Hill well most of the game), along with Mike Mohamed being gimpy and the linebackers always struggling with discipline led to an avalanche in the running game, with USC picking up 211 yards behind Marc Tyler and C.J. Gable (Gable's season is apparently over, but not before he ended ours!).

Pass defense had been pretty lockdown all season, so Darian Hagan getting hurt for most of the first half was important to ensuring Matt Leinart Barkley torched the Bears during the critical stretches of the game.  Putting safety Chris Conte and nickelback Bryant Nnabuife back in corner coverage against USC's tall and physical receivers. I have to thank Robert Woods and David Ausberry for making our promising young cornerback Marc Anthony look bad through no real fault of his own, compiling 169 yards on 11 catches. The rest of the game was spent exploiting Conte, who was hapless back there trying to handle those big physical receivers in man coverage. 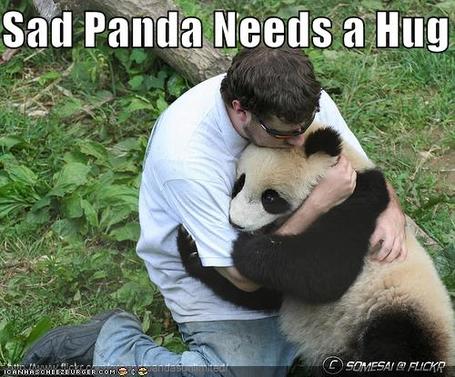 Finally, all thanks goes to the USC offense and defense deciding to stop mess around after looking schizophrenic on either offense or defense against Washington and the Cardinal. It's always nice to know that no matter when the year or whoever the coach, you can always get up for beating the Bears. I don't know how you manage to outscore us 78-17 with two of the weakest Trojan teams of the decade after playing you guys close to the vest against the best of the era, but apparently we've decided to get weak along with you.

All-in-all, I'm really proud of everyone involved in this one. This type of performance wouldn't have been possible without everyone stepping up and embracing their inner suckitude. And boy did we step it up. Go Bears!