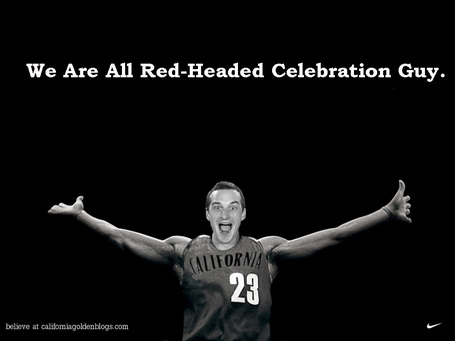 Thanks to SoCal Oski for the work above.  Send Cal BBall photoshops to goldenblogs@gmail.com

As good as last year's Jorge Game was (and it was great), I could get used to this.  Cal won 92-66 in a game that was rout from the beginning.  The last time Cal beat Stanfurd by as many as 26 points was February 1986.  Put another way, this was the largest Cal victory over the Furd in the last 50+ games between the two schools.  It may have lacked the drama of Big Game, but who cares?  It was a decadent, luxurious, relaxing victory, against a program that is used to doing the same to us.  On Saturday, and for the foreseeable future, this is a lopsided rivarly in our favor.

Why was it such a rout?  I could talk about Jerome Randle's scoring acumen or Max Zhang's continued development, but that's not the real story.  No, Cal is plenty good, but this game was more about how impressively bad the Cardinal is.  They have two good players, forward Landry Fields and guard Jeremy Green.  That's it.  The rest of their roster does not belong in a major conference.  I'd like to see Andrew Zimmermann, Matei Daian, or Da'Veed Dildy compete against Lil' Romeo in a "worst scholarship player in the Pac-10" competition.  The fact that I can nominate three furd players for my contest and not mention my favorite whipping boy Drew Shiller is pretty telling.  I will grudgingly admit that Drew has improved since his 9 minute, 4 foul performance against Randle two years ago; he still doesn't have D1 athleticism, but he's learned how to stay in front of his man on defense and there's a scrappiness to his game that the rest of his team could use.  Then again... 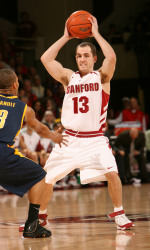 ...if this is your 3rd-5th best player, there's a good chance your team is terrible.  Which Stanfurd is.  It's one thing to "know" that Stanfurd is bad by examining their statistics, and to know that Cal should beat them about as easily as they beat UCSB last Tuesday.  It's another to watch them play, to see their utter dearth of talent and say "they really are much worse than Murray St."

You know what else sucks?  Looney's.  Looney's BBQ at Oxford and Bancroft.  I ate there last year about this time, because Eddie and Matt hold the Cal post game radio show, "March2March" in the restaurant.  It took us about an hour to get our food after we ordered and they served us a bowl of melted ice cream.

I decided to give them another shot last Saturday, for the same reasons I did a year ago: short walk, beer, and Theo Roberston speaking live on the show, in person.  I also figured that Looney's would have improved on hopefully everything in the last year.  Nope!  It took half an hour for our pitcher of beer to arrive, and another half our for our food.  A root beer float arrived 45 minutes after we ordered it.  No, really.  A few players at the neighboring table had a couple big plates of wings before our food came; when I suggested that they should share with us since we ordered first, Markhuri joked that they had put in their order before the game.

How about that giant projection screen and multiple flat screen tvs?  Not High Definition, that's correct!  That list of beer in easily updated chalk on the wall?  Completely outdated!  Spicy pulled pork sandwich?  Cold and mild!  Our poor waitress was sweating, because she was the only one working the 40+ people upstairs.  It was even worse than a year ago.

Looney's, I know I've said some harsh things in the previous three paragraphs, but it's only mostly because you're the worst restaurant (except Elephant Bar) in the East Bay.  It's also because you have so much potential (to be somewhat better than terrible)!  The closest bbq place is everett's at San Pablo and University, so there's no competition on Shattuck.  That projection screen is sweet, but spring for the HD, ok??  If you know you're going to have a huge rush of people (because you host the post game radio show and because it was the flipping Stanfurd game, which ended at dinner time), maybe you should update your beer list and have a few more people working in the kitchen.  How about having one more waiter working upstairs?  What's minimum wage, $8.50?  You'll cycle people through much faster, allowing you bring in a lot more income while only spending an extra $25 over three hours. 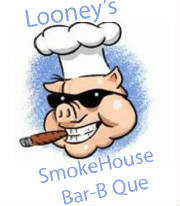 Take my free advice, Looney's!  I'll be back in a year, and I expect great things.

Not everything sucked on Saturday.  Jerome was great, hitting from way outside, dishing out 7 assists, and generally dominating the game.  24 points on 11 field goals is impressive.  Max played the best game of his career; beyond the points (almost all on put back dunks) and blocks, what stands out to me is 18 minutes and only 2 fouls.  3-5 on free throws is nice too.  Omondi Amoke had a quiet 12 points and 5 boards (3 offensive, of course).  He fouled out on an awful blocking call towards the end of the game and the crowd really let the refs hear it.  Christopher had another spotty offensive performance (seven points), but he was assigned to guard Landry Fields and did his job: Fields shot 9-24, 0-5 on threes, with the bulk of his 20 points coming towards the end of the game.  Jeremy Green was more effective (23 points on 50% shooting, though only 2-8 from threes), but aside from Green and Fields, Stanfurd scored only 23 points.  Cal had four players in double figures and another four with 5 or more points (so what if one of those is Nikola with a banked in three). 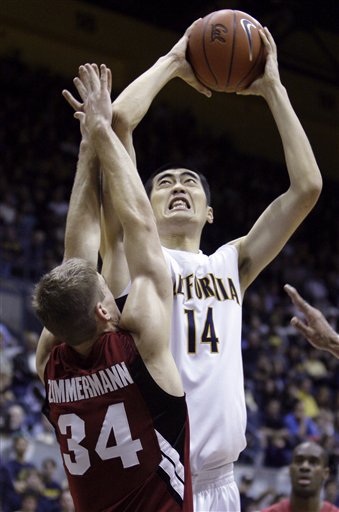 It's easy to feel good about Saturday's game for many good reasons, but it was a home game against what looks to be the worst team in the conference.  Cal did what it should have (win big), but without victories against the SoCal schools tonight and Saturday, it's not going to mean too much.  Fortunately for us, fucla is 6-8 and actually has a lower Pomeroy rating than the furd, and usc gave a scholarship to this guy: 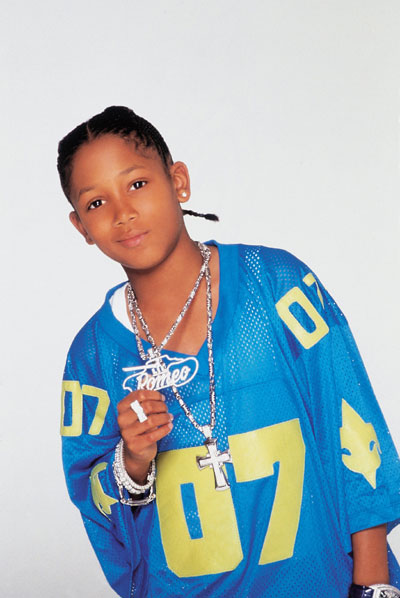 Students, band, there is a ton of ammo for heckling here.  It doesn't beat Mayo remarks ("Slice through that defense OJ!  Stab that ball through the hoop!") but you guys are creative.  Go Bears!